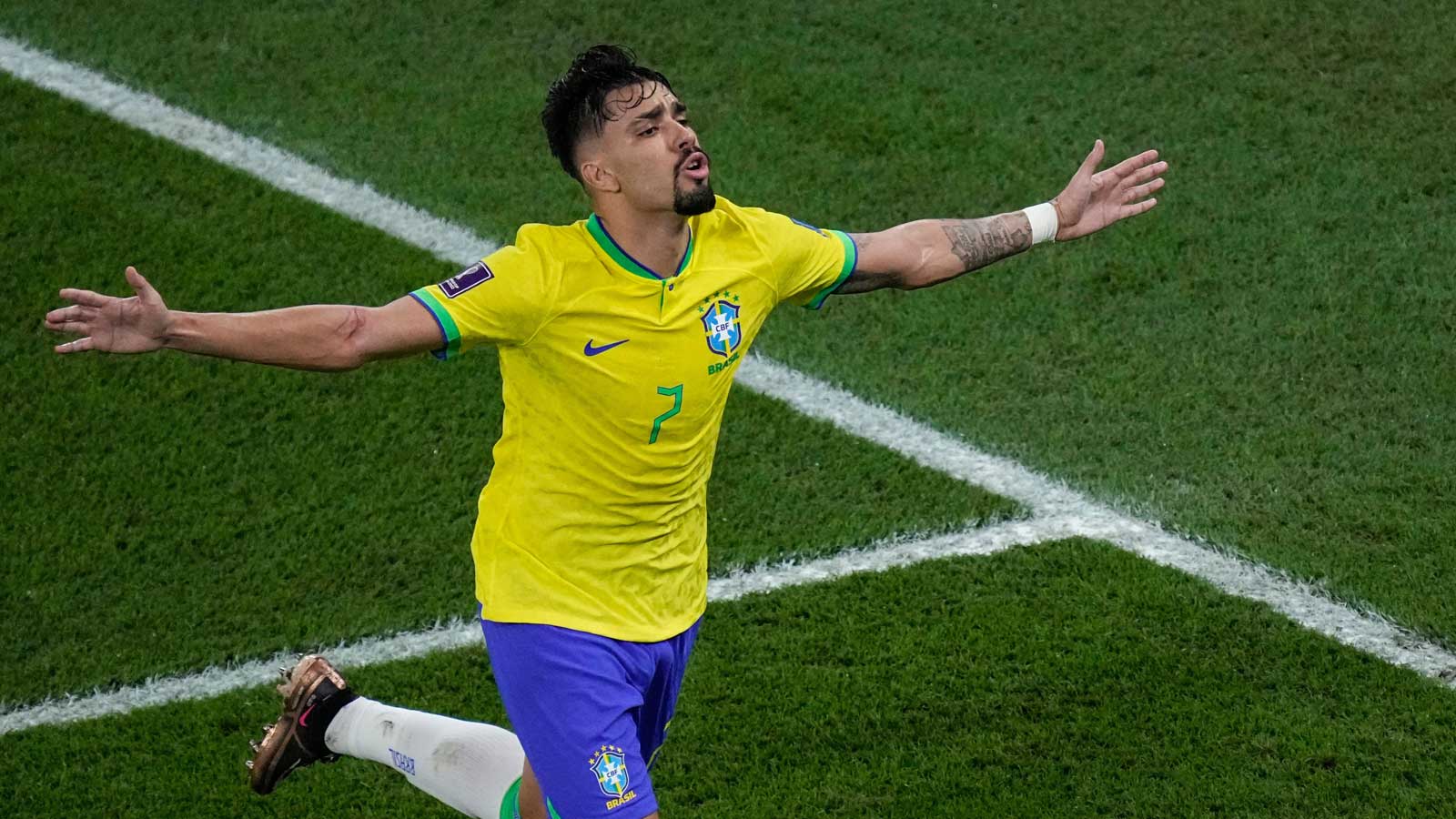 Lucas Paquetá scores as Brazil romp to the quarter-finals

Lucas Paquetá was on target as Brazil swept South Korea aside on Monday night to reach the FIFA World Cup quarter-finals.

The West Ham United midfielder scored the fourth goal of his side's impressive 4-1 romp at Stadium 974 in Doha.

Brazil were irresistible in a scorching first half display, racing into a four-goal lead to leave South Korea's hopes in tatters by the game's midpoint.

There were only four minutes on the clock when Vinícius Júnior swept onto Raphinha's cutback to take a touch and loft into the top corner.

Six minutes later Neymar made it two from the spot and South Korea were already facing an uphill task.

...are we looking at the potential World Cup winners? 👀#ITVFootball | #FIFAWorldCup pic.twitter.com/smShRPC9sP

That became almost impossible on the half-hour when Richarlison finished off a flowing move, while Lucas Paquetá's moment arrived nine minutes before the interval.

Brazil's No7 arrived right on cue to meet Vinícius Júnior's chipped cross with a controlled volley and notch his eighth goal in his country's famous Yellow and Blue.

South Korea pulled one back after half-time through Paik Seung-ho, but Brazil - and Lucas Paquetá - had already completed their task in style, setting up a last-eight meeting with Croatia on Friday.