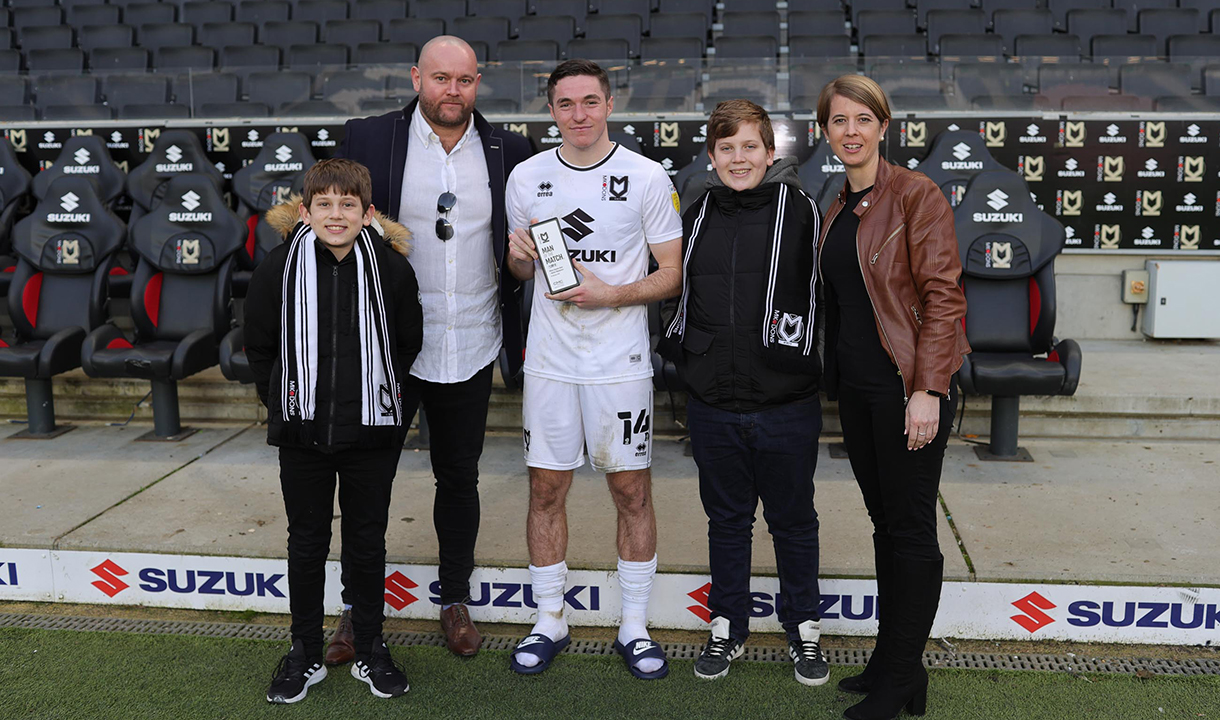 Conor Coventry once again impressed in an MK Dons victory over the weekend, with fellow loanee Nathan Holland also finishing on the winning side for Oxford United in League One.

Since joining Liam Manning’s team and their promotion push in January, midfielder Coventry has started all nine league games, recording six wins in that time.

Their latest, a 2-0 win over a Bolton Wanderers team which featured Coventry’s former Academy of Football teammate Oladapo Afolayan, saw the Republic of Ireland U21s captain once again impress at Stadium MK.

Later dubbed on the Dons’ Twitter channel “the Irish Xavi”, the 21-year-old deep-lying playmaker almost picked up his second assist in two matches, slipping the ball through for Scott Twine in the first half only, for the forward to hit the post.

Goals from Mohamed Eisa and Twine later on eventually secured the victory for Coventry and his side, who, ahead of a trip to Rotherham United on Saturday, moved level on points with second-placed Wigan Athletic in the automatic promotion spots; the Latics do, however, have three games in hand.

A Man of the Match display from @conorcoventry 🏆

Elsewhere in the same division, Holland came off the bench with five minutes’ remaining of Oxford United’s 4-2 win over rivals Cambridge United at Kassam Stadium.

A topsy-turvy game had seen the visitors twice go ahead, but Oxford turned things around on both occasions and were protecting a 3-2 lead upon Holland’s entrance.

And the winger’s dart across the near post was a precursor to a loose ball falling to Cameron Brannagan, who slammed home the clincher to move Oxford up to fourth, four points behind Coventry and MK Dons in the race for promotion.

The Dublin-born 19-year-old was introduced at half-time with his team trailing 1-0 and, whilst Wimbledon did score moments later through Luke McCormick, was part of an impressive collective effort which saw two goals in the space of four minutes from Tommy Rowe midway through the second half.

Doncaster’s turnaround was an important one as it prevented 20th-placed Wimbledon from moving further clear of the relegation zone, in which Rovers currently sit 23rd, four points entrenched. Next up for Odubeko is a trip to mid-table Cheltenham on Saturday.

Joseph followed that up with a confident catch and a quick, precise pass to start an attack. Superb awareness by the young keeper #StPatsFC pic.twitter.com/0pD0HWye8Y

In the League of Ireland, goalkeeper Joseph Anang suffered back-to-back defeats with prospective title challengers St Patrick’s Athletic, falling 2-1 at home to Sligo Rovers and 1-0 away to Bohemians on Friday and Monday respectively.

The stopper produced some impressive moments in both games, however, as highlighted by his adopted club’s social media channels.

The 21-year-old is sure to be up to the task come a home game against rivals, and current league leaders, Shamrock Rovers on Friday.

And in Ligue 2, fellow goalkeeper Nathan Trott did not feature from the bench for AS Nancy in their 1-0 defeat at promotion hopefuls Le Havre.