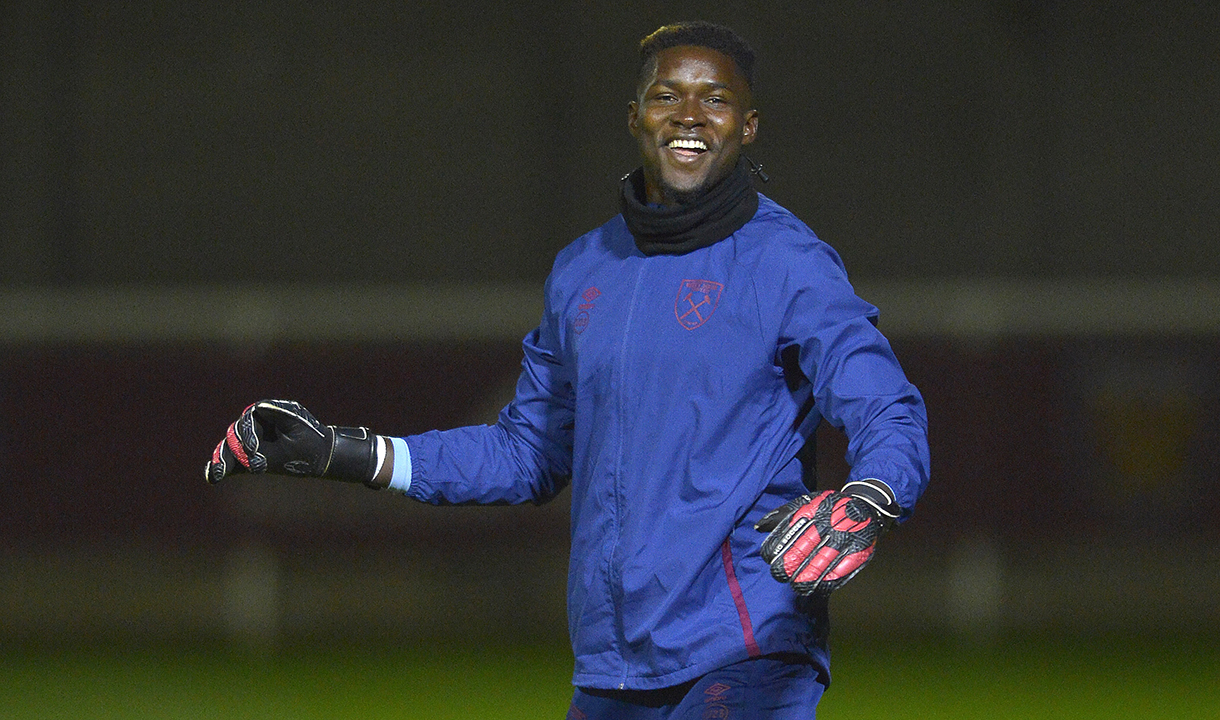 Academy of Football goalkeeper Joseph Anang made his competitive debut for St Patrick’s Athletic over the weekend, one of three loanee Hammers in action.

The shot-stopper last month joined Dublin-based St Pat’s until the end of the 2022 League of Ireland season, which concludes at the end of November.

With the league season kicking off on Friday with an away trip to Shelbourne, Anang went between the posts for his first competitive appearance in the 2022 President of Ireland’s Cup on Saturday – the Republic of Ireland’s equivalent of the Community Shield.

And the 21-year-old experienced a relatively untroubled first half, being called upon only once prior to the whistle – but producing a great save to beat away Danny Mandroiu’s fierce half-volley when required.

A more open second half ensued after the whistle when the Saints took the lead through Eoin Doyle, who tapped home from close range following a spell of sustained pressure which persisted throughout the half.

But Anang had a difficult moment for Shamrock Rovers’ equaliser 18 minutes later as the ‘keeper spilled a fierce low cross into the box, allowing Ronan Finn to bundle home on the line.

And with the Pat’s proving profligate in front of goal at the other end, there was to be no further goals in the 90 minutes, despite Anang’s side dominating the game.

With the scores level at full-time, the game went to penalty kicks, Shamrock Rovers converting the regulation five to the Saints’ four to lift the trophy.

Elsewhere, Conor Coventry and MK Dons were frustrated in their efforts to climb into the EFL League One automatic promotion places after they were held to a 0-0 draw by Ipswich Town on Saturday.

A tightly-contested game offered up little by way of chances, the Tractor Boys arguably having the better of them at Stadium MK.

Nevertheless, Coventry and Liam Manning’s team have now suffered just one defeat in ten matches this calendar year, and remain third, two points behind Wigan Athletic in second – albeit with the Latics possessing four games in hand.

Mipo Odubeko and Doncaster Rovers, meanwhile, were unable to move off the base of the table after a challenging 4-0 loss at Portsmouth’s Fratton Park on Saturday.

The 19-year-old West Ham forward came on for the final half-an-hour of the challenging fixture, by which time his team were already trailing.

Odubeko will continue his hunt for his first professional goal when Doncaster travel to Lincoln City on Tuesday night.

And in Ligue 2, Nathan Trott was an unused substitute for AS Nancy in the bottom-of-the-table French side’s 1-1 draw away at Auxerre.