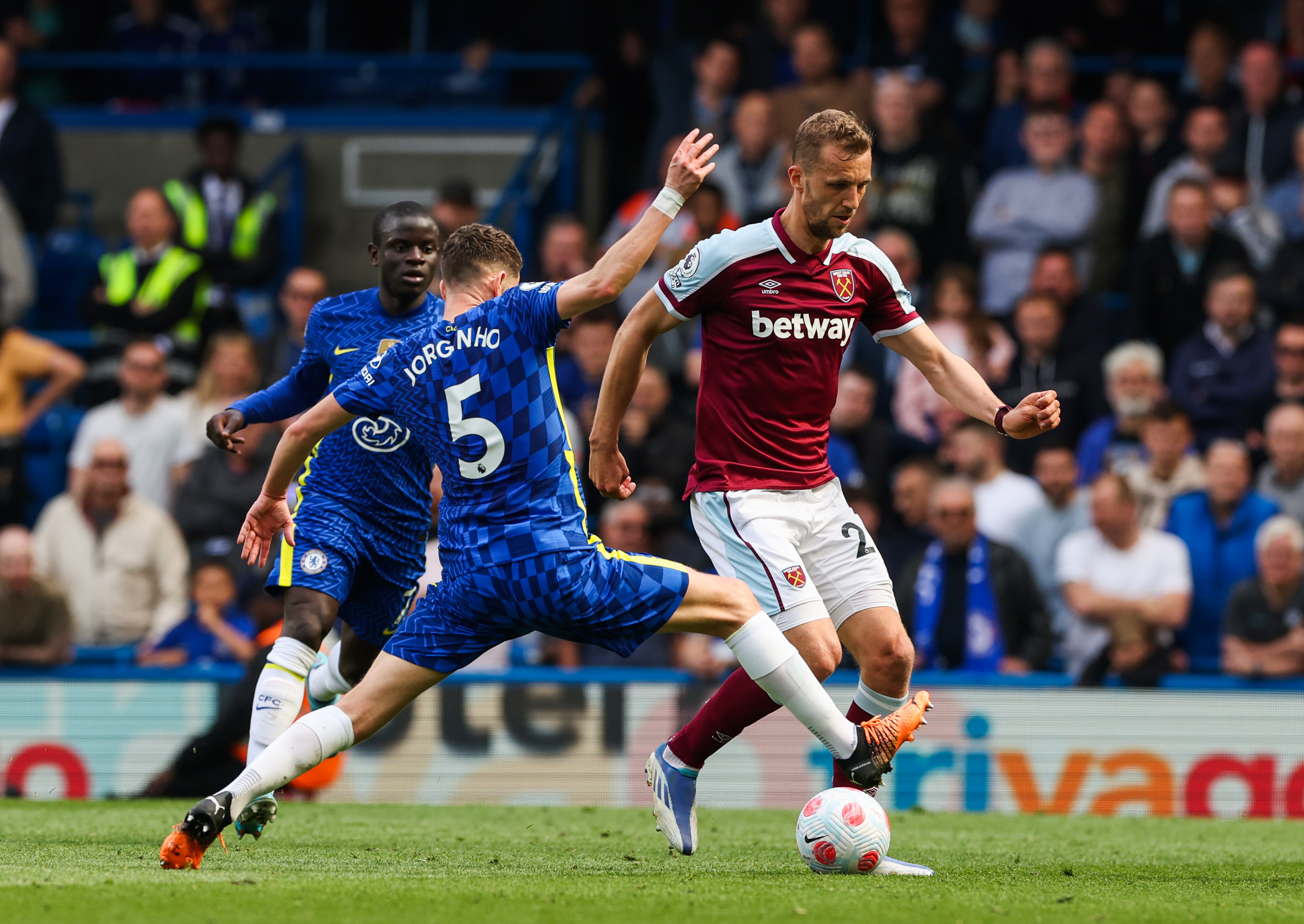 Late heartbreak for Hammers at Chelsea

A much-changed Hammers side looked to have secured a hard-fought point when Łukasz Fabiański saved Jorginho’s weak penalty three minutes from the end, but the hosts picked themselves up and struck the decisive blow in the final minute of the regulation 90.

The visitors defended valiantly throughout and a share of the spoils would have been welcome reward, but they will now look to pick themselves up ahead of Thursday’s huge UEFA Europa League semi-final first leg against Eintracht Frankfurt.

Perhaps with an eye on that tie, David Moyes made six changes to his side to face the Blues, with the likes of skipper Mark Noble, Andriy Yarmolenko and Arthur Masuaku being handed rare Premier League starts.

With Issa Diop having picked up an injury against Burnley last time out too, the boss was forced into a defensive reshuffle, with Ben Johnson and Aaron Cresswell joining Craig Dawson in a three-man central defence. 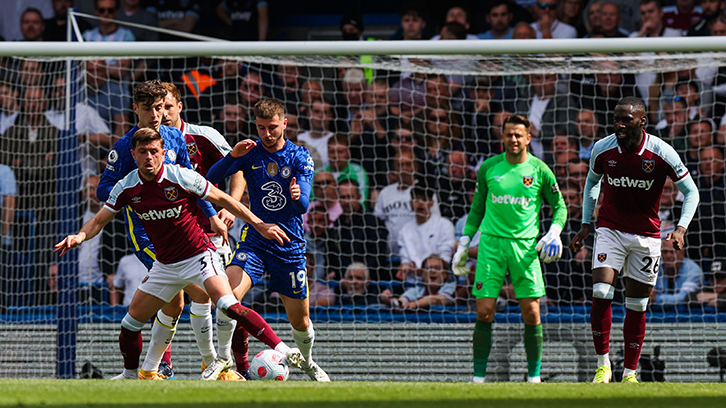 The Hammers settled well in the west London sunshine nevertheless, and the opening 20 minutes yielded little in the way of goalscoring opportunities at either end of the pitch.

In fact, it wasn’t until the 26th minute that Chelsea had their first attempt on the Hammers’ goal – and it wasn’t one that troubled Fabiański as Mason Mount shot comfortably over the top from range.

Four minutes later Ben Johnson blocked from César Azpilicueta, while Andriy Yarmolenko had the home support worried on 32 when he ran onto Pablo Fornals’ clipped pass into the box and hooked a first-time shot goalwards, bouncing just wide of the far post.

The interval was reached with neither goalkeeper having to make a serious save; Timo Werner might have changed that seven minutes into the second period, had it not been for a crucial block from Dawson.

That sparked a decent spell of Chelsea pressure, but it was West Ham who were next to threaten when, with 56 minutes on the clock, Johnson released Yarmolenko down the right. His cut back found Souček on the edge of the box, but the Czech’s side-footed shot was blocked before it could reach Èdouard Mendy in the home goal.

The intensity of the game was beginning to ramp up and Chelsea almost took the lead with a slice of good fortune a minute later. N’Golo Kanté found the space to shoot from 18 yards, and a nick off Johnson’s foot threatened to take the ball away from Fabiański, but the Hammers keeper reacted smartly to save. 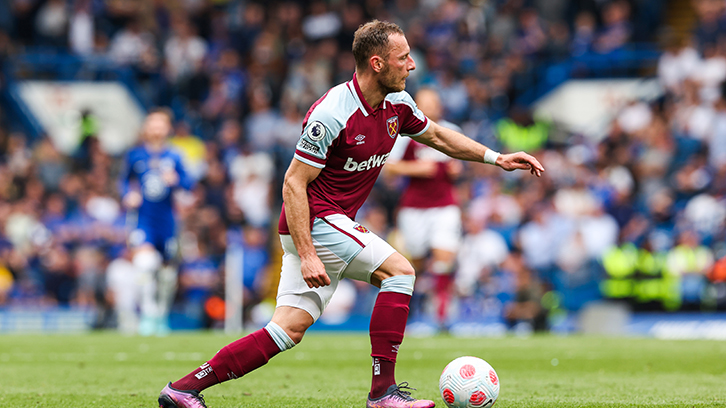 As the game ticked over the hour mark, Moyes called for Declan Rice from the bench, but it needed another fine block from Dawson to prevent Mount’s 70th minute volley from proving irksome for Fabiański.

Then, four minutes later, a corner was cleared to Marcos Alonso, and his cross was brought under control by Werner, who couldn’t beat Fabiański with the snapshot which followed.

Chelsea made a triple substitution of their own as they tried to seize their moment and it arrived five minutes from the end when one of the players introduced, Romelu Lukaku, got the wrong side of Dawson and went to ground as the defender grappled to get back inside the box.

Dawson saw red after a VAR check from referee Michael Oliver deemed the defender to have denied a clear goalscoring opportunity.

The Hammers held their breath as Jorginho stepped up to take the penalty, but his effort lacked both power and precision and Fabiański saved easily.

There was to be one final, cruel, twist however, as another of those subs, Pulisic, found space inside the box to convert Alonso’s pull-back from the left-hand side.