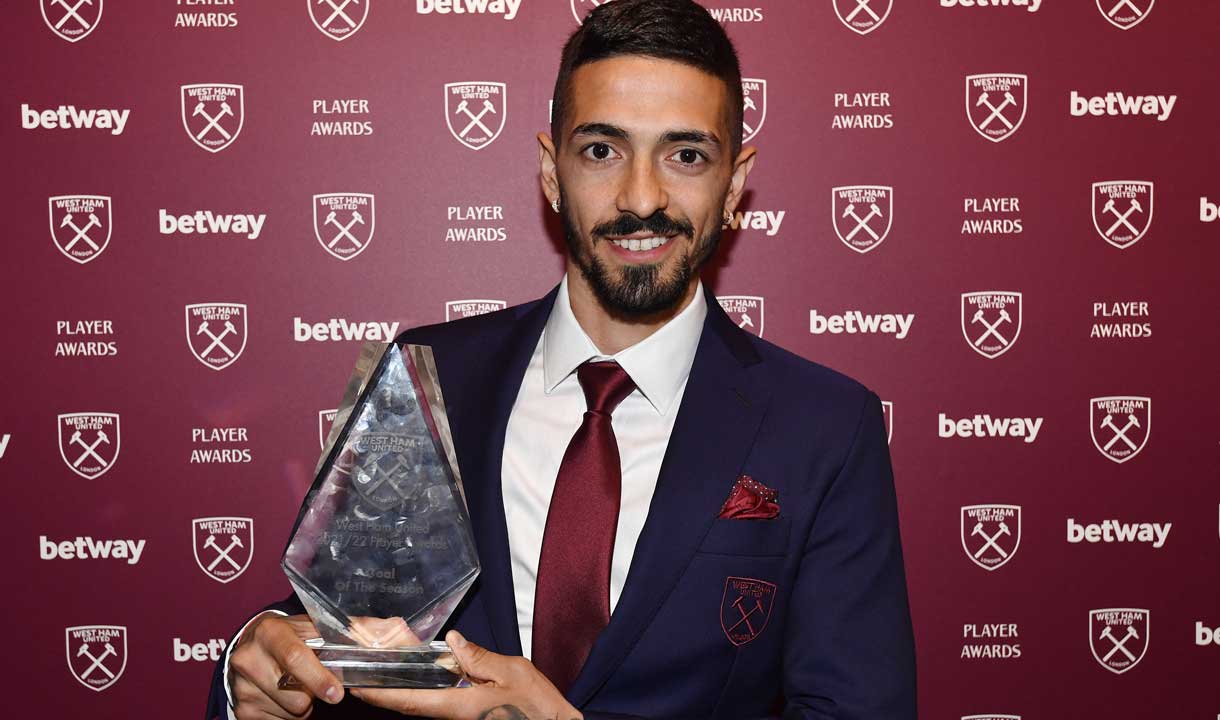 Lanzini: Scoring a goal like that is an amazing feeling

Twelve months after he collected the prize for his stunning equalising goal at Tottenham Hotspur, he returned to the stage at London's Grosvenor House hotel earlier this week to add to his collection.

This time it was his thunderous strike in January's 3-2 win at Crystal Palace which took the honours.

A surging run by Declan Rice left the Crystal Palace midfield trailing in his wake before he slotted the ball square for Lanzini 18 yards from goal. The No10 took a touch on his right foot before rifling a rising left-foot drive high beyond Eagles stopper Vicente Guaita.

Guaita had no chance and Lanzini was thrilled both with that victory and by topping the vote to win the award.

"I’m happy because it’s always good to win a trophy and help the team by scoring goals. That’s the important thing," he explained.

"The goal against Tottenham last season was amazing and this one was too.  All the goals are good, when when you score a goal like this you have a feeling inside like: ‘This is amazing’.

"The goal helped the team to win the game and that’s the important thing.

"The season has been crazy, we have scored a few beautiful goals, but it’s happened again for me!"