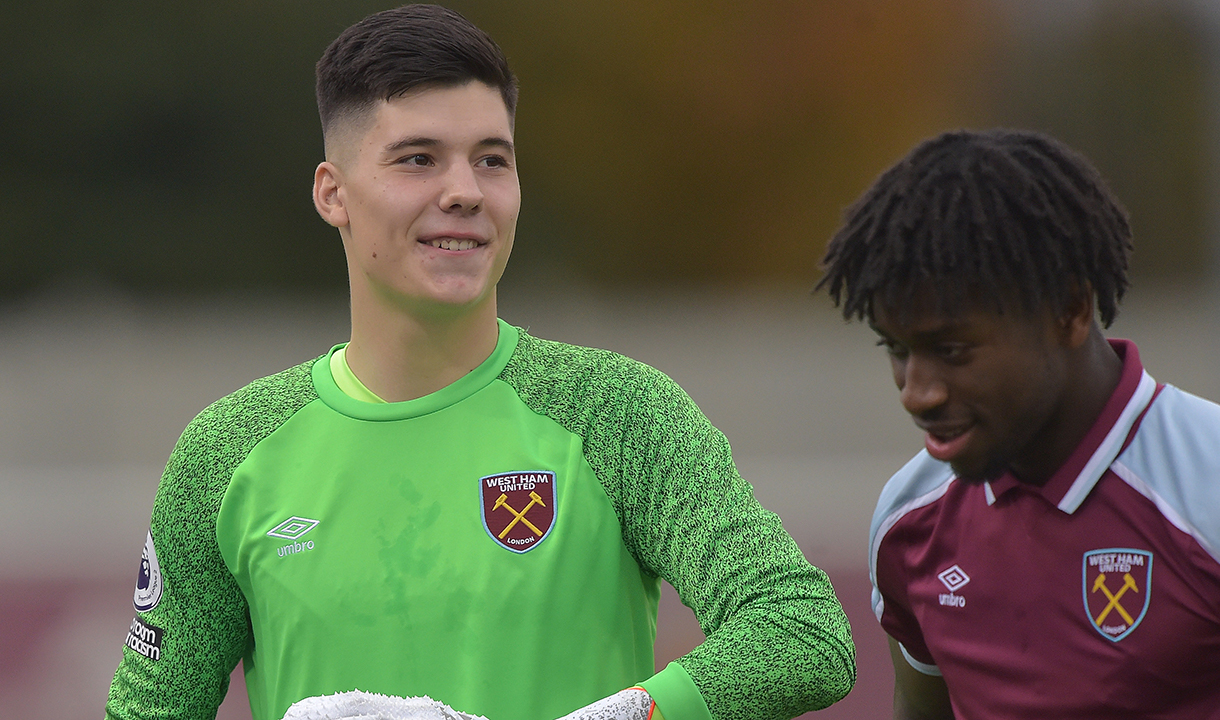 Krisztian Hegyi: Everything has been spot on this season

Krisztian Hegyi and West Ham United U23s are celebrating a Merry Christmas indeed as they sit four points clear at the top of the Premier League 2 Division 1 table.

The Hungary U21 goalkeeper has been in glistening form for the Hammers as his side have climbed to the summit of development football competition, winning ten of their first 14 matches.

Hegyi has kept five clean sheets so far this season, marshalling a defence which has registered some impressive shut-outs, including in an important 1-0 win over current champions Manchester City last month.

And the 19-year-old, in his first full season of U23s football, has played a key role in the close-knit group which has fully warranted its table-topping status.

“The season so far has been unbelievable, honestly,” Hegyi smiled. “I think, as a team, we really deserve to be top of the league.

“Every single player has worked hard for each other and pushed one another every day to be the best we can be, and I think that work ethic has put us in first position.”

Having began 2021 bottom of the Division 1 table with only one league win to their name, the Hammers finish the calendar year top, having clearly benefitted from the lessons learned last season, plus a less externally-affected campaign.

“I think last year wasn’t easy for everyone,” Hegyi admitted. “Obviously we had a lot of injuries and Covid protocols which we needed to follow, so lots of the time the team couldn’t train together.

“Now, we train together every day and I think the new players have made a big impact on the team, so everything is spot on. Now we just need to keep this up.”

As well as his new teammates – the likes of summer arrivals Pierre Ekwah, Thierry Nevers and U23s top goalscorer Armstrong Okoflex – Hegyi has been enjoying working with a new U23s lead coach, Mark Robson, in the last month.

The Hungarian goalkeeper has also appreciated playing behind a consistent back four which West Ham United fans enjoyed a glimpse of in the recent UEFA Europa League defeat to Dinamo Zagreb at London Stadium.

Hegyi noted: “I’ve enjoyed working with Mark Robson. His style of play is a bit different – he wants me to play out from the back more often – so I have to adapt to that, by staying calm on the ball and having good distribution.

“Our defensive record comes from our training. Obviously, we’re working really hard and doing a lot of defensive shape work, and the back four has been doing a fantastic job this season, as you could see when many of them made their Europa League debut as well.

“Now, obviously, we want to win the league – and I’d like to get few more clean sheets!”