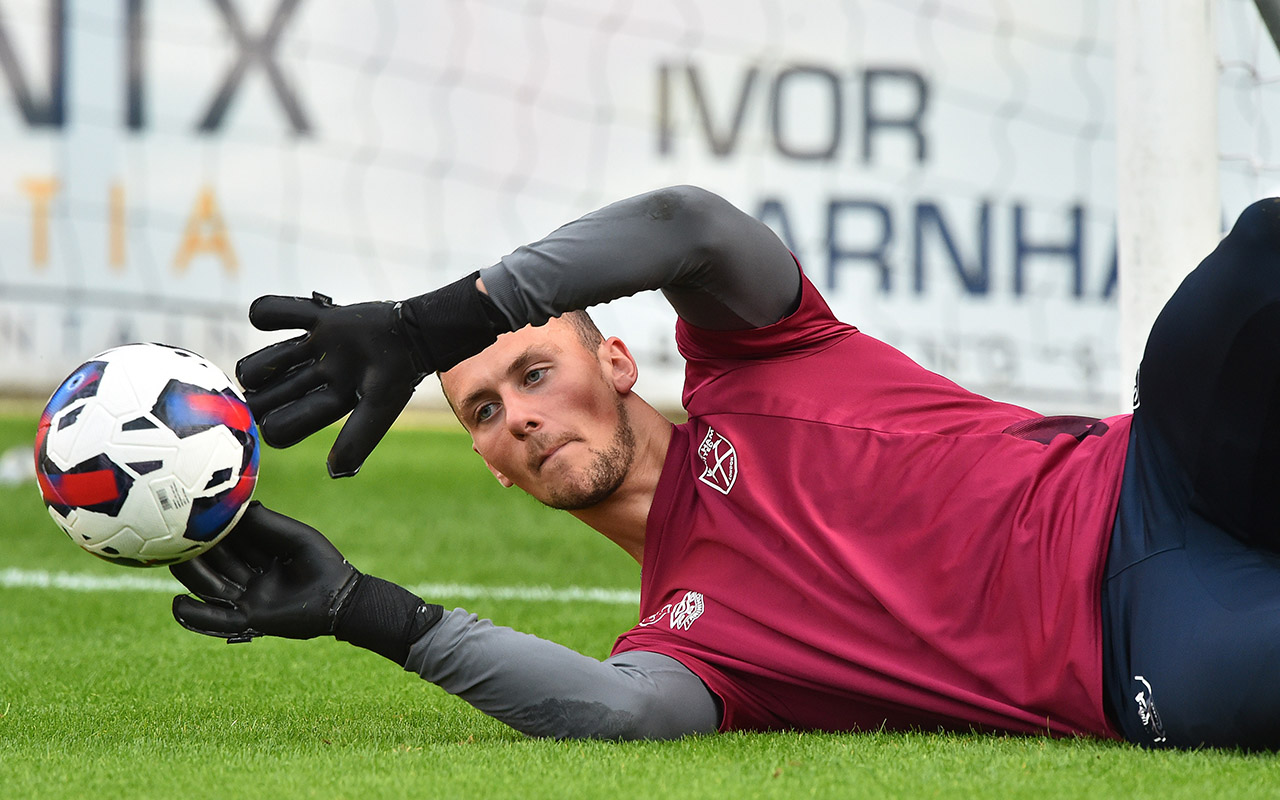 Brian Kinnear was disappointed that West Ham United U21s couldn’t find a way back into the game against Crystal Palace U21s on Saturday afternoon.

The developmental side were on the end of a 1-0 defeat at Rush Green Stadium, and after having Levi Laing sent off early in the second half, the young Hammers struggled to get back into the contest.

Kinnear was making his first appearance for the U21s, with the Scot coming into the side for the injured Krisztian Hegyi.

And he was disappointed that his side didn’t show more in the game against the Eagles.

“As a team, we feel as though we could have done a lot better in the game, none of us are happy in the changing room. It was always going to be tough in the second half once we went down to ten men, but I would say that the first half was unacceptable to be honest.

“We should have been a lot quicker with our play, played higher up the pitch, we needed to be a bit more alive to it today, and unfortunately, we weren’t able to do that and we’ve paid the price.”

The young Hammers will be disappointed with how the opening goal came about. A long ball punted downfield forced a corner, and from there, a scramble in the box presented Fionn Mooney with the opportunity to smash the ball home.

Kinnear was indeed disappointed with the manner in which the team conceded on Saturday afternoon.

“The ball went up to the back post and got headed across – and Will [Greenidge] has been able to get it away, but another shot came in and they were able to score. Look, we’re not happy in terms of the way we conceded, I know the manager isn’t happy as well.

“It’s something that we need to look at and make sure we don’t repeat, we don’t want to be giving cheap goals away, particularly if we want to climb up the table.

We’ve got MK Dons up next in the Papa Johns, and we need to make sure we improve on the performance that we put in today. It will be a tough game, we’re going up against a men’s side so that will pose a challenge for us.

Kinnear has had to wait patiently for his chance this season, with Saturday’s game being his first appearance of the season.

The 21-year-old was pleased that the opportunity presented itself for him to step in between the sticks against the Eagles.

“Krisztian has obviously played in all of the games this season and done really well. Everyday you’re training and preparing as if you’re going to play, and yesterday I got the call to say that I would be starting.

"I’ve been doing everything right behind the scenes to make sure that I’m prepared – but yeah, it was good to be out there, but I’m disappointed with the result," he concluded.