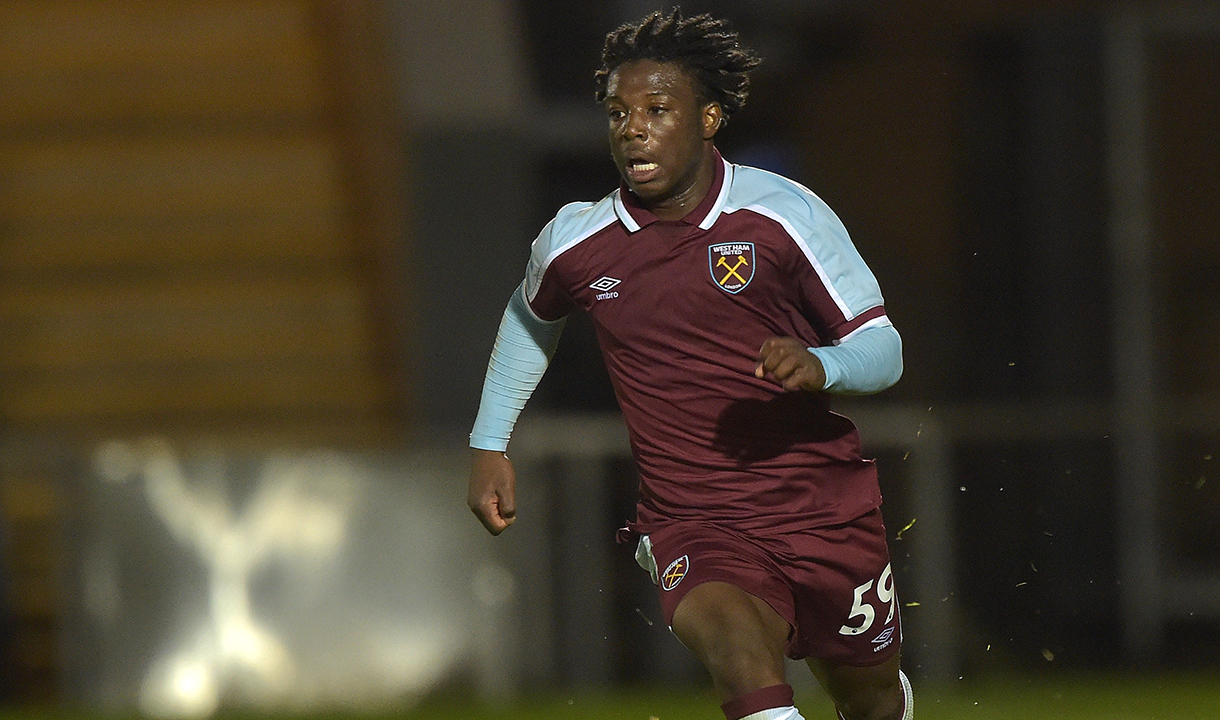 Keenan Forson believes West Ham United U23s will need to stay at the top of their game if they are to carry their recent success forwards in Premier League 2 Division 1.

The young Hammers return to league action this weekend, taking on Leeds United U23s behind-closed-doors at Rush Green Stadium with a 7pm kick-off on Monday 10 January.

Forson and the development squad will be seeking the support of the Claret and Blue Army, who will be able to watch LIVE on the West Ham YouTube channel and whufc.com!

Having stormed to a four-point lead at the top of the division just past the halfway mark of the campaign, Forson – who also made his first-team debut in December – feels renewed focus will be key to the U23s’ retaining their standing in the second half of the season.

“I try not to think of my debut too much now,” Forson told whufc.com.

“I just try to look forward and see if I can keep doing better. Obviously it’s a new year now, so I’ll just try to go harder and stay consistent.

“The seasons are just going by so quickly. It was hard when I started with the U23s, because there were a lot of players here and I wasn’t really playing, but as soon as I broke in, I think I’ve taken my opportunity. I’ve really enjoyed every moment since.

“As a team, we want to keep on going and not let our standards slip. We’ve not lost in a while, so everyone just wants to do well and bring the league title home.”

The Hammers’ last defeat was away at Leicester City on Monday 1 November, and they have won five of their six games since, keeping four clean sheets in those fixtures.

When West Ham and Leeds’ U23s met in the reverse fixture in September, an entertaining 2-2 draw played out at Thorp Arch Training Ground as the Lilywhites took an early lead.

Harrison Ashby and Jamal Baptiste responded with quickfire goals at the beginning of the second half, only for a late Leeds penalty to see the game finish all square.

Forson – who played the full 90 minutes of that fixture – feels another entertaining contest could be in store, with U23s lead coach Mark Robson – who began coaching the side in November – helping him to develop the attacking side of his natural box-to-box game.

The quietly influential 20-year-old midfielder will be hoping to build on the one goal and one assist he has recorded in 19 games so far this season for the Academy.

“Mark’s taught us tactical stuff in the middle of the park,” Forson confirmed.

“As a midfielder, he’s told me about some easier ways to get on the ball, and easier ways to defend and just help the team in my position. He’s been really good to all of us U23s players since he arrived.

You can still follow proceedings, however, with our live blog on whufc.com from 6.30pm, Twitter updates and live stream, and there will be post-match reaction and highlights pieces available over Monday evening and Tuesday morning.