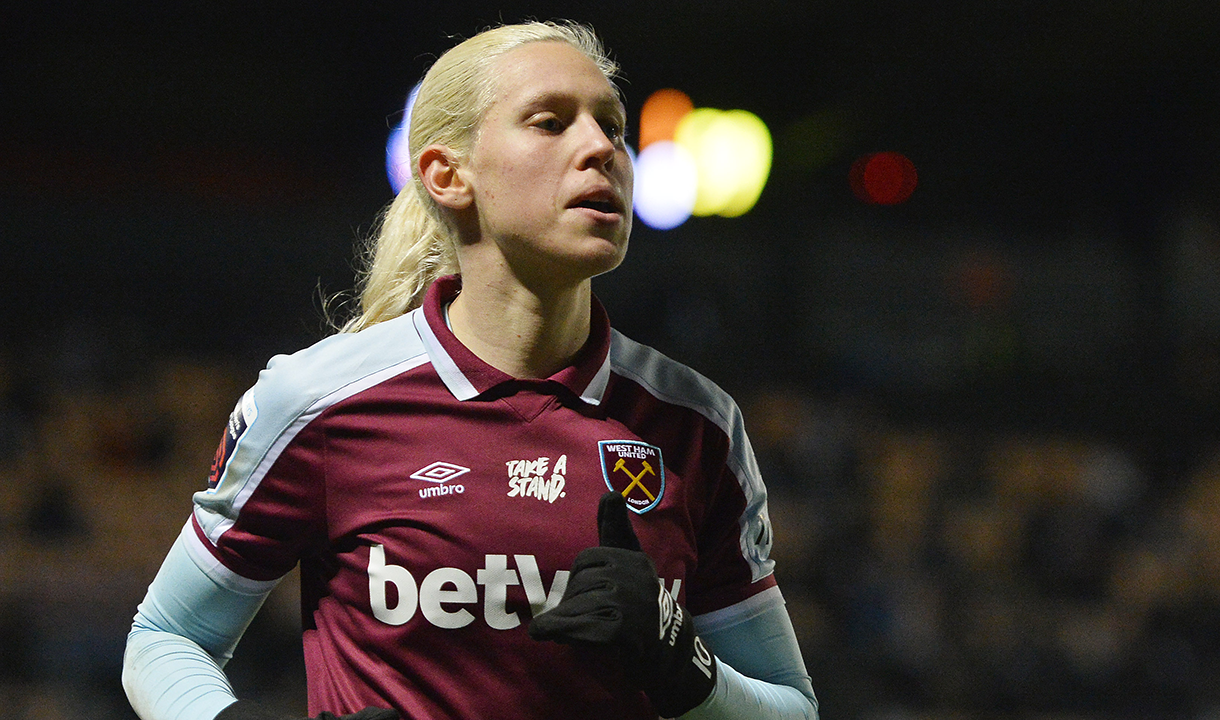 Kateřina Svitková: We’ve shown we can compete against the big teams

Kateřina Svitková believes West Ham United Women have shown they have the quality and ability to compete against the biggest teams in the Barclays FA Women’s Super League.

The Irons suffered a 4-2 defeat at the hands of Chelsea in the Continental Tyres League Cup quarter-finals on Wednesday but the score-line does not tell the full story of what was a competitive London derby between the two teams.

As Olli Harder’s Hammers turn their attention back to the Barclays FA WSL this weekend, with the visit of Everton to the Chigwell Construction Stadium on Sunday, Svitková feels the team have shown they can compete with any other side.

We still have a really good team and we showed we are able to play and compete against the big teams.

“We showed throughout the season that we progressed,” the No10 told whufc.com. “Even if we’re missing some good players at the moment, we still have a really good team and we showed we are able to play and compete against the big teams.

“It’s just about the small things and I think we can get there. We need to focus on those small details, but we can do it and go on to beat those teams going forward.

“We can definitely challenge. I think we’ve shown throughout this whole season that we are good team, and we have the players and the ability to chase those top teams in the league. A bit more practice and a bit more work, and we can do it.”

Looking back on Wednesday’s match with Chelsea, Svitková noted that the Irons were more than equal to the Blues in the first half and were perhaps unfortunate to not head in at half-time with a lead.

The damage was done during an eight-minute spell in the second period as Chelsea took a 4-1 lead, something Svitková believed was down to the home side allowing the visitors too much space.

“In the second half, we got a good press going but we lost it for a couple of minutes. We weren’t tight to them and we lost on second balls, and I think this was the main reason why we conceded goals so quickly and lost the game.”

The strike was her third goal in all competitions this season.

“I think I have to shoot more!” Svitková added. “When I shoot, it can often create something for us, one way or another.

“When it came to that chance, the team did really well to create that situation for me and open the chance up. We switched the play from one side to the other and that gave me the space to take the shot.”