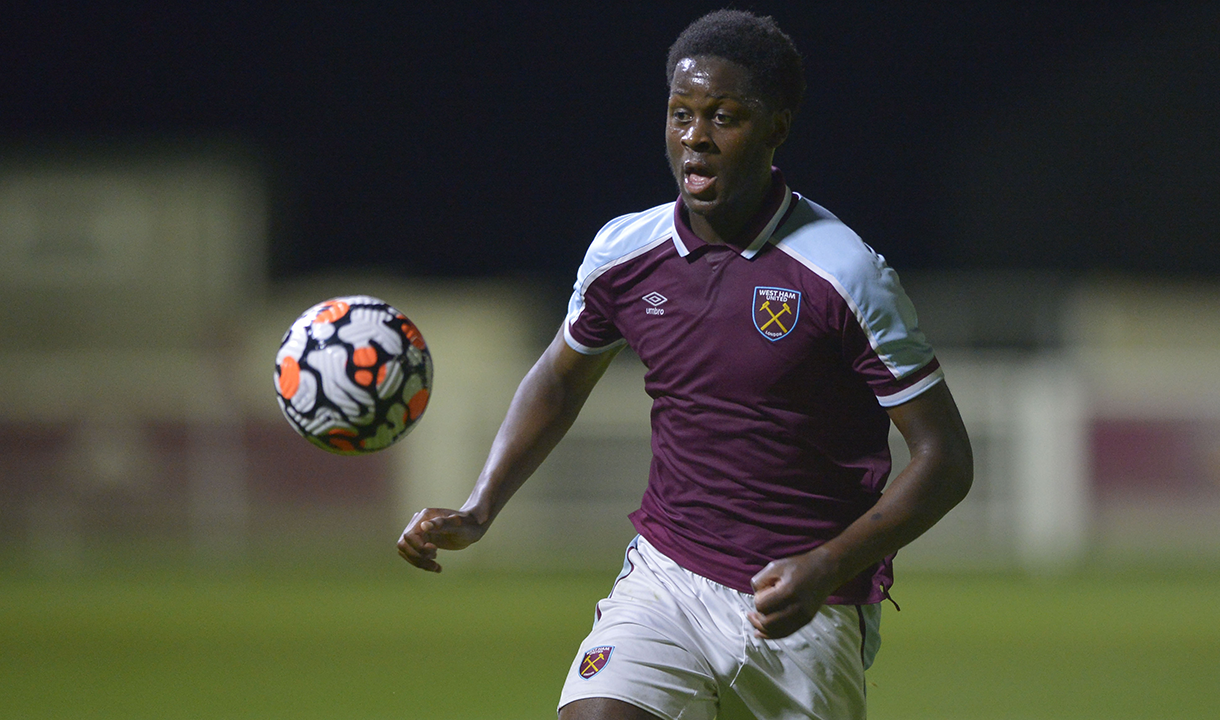 Kamarai Swyer has expressed his delight at how West Ham United U23s were able to come through such a tough match and defeat Exeter City 3-0 in Tuesday’s Premier League Cup fixture.

Second-half goals from Harrison Ashby, Armstrong Okoflex and Thierry Nevers secured a deserved victory for the young Irons, ensuring their place in the round of 16 in the Premier League Cup.

The win means West Ham cannot be caught in second place of Group F and Swyer is happy to get through with a game in hand.

We’re showing what we can do in both competitions and we’re doing well.

“I think progressing is really important for us,” the midfielder told whufc.com. “We obviously want to do well in the league and in the cup. We’re showing what we can do in both competitions and we’re doing well.

“We’ve got qualification for the next stage out of the way now, so we can focus on other things for a moment.”

Swyers reflected further on the match and noted that, while the U23s found Exeter to be tough opponents, Lead Coach Mark Robson gave them faith in their performance at half-time.

He continued: “It was definitely a tough game. Especially in the first half. I think we needed to work it out and figure out how they wanted to play, but I think we definitely managed to do that.

“At half-time, the manager told us that we were doing well and it would come if we kept doing the same. We followed what he said and it did come for us, so we’re really happy.”

The 19-year-old came into the starting XI for Tuesday’s game in the No10 role and was pleased with how he grew into the match.

He added: “I think, in the first half, I was sussing the game out a bit. The first 15 or 20 minutes, I had to get a feel for it. After that though, I tried to get in-between the lines and I think I managed it.

“I wanted to create as much as possible. I feel like, on some occasions, I could have done a bit better. But I had a couple of good plays; I can remember a few I played through for Thierry Nevers, so I’m happy with how I did in my role.”