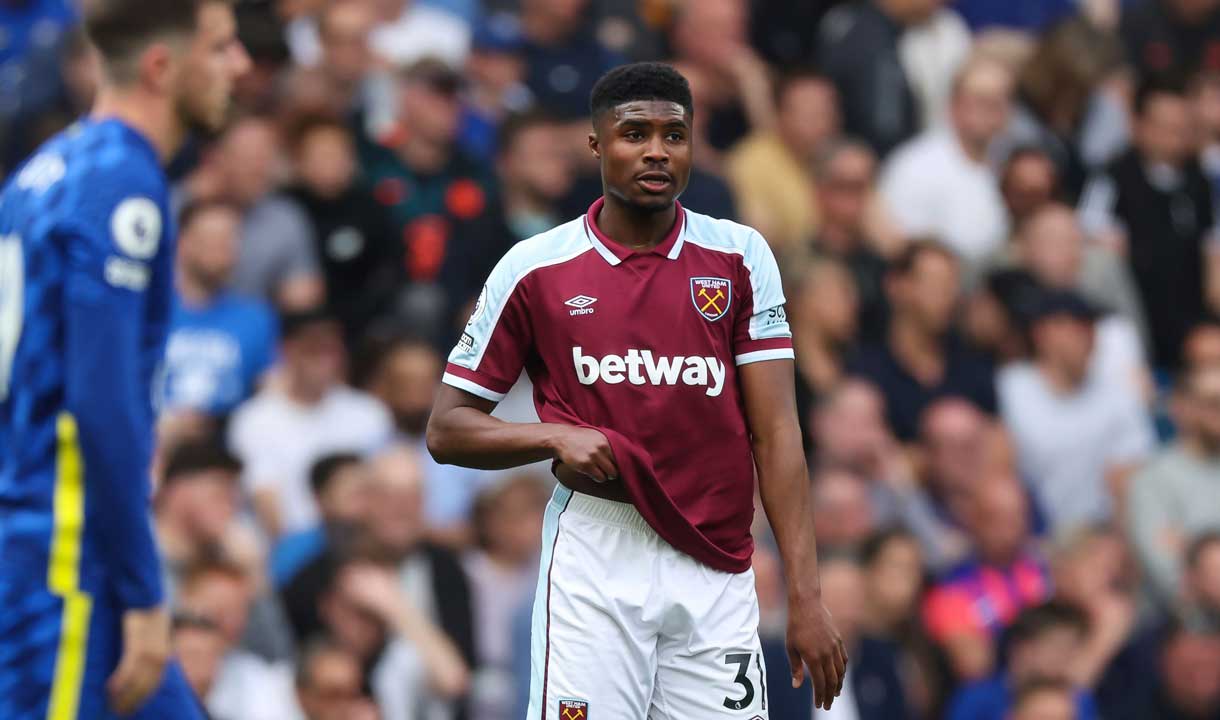 Johnson: There were a lot of positives to take into Thursday

Ben Johnson believes there is plenty of positive momentum to take from Sunday’s Premier League game at Chelsea into our UEFA Europa League semi-final first leg against Eintracht Frankfurt.

The Hammers face the German side at London Stadium on Thursday, knowing the possibility of a first European final in 46 years is 120 minutes away – and Johnson is determined to seize the opportunity.

While the result ended up going against them at Stamford Bridge after Christian Pulisic scored a last-minute winner, the 22-year-old defender was focusing on the good points of their display in west London.

“I thought we played really well – we made changes and everyone who came in played as if they’d been in the team,” he said.

“We got away with the penalty, but unfortunately a few minutes later conceded, which was frustrating.

“But there were a lot of positives to take, so we’ll try to implement the same things on Thursday and when we play Arsenal next Sunday.”

With injuries to Issa Diop and Kurt Zouma limiting David Moyes’ options at centre-back, Johnson was pressed into service there alongside Craig Dawson and Aaron Cresswell and he enjoyed the experience.

“I thought we were comfortable at the back, on and off the ball,” he continued. “We know that Chelsea have an extreme attacking threat but we weren’t fazed by that, and we felt comfortable – it was just the fine detail in the last instance with the cut back and finish, which was extremely frustrating.

“Overall we put in a good performance and hopefully we can continue that.”

With such a big game on the horizon, though, Johnson says he and the team will swiftly put any disappointment from the late defeat behind them as they focus on another European night under the lights.

He added: “We’re very much looking forward to Thursday’s game. We’re two games away from being in a final so we’re going to give it everything.

“It’s going to be an important night for us and now we’ve got to focus on Frankfurt and get everyone ready to play.”