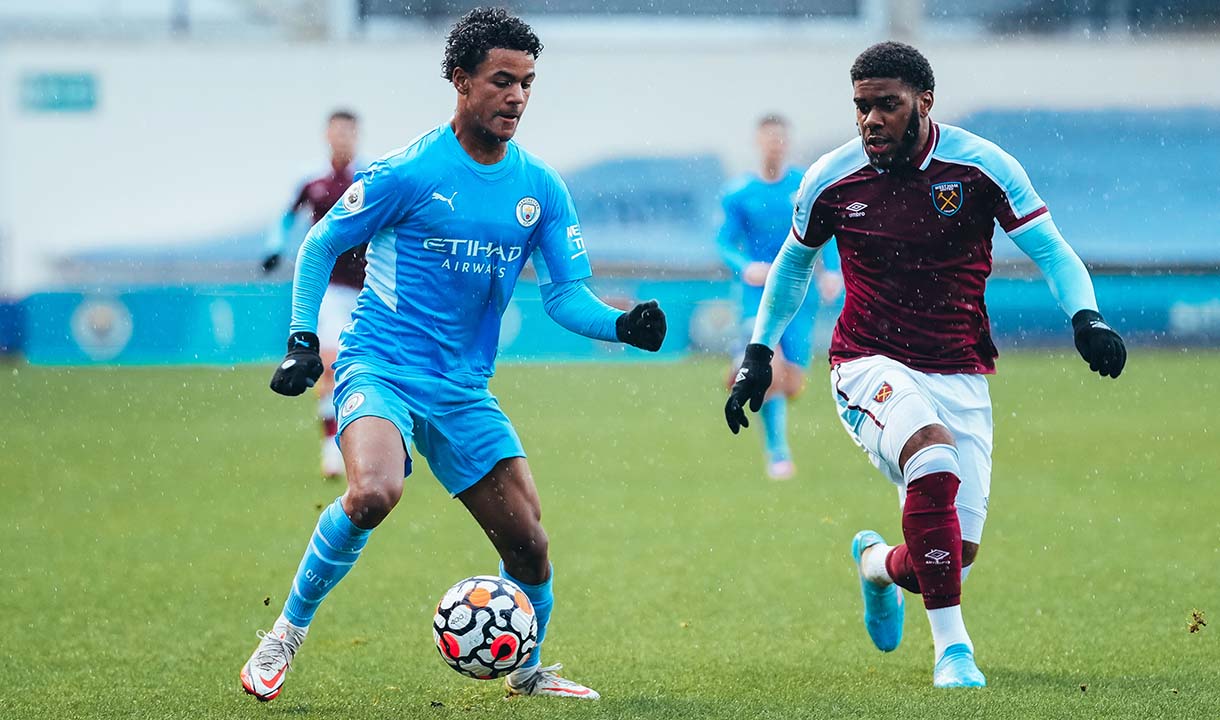 Jayden Fevrier: We’re proud of our performance in defeat

West Ham United U23s can take a lot of pride from their efforts and performance despite defeat to Manchester City U23s, according to Jayden Fevrier.

Fevrier and his teammates were beaten 2-0 by City on Sunday, in a crucial game at the top of Premier League 2 Division 1, as James McAtee and Carlos Borges netted for the home team.

The opening goal came from the penalty spot, while the loss of Jamal Baptiste to two yellow cards after 34 minutes meant the Irons had to play almost an hour with just ten men.

Fevrier believes the team looked strong prior to losing Baptiste and can take pride in their efforts.

I’m proud of the team and how we performed, despite not getting the result we wanted.

The full-back told whufc.com “I thought we started well and we were playing our football. We were on top for parts of it so we’re unfortunate that events happened in the game that put us on the back foot.

“We’re proud of what we were able to do after and how we played in the rest of the match.

“There’s something here that we can build on. Since the manager came in a couple of months ago, we’ve got a good idea of what he wants from us. We can take that into the final few games of the season and hopefully push hard for the league title.”

Discussing the two big decisions in the first half, Fevrier notes that such things will happen in football and it is up to the players to adapt.

He continued: “Things like that penalty decision, like the sending off, they happen in football and we just have to deal with it during the game. We managed the situation as best as we could.

“Going down to ten men wasn’t ideal, but I feel like we dealt with it well to keep the game at 1-0 in the first half. I’m proud of the team and how we performed, despite not getting the result we wanted.”

In playing against City, Fevrier has started consecutive league matches for the first time this campaign at U23s level, and is relishing his opportunity to impress.

“I feel good,” Fevrier added. “I’m happy to play and enjoying every time I get the chance to step out onto the pitch and represent the U23s. It’s been a different challenge every time, but I’m enjoying it.

“It’s seven must-win games for us now. We’re happy with how we’ve been playing our football, both in and out of possession. We want to finish the season as strongly as possible.”