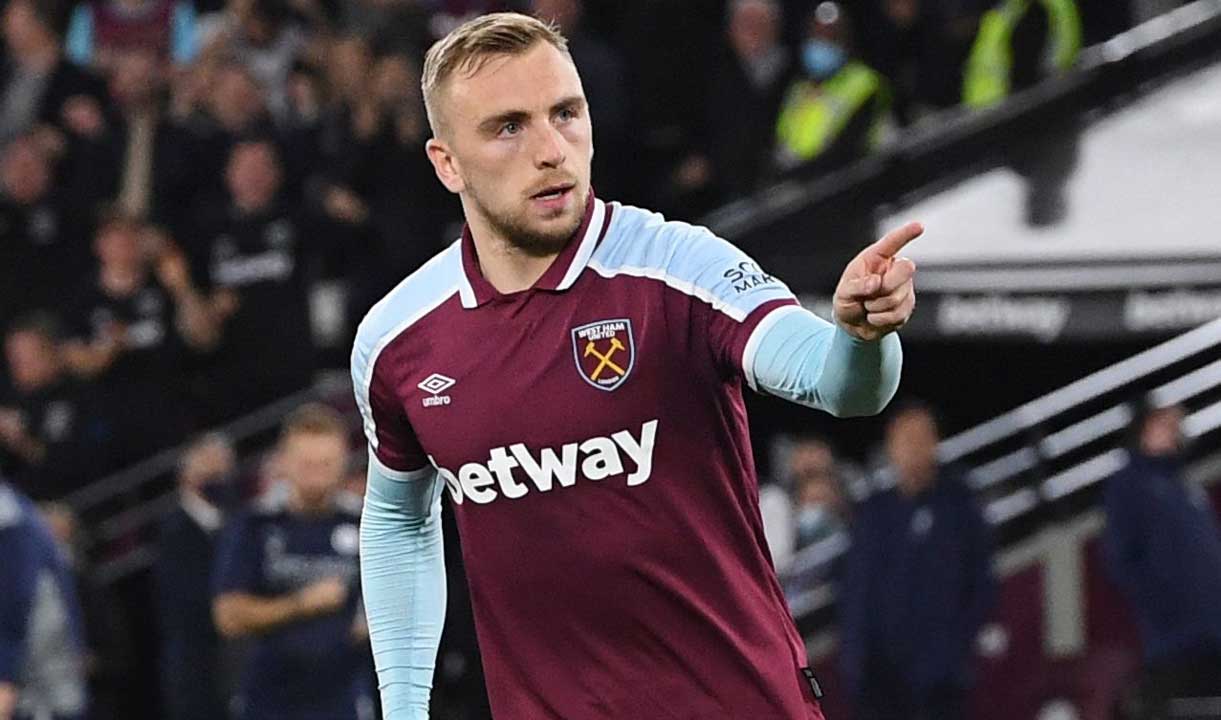 Jarrod Bowen: We've got a long way to go but we want to keep it going

Jarrod Bowen insists West Ham United will not let their standards drop as they head into the winter stretch of the Premier League season.

The Hammers resume following the November international break third in the table, unbeaten away from home and in a rich vein of form which has seen them win their last four Premier League matches.

Now, with Saturday's trip to Wolverhampton Wanderers upon them, Bowen - and his Irons teammates - are determined to show no slackening of the pace.

"It’s a long season and we’ve still got a long way to go but as a group of players and as a Club this is where you want to be – at the top end of the table – so let’s keep it going," he stated.

"I think our away form is down to what the manager does. Especially being away from home, it’s being hard to beat, not giving up easy chances and I think if you look at the Everton game that was the case there and then a set piece won us the game. Sometimes it’s like that and you need to be on it from the set pieces to get a 1-0 win away from home."

Those set pieces have been incredibly fruitful for the Hammers in recent weeks - Bowen himself registered an assist last time out against :Liverpool when his corner was nodded home by Kurt Zouma - and the No20 says his team's threat from the dead ball is no coincidence.

"There’s a lot of small detail and I think it’s down to the coaches who do their research on the opposition we’re coming up against and the weaknesses we can exploit," he explained. "Then it’s down to us takers to put the ball in the right area and the runners to make the runs. That’s how it comes together.

"Everyone wants to score, and as takers we want to put the ball in the right areas to get the assists."

That delivery for Zouma was, in fact, Bowen's second assist of the Liverpool clash, after his forceful and mazy run set up Pablo Fornals to score, and Bowen says they enjoy a productive relationship on the pitch.

"The Liverpool game was incredible. The atmosphere was electric and to get the three points and share that moment with the fans was what we missed over lockdown. As players you want to have those victories with supporters," he added.

"For Pablo's goal I just tried to keep running with the ball as long as I could, then try to find the right pass at the right time and it obviously came into place. Pablo put it away, which was unbelievable for us.

"Pablo’s been great this season and he’s been great ever since I’ve been here. We always joke about giving each other assists and then after the Liverpool game he was buzzing with the ball through for him to score.

"I know he puts the ball onto my plate as well and hopefully I can finish those off to score. That’s down to togetherness again as a group. Pablo’s been great, he’s got into the Spain team as well and I’m absolutely delighted for him."

Bowen closed by looking ahead to the trip to Molineux, saying the team's belief can carry them through to another memorable result on the road.

He added: "We know it’s going to be a difficult game, but we’re in a good place and our confidence is really high.  All we can do is go there and try to keep that winning feeling going."