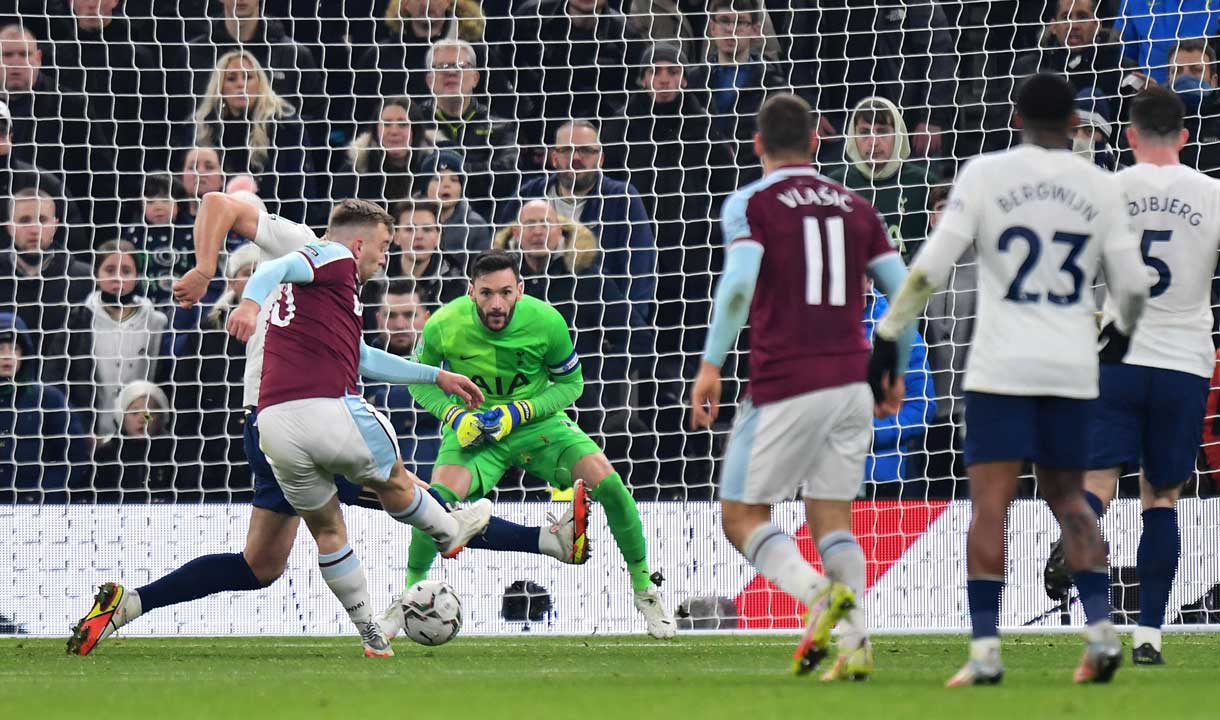 Jarrod Bowen: We got a good reaction at Tottenham

Jarrod Bowen felt there were plenty of positives to take from Wednesday night’s performance in the Carabao Cup at Tottenham Hotspur, although ultimately the result did not go West Ham United’s way.

Bowen scored a superb goal in the first half to cancel out Steven Bergwijn’s opener only for Lucas Moura’s swift reply to prove decisive in the end.

The Hammers pushed hard after the interval in their search for a leveller and kept the hosts pinned back for long periods, but were unable to find the second goal which would have taken the tie to penalties.

Bowen was disappointed that his team’s cup run came to an end in north London, but believes the performance gives them a good boost to move into the Christmas period with.

We couldn’t have given any more on Wednesday.

The fight was there and we expect that – it’s a derby. The fans expect that, we expect that as players and I think we did that. We’re just disappointed with the goals we conceded, especially conceding so quickly after we equalised.

It was a real kick in the teeth but in the second half I thought we were much better. We were in their half a lot and on another day we probably get a ball bouncing in their box or one of the shots goes in. There are a lot of positives but ultimately we’re out of the cup which is disappointing for us.

We’ve been really defensively solid for 18 months now, but it happens in games. There are no fingers pointed – we win as a team and lose as a team and we’ll dust ourselves down as we’ve got a busy Christmas schedule coming up now with a lot of games and a lot of points that we can pick up.

Our goal came as a result of pressing them high up the pitch.

We wanted to do that, we pressed high, forced the mistake from Dier and a there was a bit of the ball bouncing in the box – Niki [Vlašić] had a shot which came to my feet and it was just a case of thinking on the spot, a bit of instinct and it went in.

Personally I’m delighted to score the goal, but being out of the cup, especially to Tottenham, we’re not happy with that.

We got a reaction to recent weeks with the performance.

Our levels recently have not been at the standards we’ve set, not just this season but last season as well. With the group we’ve got and the manager we’ve got we want to be at the highest level we can be all the time, so dropping below our levels, we knew as a team and as players tonight was all about changing that, especially with the fans who came out here.

They didn’t stop singing from minute one, and [it was about] us players battling, working hard and trying to make it ugly for them. We did as much as we could, but at the end of the day we couldn’t get that second goal.