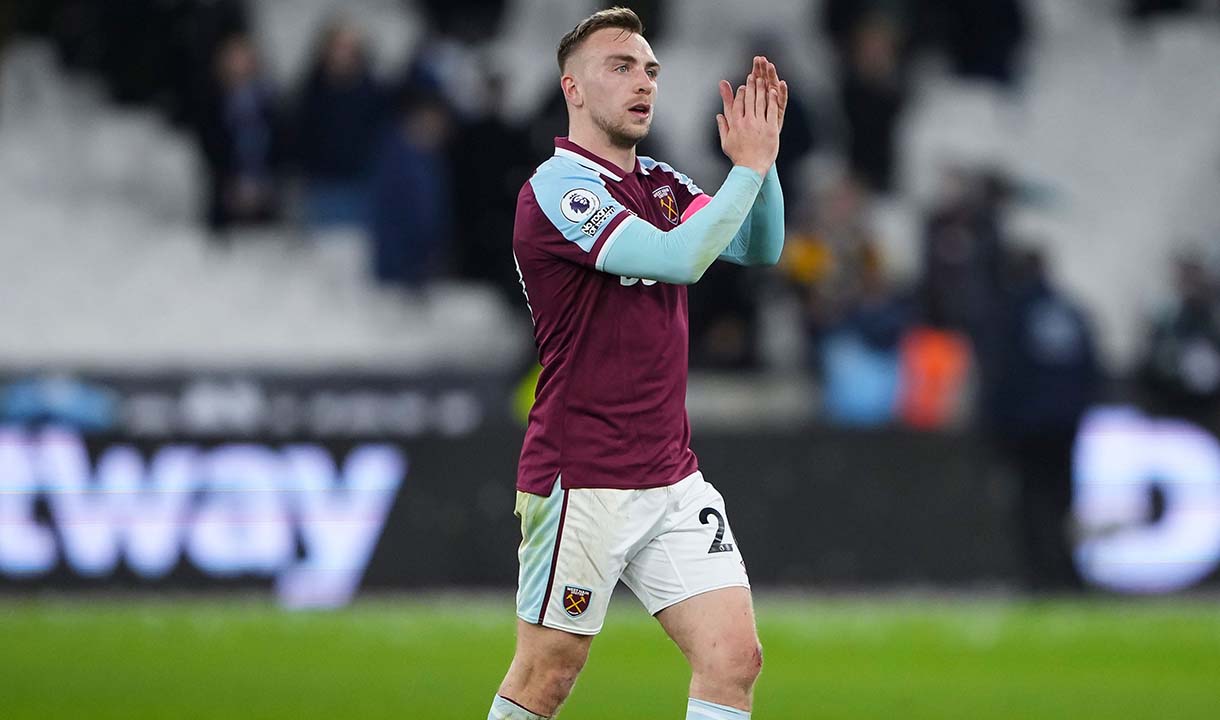 Jarrod Bowen has hailed his West Ham United teammates for coming through a tough Premier League test against Watford with all three points.

Bowen's sixth goal in as many games was the difference in a closely-fought contest at London Stadium as his effort from outside the area took a deflection off Samir, wrong-footing Ben Foster and finding the net.

The No20 says he and his fellow Hammers knew they were in for a challenge against a Watford side under the guidance of new manager Roy Hodgson, and were thrilled to get the victory.

"It was a hard-fought victory," Bowen said. "It was tough. They've changed manager and got a good point away at Burnley, and they came here really solid.

"It was difficult at times. We had a lot of the ball and it was just a case of keep plugging away, and with the goal we got a slice of luck. But it happens and we're happy with the three points."

With the goal we got a slice of luck. But it happens and we're happy with the three points.

Bowen now has eleven goals in all competitions, as well as ten assists, and the 25-year-old's decision to shoot after collecting a pass from Manuel Lanzini on 68 minutes paid dividends for the Irons.

Reflecting on the finish, he continued: "Manu played the ball through and I had a bit of space, and it was just driving. I thought 'if you don't shoot then you don't score', so I got the shot and got the deflection. Thankfully it wrong-footed the goalkeeper and it went in."

Bowen has spoken glowingly about the impact of manager David Moyes on his form this season and offered further insight into how the boss has helped to mould his game in training this campaign.

"Then it's the little developments to my game and not just whipping the ball about, but get at the goal and come in-between the lines and into the little pockets of space. It's just different things and I'm learning about the game each day from the manager."

Victory over Watford lifted West Ham's place to fourth place in the Premier League table as the race for Champions League football next season hots up. Bowen is aware of how crucial it was for the Irons to take three points from such a close match as they push for the top four.

"We know how important tonight was. It was an ugly game; a hard-fought game to get the three points. We've got a lot of games coming up between now and March and the international break. We need to take each game as it comes to take maximum points."