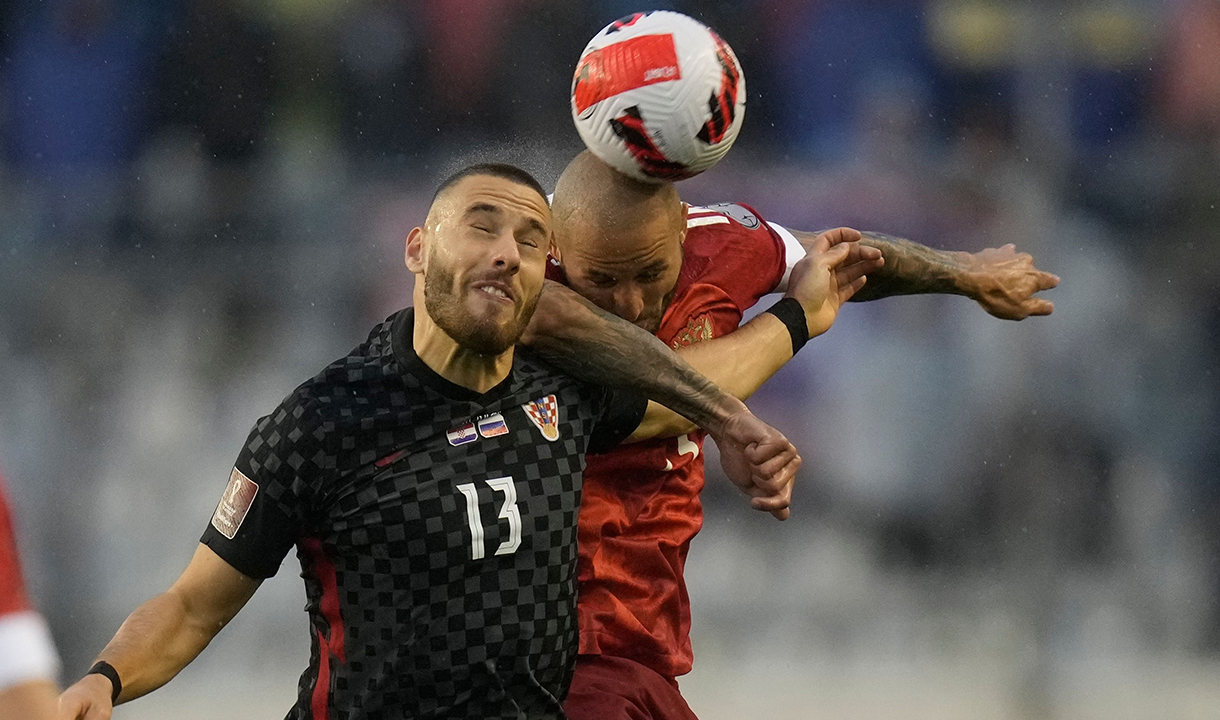 In European qualifying, Vlašić and Croatia went into Sunday evening’s final group game at home to Russia knowing nothing other than three points would secure automatic progress to the tournament; otherwise, their opponents would top Group H.

The Hammers’ No11 started the game at Stadion Poljud, like his team, brightly, helping the 2018 World Cup finalists dominate the possession and shot count from wide on the right, producing several good crosses.

Indeed, Russia mustered just two shots throughout the entirety of the game, aware that a stalemate would be enough to see themselves reach the tournament at the expense of their hosts.

A string of good saves by visiting goakeeper Matvei Safonov and a waterlogged pitch looked they would combine to frustrate Croatia, who replaced Vlašić on 58 minutes as they looked to take a more direct approach.

It was a tactic which ultimately paid off after 81 minutes when a high ball into the box saw Russian defender Fyodor Kudryashov fail to sort out his feet, deflecting it beyond his own goalkeeper to seal Croatia’s qualification for the 2022 finals.

A fortunate way to earn victory – but a deserved victory nevertheless for Croatia, who topped Group H by a single point as a result, with seven wins from ten games.

Also need a victory going into their final game on Sunday were Masuaku and DR Congo, who subsequently secured a 2-0 win over Benin and leapfrogged their opponents at the top of Group J in the second round of qualifying in Africa.

With only the top team in each pool advancing, nothing less than a win would have done for Masuaku in Kinshasa.

But his side got off to a good start when Dieumerci Mbokani converted a penalty kick in the tenth minute, after Masuaku’s low cross saw a Benin defender penalised for holding.

Benin came within inches of equalising on the stroke of half-time as a bending free-kick almost bounced into the top corner, but the points were DR Congo’s with a quarter-of-an-hour to go as Ben Malango won a towering header at the far post.

DR Congo now advance to the third and final round of African qualification for the 2022 World Cup, which sees the ten group winners from the second round compete in home-and-away ties to reach the finals.

Elsewhere in European qualifying, Pablo Fornals was not named in Spain’s starting XI or substitutes for their 1-0 win over Sweden in Seville.

That result, courtesy of Alvaro Morata’s late strike, secures La Roja’s spot at the 2022 FIFA World Cup Finals, where Fornals will hope to be involved.