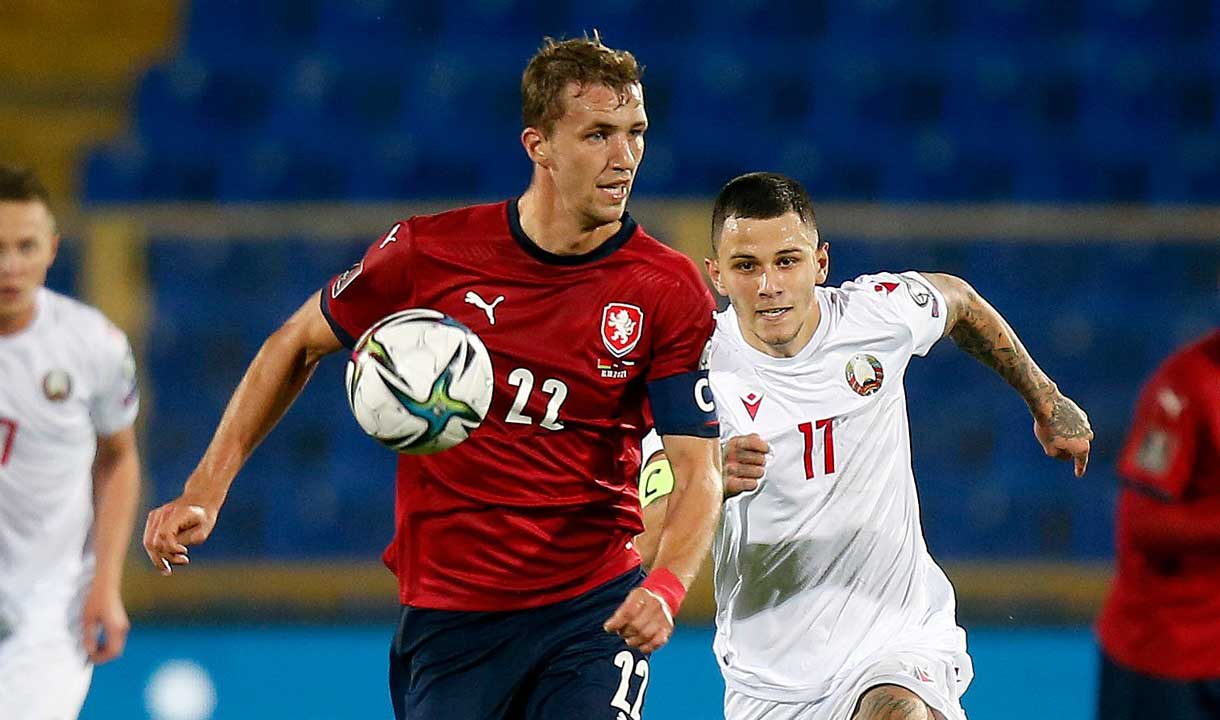 Tomáš Souček was on the scoresheet as West Ham United's trio of Czech Republic stars helped their country to a comprehensive 7-0 friendly victory over Kuwait on Thursday night.

Souček and Vladimír Coufal started the match in Olomouc, while Alex Král came on as a 61st minute substitute as the Czechs warmed up for a vital World Cup qualifier against Estonia on Tuesday.

Souček, who skippered the side, notched his eighth international goal to score the hosts' fourth of seven on the night.

Three other Hammers were involved elsewhere on a busy night of international action, with Andriy Yarmolenko earning his 105th Ukraine cap in their 1-1 home friendly draw against Bulgaria.

Pablo Fornals was a second half substitute for Spain, as they secured a 1-0 victory over Greece in qualifying for next summer's FIFA World Cup finals in Qatar.

With group rivals Sweden stumbling to defeat in Georgia, Spain leapfrogged them at the top of the table and know a point against the Swedes in Seville on Sunday would be enough to secure qualification.

Nikola Vlašić came off the bench in Croatia's 7-1 win against Malta - a result which sets-up a blockbuster final qualifier against Russia on Sunday.

Should Croatia win in Split, they would replace Russia at the head of Group H and book their direct ticket to Qatar.