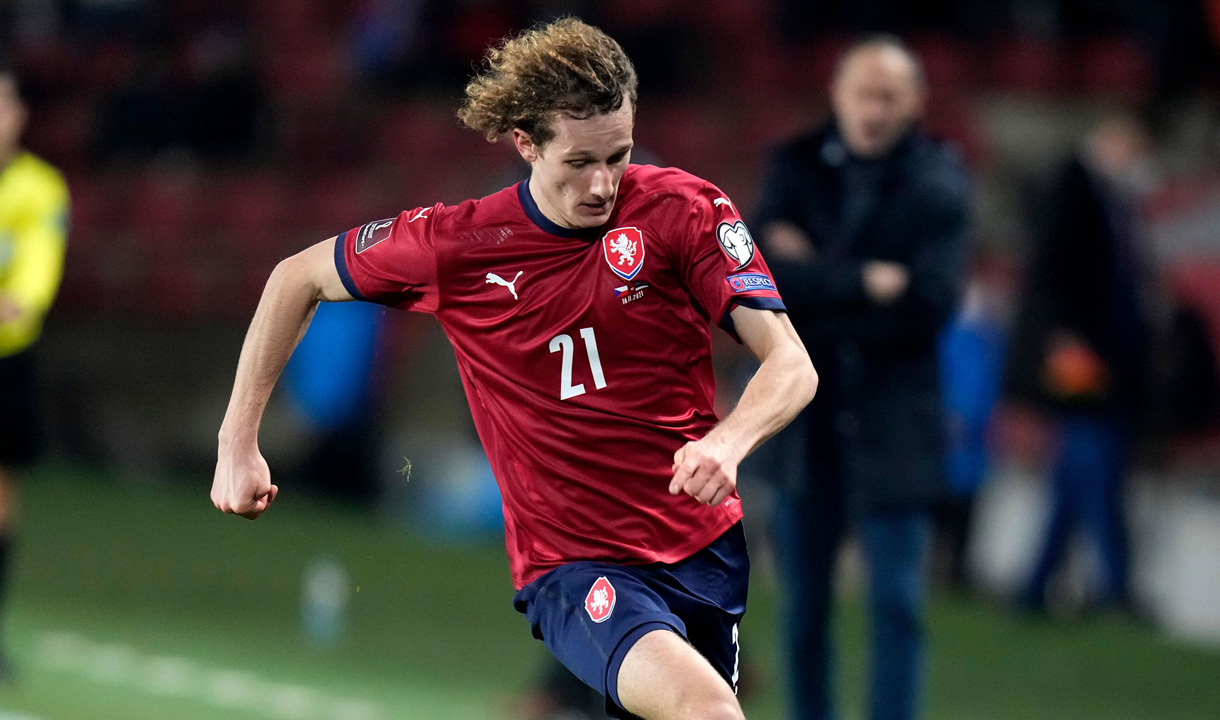 Kurt Zouma and France completed an unbeaten Group D campaign, having already punched their ticket to Qatar, with a comfortable 2-0 win in Finland, where Alphonse Areola was an unused substitute.

That result opened the door for Andriy Yarmolenko and Ukraine to also complete an unbeaten eight-match group-stage and snatch a play-off place courtesy of a 2-0 win in Bosnia and Herzegovina.

Ukraine will be joined in the play-offs by the Czech Republic, who completed their Group E fixtures with a 2-0 home win over Estonia, with Hammers pair Vladimír Coufal and Alex Král starting.

The Czechs finished third in their group behind Belgium and Wales, who drew 1-1 in Cardiff, but had already secured their play-off place after winning their UEFA Nations League group. Tomáš Souček was an unused substitute in Prague.

Neither Ukraine nor Czech Republic will be seeded in the 12-team semi-final draw, which will be held on 26 November, with ties being played in March next year.

Czech Republic’s potential semi-final opponents are Portugal, Scotland, European champions Italy, Russia, Sweden or Wales, while Ukraine can face any of the aforementioned teams bar Russia due to political reasons.

Three nations will emerge from six semi-finals and three finals and will join France, Declan Rice’s England and Pablo Fornals' Spain in Qatar.

Earlier on Tuesday, Saïd Benrahma and Algeria collected the point they needed from their final second round Group A tie by drawing 2-2 with Burkina Faso in Blida to reach the third round of CAF qualifying.

There, they will face one of Tunisia, Nigeria, Cameroon, Mali, Egypt, Ghana, Senegal, Morocco or Arthur Masuaku’s DR Congo over two legs next March, with the five winners advancing to the World Cup finals.

MICHAIL ANTONIO. THERE WAS NO STOPPING THAT. ?

His second goal in three appearances for Jamaica ?? pic.twitter.com/r6uK1XUCkZ

Last but not least, Michail Antonio scored again for Jamaica in their CONCACAF third round home tie with the United States on Tuesday evening.

Fresh from scoring his first international goal in a 1-1 draw away in El Salvador, West Ham’s No9 was handed his first start for the Reggae Boyz and responded with a sensational long-range strike in Kingston.

However, Jamaica will need to win a number of their remaining six matches to close the gap on the top four and potentially secure qualification for their second World Cup finals.