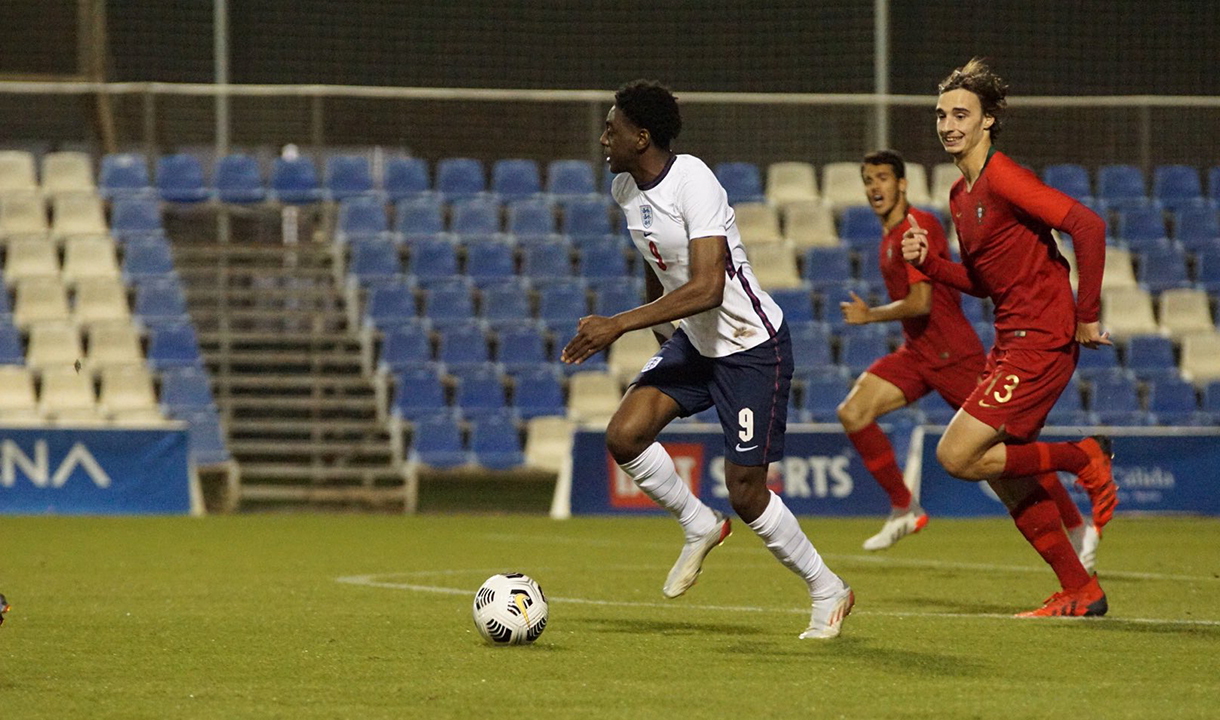 Academy striker Divin Mubama scored the winning goal for England U18s in a thrilling 3-2 win over Sweden on Friday night.

On an evening where West Ham United’s influence could be felt across the various Lions' age groups, Mubama rifled in his second international goal for England U18s, having netted his first against Portugal at the end of last year.

The 17-year-old fired home a low shot for the Young Lions on 74 minutes, stealing possession back for his national side before netting to re-establish a two-goal advantage.

Isaac Mabaya’s strike and a Sweden own-goal had given England a 2-0 lead in Friday’s friendly, only for Casper Eklund to halve the deficit on 56 minutes.

Mubama’s finish made the score 3-1 to England before Shakur Omar added another for the Swedes to set up a tense finish.

Fellow young West Ham forward Sonny Perkins also featured for the U18s in the win, coming off the bench in place of Mubama on 80 minutes.

At two levels higher, England U20s, Aji Alese started for the side and played the full 90 minutes as he and his international colleagues were beaten 2-0 by Poland in the U20s Elite League.

A goalless first half was followed by a quickfire double from the home side as Radoslaw Golebiowski and Patryk Szwedzik scored on 55 minutes and 60 minutes respectively, inflicting a second defeat of the campaign on the English side.

Two Hammers first-team stars were also included in their respective international team squads for matches on Friday evening but did not take to the pitch.

Ben Johnson, part of his first-ever England U21s camp following his excellent form for the Irons this season, took his place on the bench as Lee Carsley’s Lions saw off Andorra 4-1.

Morgan Gibbs-White of Wolverhampton Wanderers made it 3-0 and, while Andorra found a consolation through Albert Rosas, Everton’s Anthony Gordon secured the 4-1 win.

At senior side level, goalkeeper Alphonse Areola was on the bench for France as the reigning FIFA World Champions beat Ivory Coast 2-1, while Arthur Masuaku was not involved in DR Congo’s 1-1 draw with Morocco.