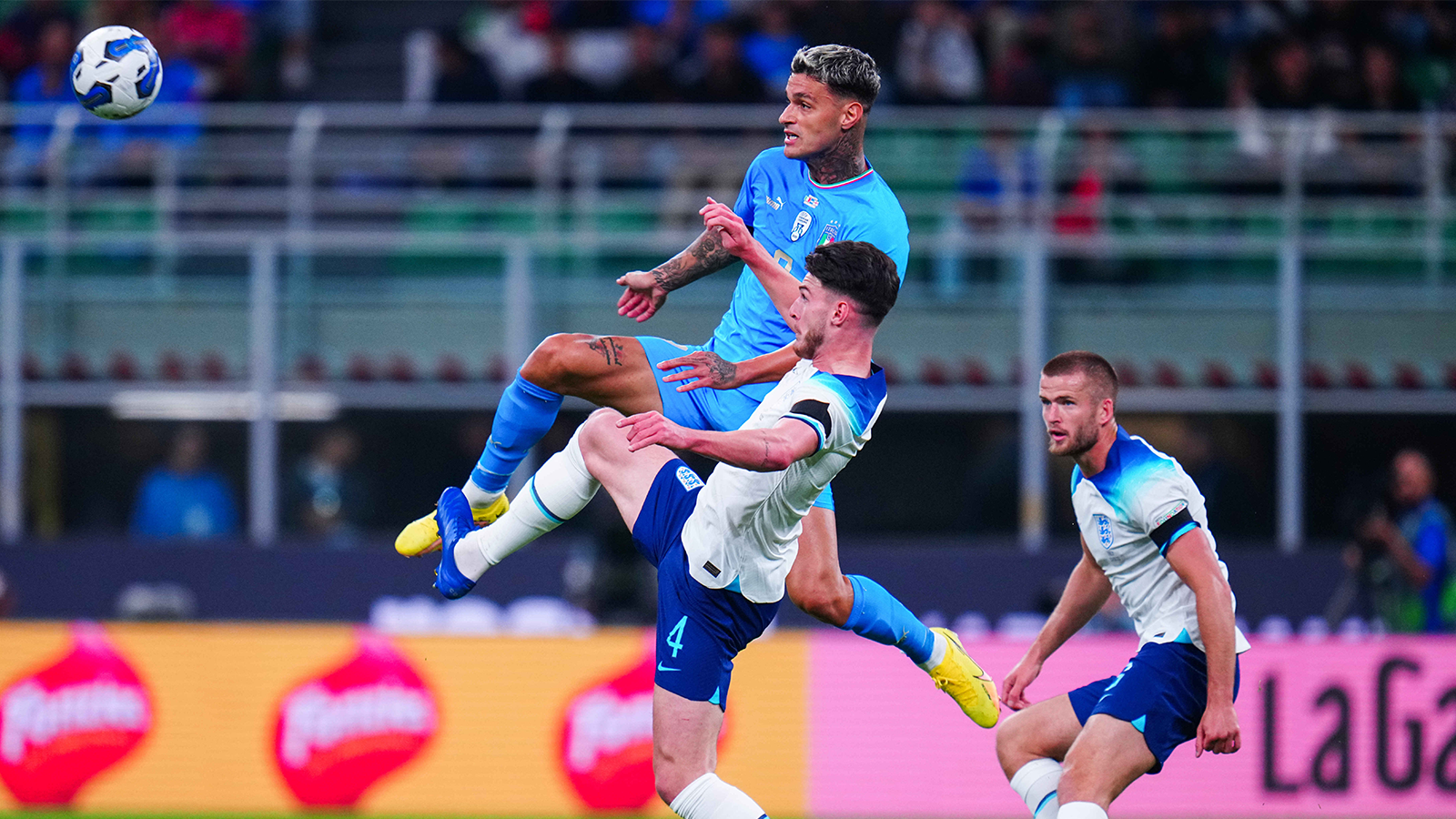 Hammers in action for Brazil, England, Germany and Italy

It was a busy Friday night for West Ham United players, who were involved in an array of international action including UEFA Nations League and friendly matches.

Scamacca, who has been capped over 80 times by Italy across eight age-group levels, might have opened the scoring inside ten minutes. Towering over Harry Maguire, the Hammers No7 struck the bar with a powerful header from close range and later flashed a long-range effort wide of England’s goal – his best two chances across an hour of action in Milan.

Italy took the lead through Napoli striker Giacomo Raspadori in the second half. Rice, on his 33rd appearance for England, tested Italy keeper Gianluigi Donnarumma with a curling strike in stoppage time, although Gareth Southgate’s side were relegated to League B of the Nations League with a frustrating defeat.

“It’s obviously disappointing,” Rice told Channel 4 after the match. “In the Nations League we have slipped below our standards – but I didn’t think it was all bad tonight. We passed the ball around well…got into some good areas, but just lacked that cutting edge in the end.”

Jarrod Bowen was an unused substitute at San Siro, while Emerson Palmieri was brought on in the closing stages by Italy boss Roberto Mancini.

Elsewhere, with Germany trailing 1-0 at half-time in their Nations League match with Hungary, Thilo Kehrer was Hansi Flick’s first change at Red Bull Arena. Introduced at the interval, Kehrer saw teammate Thomas Müller have a second-half equaliser ruled out, as Hungary held onto their lead to defeat Germany 1-0 in Leipzig.

Kehrer could face Hammers teammates Rice and Bowen next week, as Germany play England on Monday 26 September at Wembley Stadium, while Scamacca and Emerson will battle Hungary for the Group 3A top-spot on the same evening.

In France, Lucas Paquetá started as Brazil beat Ghana 3-0 in an international friendly. The Hammers No11 played 79 minutes as a first-half Richarlison brace and Marquinhos strike saw Brazil record a comfortable win in La Havre, as their World Cup preparation intensified.

Conor Coventry was another of the Hammers' first-team players in international action this evening. The Republic of Ireland U21 skipper, alongside on-loan Port Vale striker Mipo Odubeko - who came off the bench in the second half - saw his side draw 1-1 against ten-man Israel.

The second leg of their UEFA U21 European Championship play-off will be played on Tuesday 27 September in Tel Aviv.

West Ham United U21s goalkeeper Krisztian Hegyi, who signed a new three-year deal with the Hammers in January 2022, kept a clean sheet as Hungary U21s defeated Bulgaria U21s 1-0 in an international friendly. His side took the lead in the first minute.