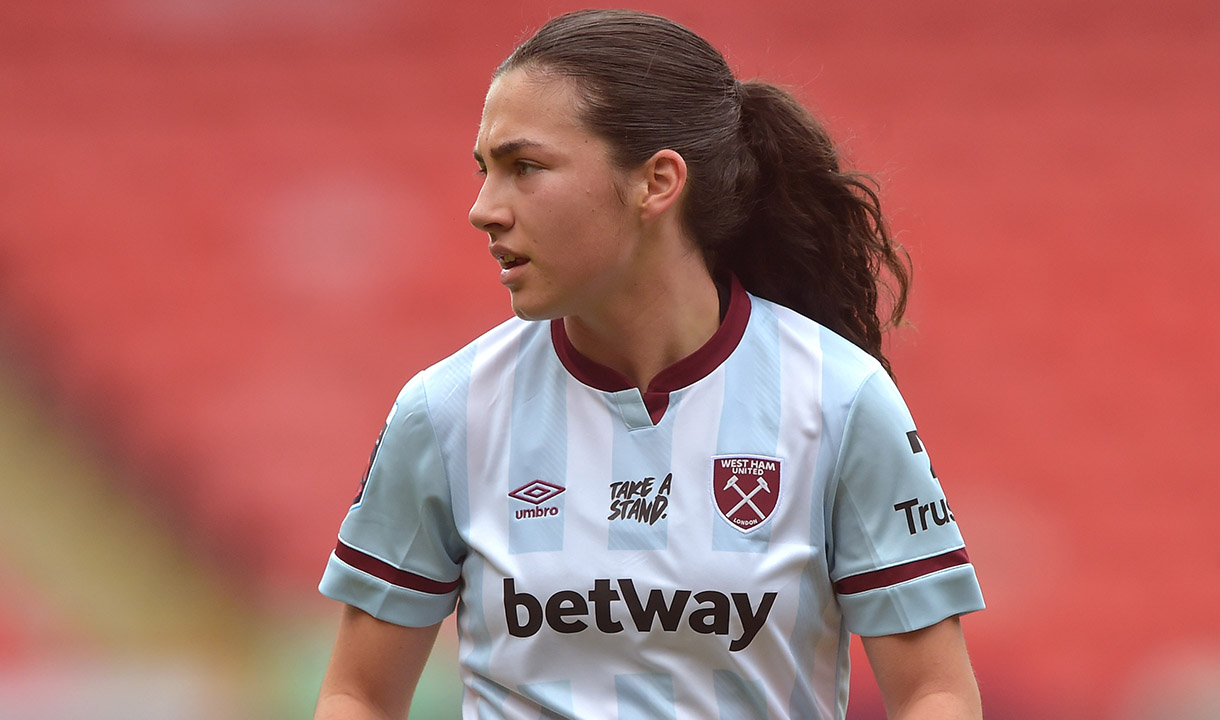 Halle Houssein: It was a great experience to be out there

Halle Houssein was delighted to make her first professional start of her career in the 4-1 victory over Sheffield United in the Vitality Women’s FA Cup fourth round.

The 17-year-old midfielder who joined the Hammers in January on a dual-registration basis from Arsenal has already scored since joining the club that she supports, and her first start caps off a whirlwind first month in Claret & Blue.

“It was a great experience to be out there, Houssein told whufc.com. “It’s been such a good month here at West Ham United; my family are so proud of what I’ve managed to achieve since I arrived.

“However, I know that I need to stay humble and work hard to get more opportunities like this in the future.

“All of the staff at the club have been really supportive and helpful since I arrived, they told me to go out and play my game and do what I would normally do in training.”

Houssein started in midfield alongside Abbey-Leigh Stringer, Mel Filis and Emma Snerle, a quartet that offered a lot of creativity.

However, in the first half, Sheffield United were dangerous on the counter-attack and caused several problems for the Hammers’ backline.

After the half-time break, there was more assurance in West Ham United’s play, and that was proved by their dominance – aided by a number of substitutions that brought further experience onto the field.

“It took us a little bit of time to get into the game as a team, but when we did start to control the play, moving the ball and playing simple passes, then it worked for us.

“Sheffield United deserve some credit because they came out, gave 100% and created a couple of really good chances, but in the second half we improved and managed to get ourselves into the draw for the next round.”

The Hammers will now look forward to returning to Barclays FA Women’s Super League action on Sunday 6 February 2022, as they travel to the Banks’ Stadium to take on Aston Villa.

And Houssein is pleased that the team were able to get some momentum going before the clash with Carla Ward’s side.

“It’s good that we’ve got the win here today, because it’s sets us up nicely now for when we face Aston Villa on Sunday. It’s always nice to lead into a tough game like that with a win.”

The draw for the Vitality Women’s FA Cup fifth round will take place on Monday 31 January 2022, live on TalkSPORT2 from 7:30pm.