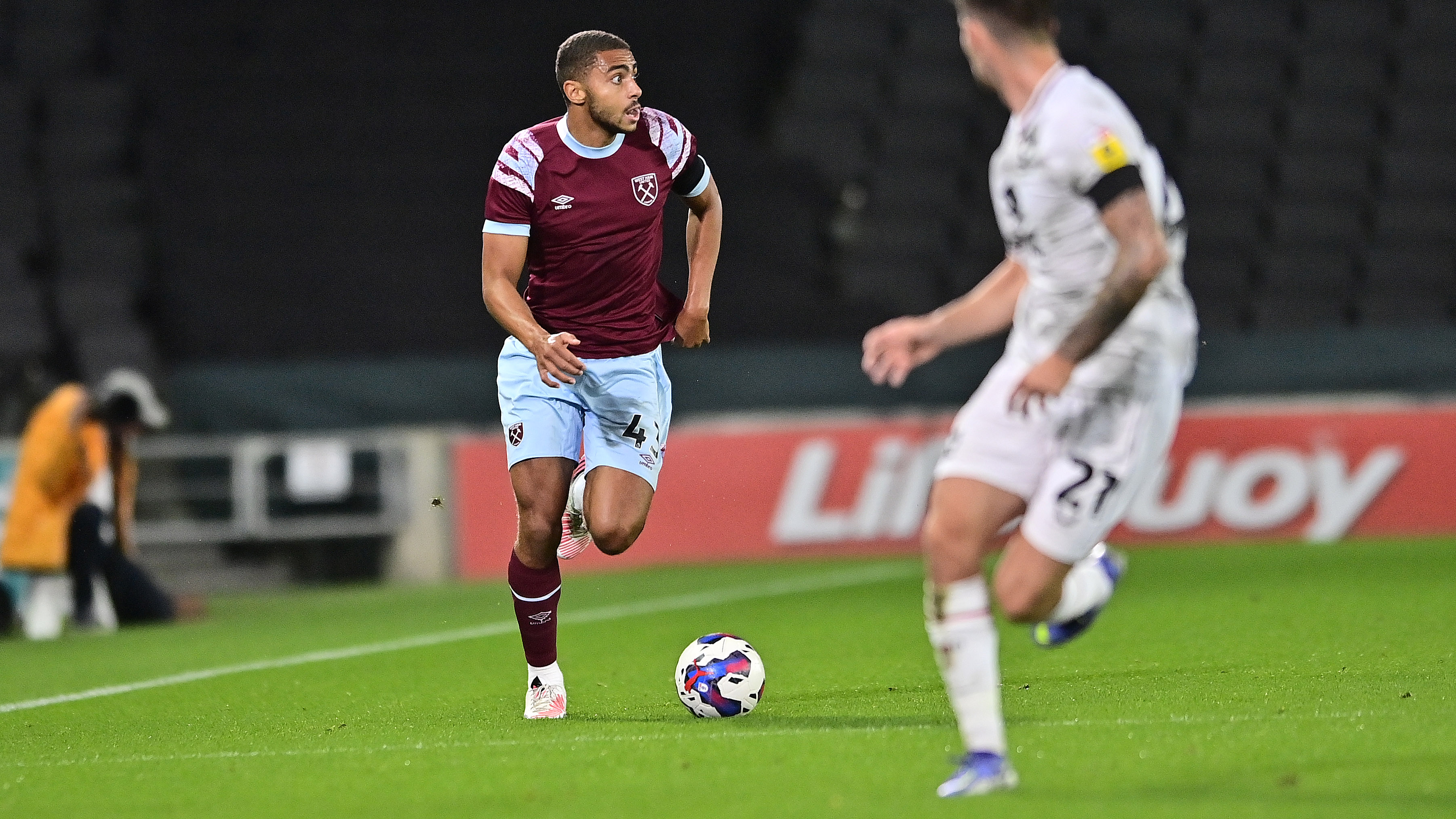 Greenidge: We can definitely build from MK Dons performance

Will Greenidge knows both himself and his teammates will learn from West Ham United U21s’ narrow Papa Johns Trophy defeat to MK Dons on Tuesday evening.

The Hammers defender was part of a back-three that did well to limit their League One opponents, who are managed Liam Manning, a former West Ham's development team coach between 2015-19, to a few half-chances in a goalless first hour.

MK Dons though took the 2-0 victory thanks to a double from substitute Matthew Dennis, who headed home the opener on 63 minutes, before adding his second from the spot with 15 minutes left to be played.

That twelve-minute spell midway through the second-half ultimately decided the game, but Greenidge was pleased as the U21s more than held their own against league opposition at Stadium MK.

"It's always going to be a hard test, a difficult game,” explained Greenidge. “But I think we definitely did ourselves proud. We obviously had quite a young side out to start with, and then you had more young players coming on as well.

The game continued to be even throughout a goalless first hour, and Greenidge was pleased with how the U21s defensive shape frustrated their League One opponents, despite eventually falling on the wrong-side of the 2-0 scoreline.

“We definitely set up in a good defensive shape,” Greenidge added. “And I think most of us have played it before at some point at West Ham, so we're all used to it. And we all know how to play it. I think we did well with it. It's obviously something we can learn with and get better at. But for the first time playing it in a long time, I thought we did well, and we can definitely build from it.”

Now, the challenge is to take such a performance into Premier League 2 action, where the U21s face Chelsea on Saturday afternoon at Rush Green Stadium.

Greenidge said: “It's always going to be a physical [challenge against League opposition]. Playing against men who've done it for 15 years or more. They will know like the little tactical bits, so you just learn and get more experienced [from playing against them].

"We’ve got to now try and do it in 21s games and then you will really stand out. We move on, we learn, and then we go again on Saturday.”