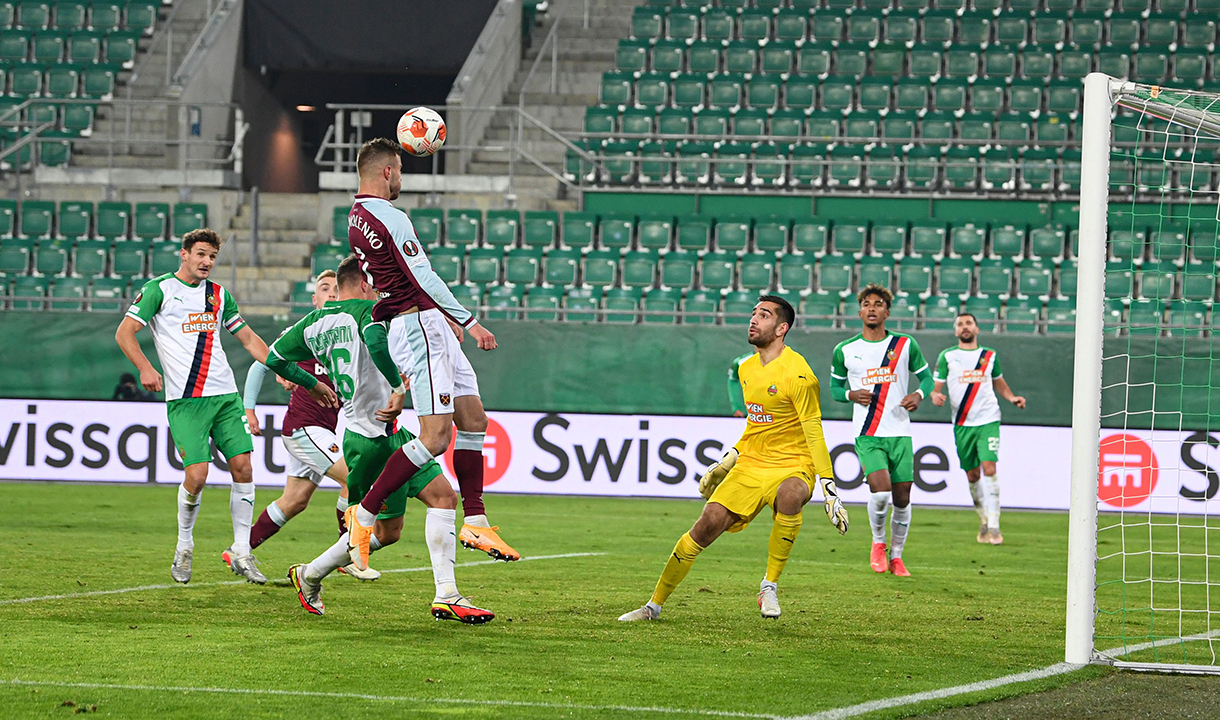 West Ham United delivered another excellent away performance to secure top spot in their first-ever UEFA Europa League group stage campaign, seeing off the challenge of Rapid Vienna in a comfortable 2-0 win in Austria.

A cagey game was opened up five minutes before the half-time whistle when Nikola Vlašić – lively throughout – supplied a delightful high cross which Andriy Yarmolenko rose high to head home for the Ukrainian's first goal of the season.

And the points were all but sealed in first-half stoppage time when Yarmolenko’s quick thinking won his side a penalty kick, which captain Mark Noble stepped up to guide home with typical precision.

Chances continued to flow West Ham’s way in the second half, but the 45 minutes were by-and-large comfortable for the east London side, their job in the group stages by that point fulfilled.

Watch the goals in our video player above!