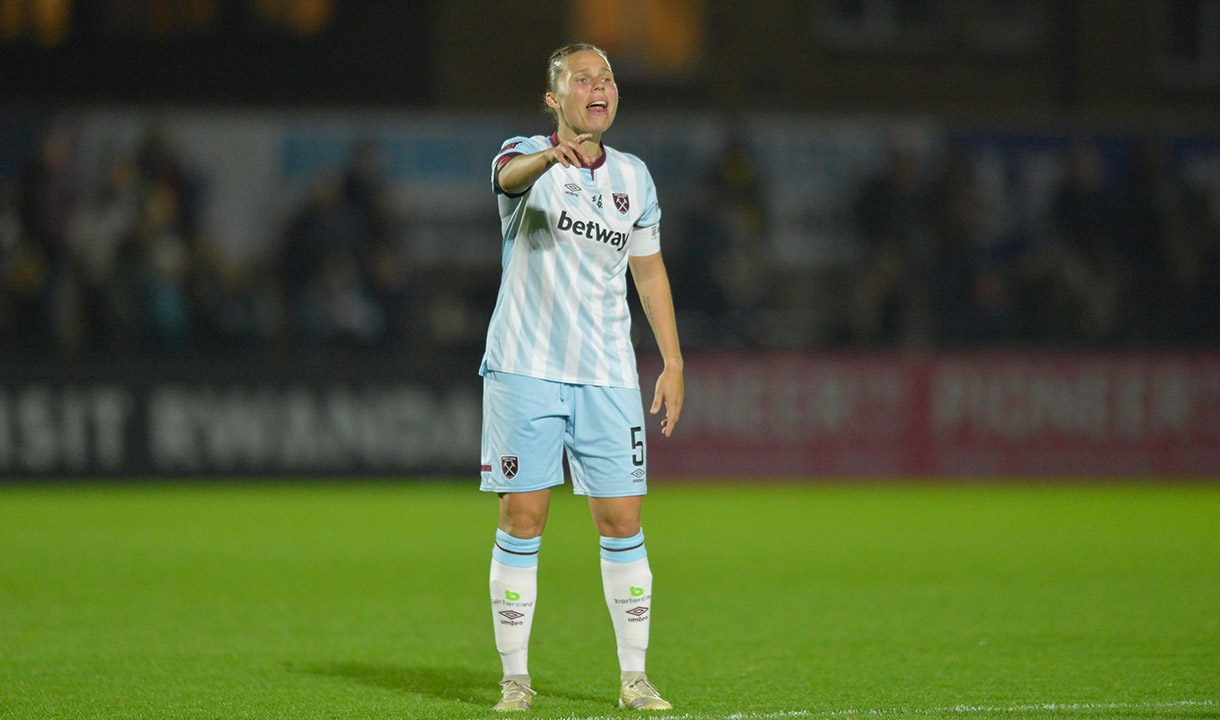 Gilly Flaherty: We have to hold our heads high

Gilly Flaherty reflected on what was a difficult evening for West Ham United Women, as they were downed 4-0 by Arsenal at Meadow Park.

The Barclays FA Women’s Super League leaders were on top form against Olli Harder’s Hammers, with Kim Little scoring either side of the break, before Beth Mead and an own goal from Grace Fisk sealed defeat for the east Londoners.

At the full-time whistle, the West Ham United captain reflected on her former side’s performance.

“You have to give Arsenal credit for the way that they played,” Flaherty told whufc.com.

“We fought and battled well as a team, but today they were different class. I think they’ve gone up a level compared to where they were last season. They’ve got a great team, with lots of talented players to bring off the bench.

“At the moment, they’re probably the best team in the division, so we have to hold our heads high tonight, move on quickly and switch the focus to a big match against Reading this weekend.”

The Gunners have been in sensational form so far this season in the WSL, winning all six of their matches so far, scoring 23 goals and keeping five clean sheets.

Flaherty admitted that it was a difficult evening for the backline, who were under immense pressure for large periods of the match.

“It was a difficult evening to be a defender because you’ve got so many quality players to watch out for. I’m proud of my team, I’m proud of the progress that we’ve made this season and we stuck together tonight.

“It could have been easy for our heads to turn and start blaming one another, but we worked hard for each other out there.”

The Royals had made a poor start to the campaign, but have picked up two wins in their last two games – against Aston Villa and Birmingham City.

Flaherty says that if the team does their homework, then they have every opportunity of coming away with another three points that could see them move further up the table.

“It’s another big game for us,” Flaherty admitted. “Reading had somewhat of a slow start, but they’ve won their last two matches, so we need to make sure we’ve done our homework, which I know we will do.

“We know that they’re going to be organised and disciplined, that’s what you get with a Kelly Chambers team. They have some good players, including Natasha Dowie who’s come back to the WSL, so I’m excited to come up against her.

“It’s going to be a difficult game, but I’ve got absolute faith in the girls that we will bounce back.”