Get Your Women vs Chelsea Matchday Programme!

In the week where the world celebrates International Women's Day 2022, this Thursday's programme recognises the roles undertaken and efforts made by female members of the backroom team at West Ham United Women.

A round-table conversation with Head of Medical Elena Jobson, Head of Performance Jenny Coe and Kit Operative Lucy Barnes is the main feature in this week's issue, as the trio discuss the challenges of their respective paths into football.

Also included in this Matchday Programme is an interview with Adriana Leon, who sat down to discuss her comeback from two serious injuries, winning Olympic Gold with Canada last summer, and making appearance number 50 in Claret and Blue.

Featuring the pre-match thoughts of captain Gilly Flaherty, manager Olli Harder, plus all the news from the Club, this issue of the West Ham United Women's Matchday Programme is not to be missed!

You can pick up your copy at Dagenham & Redbridge Stadium on Thursday ahead of the match with Chelsea for just £2, or order as many as you like through our programme provider, Ignition Sports Media, here! 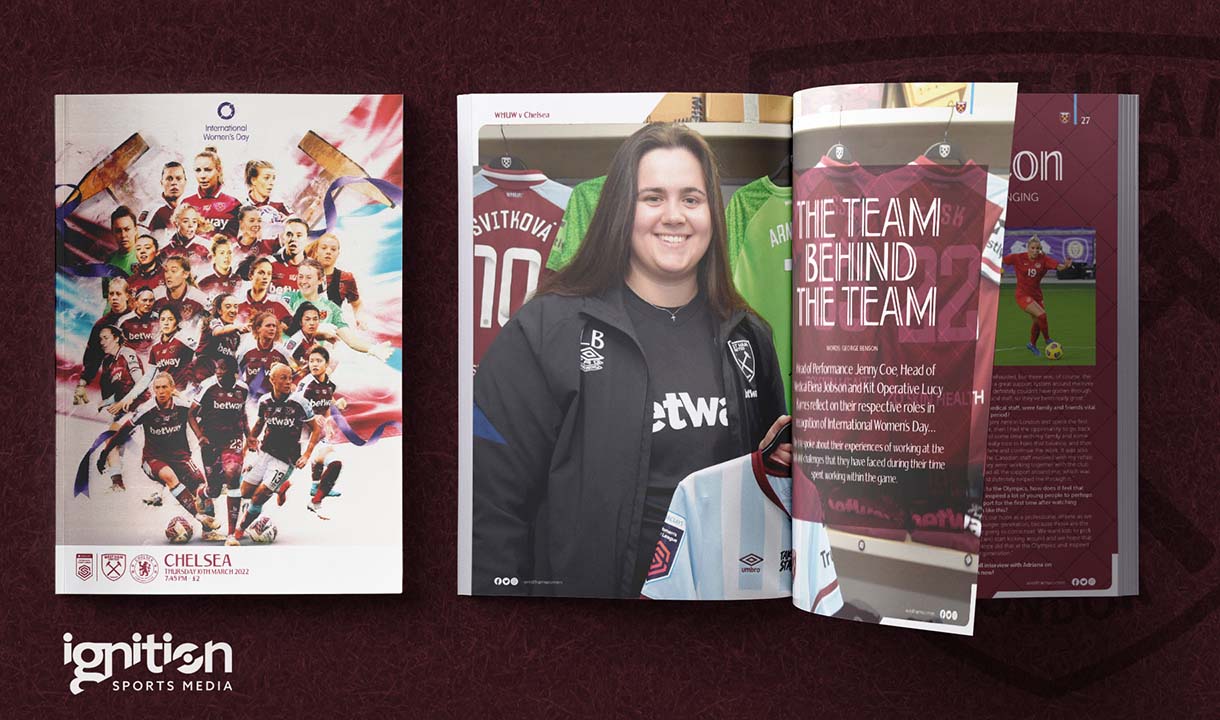