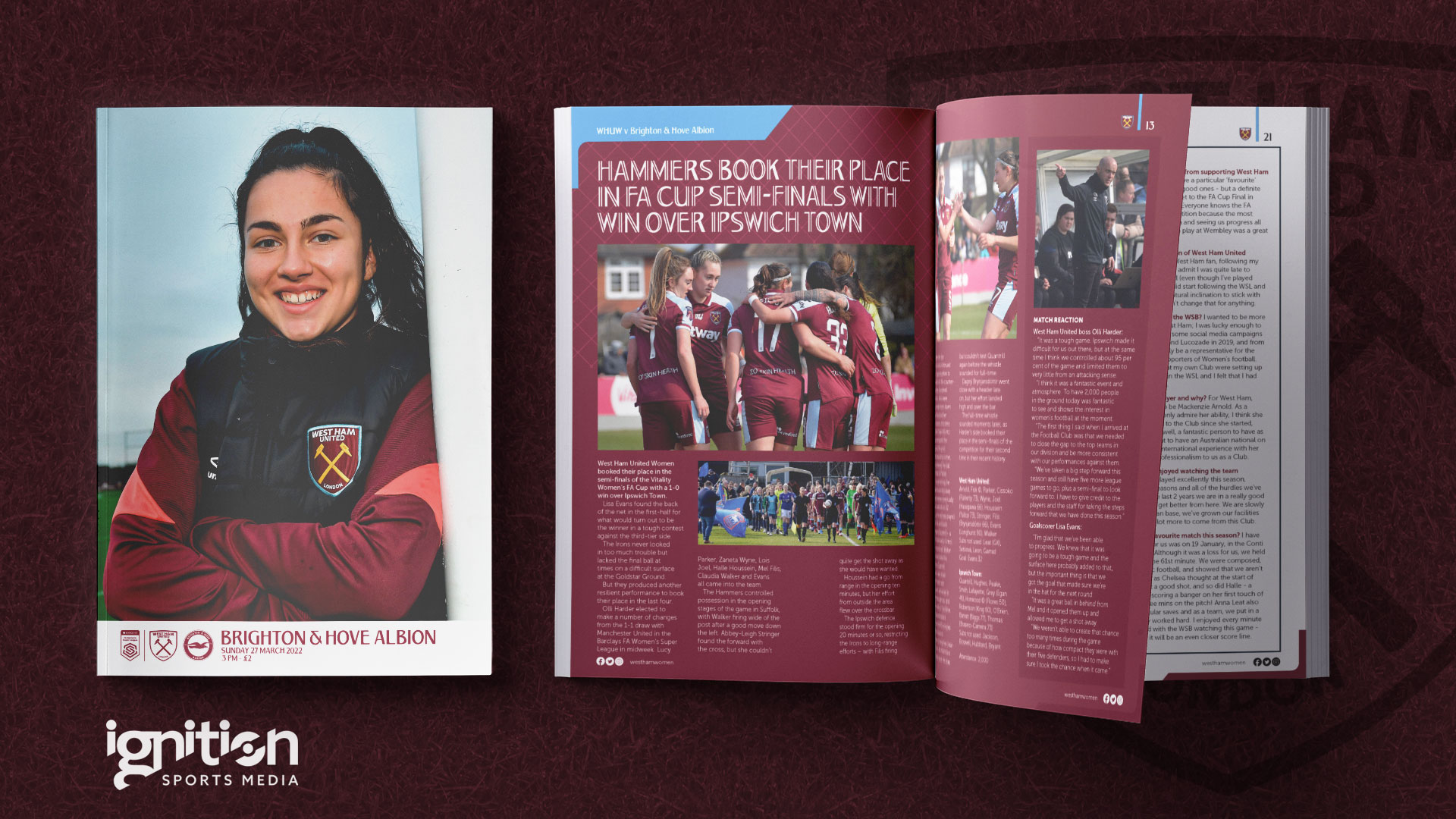 Get Your Women vs Brighton & Hove Albion Matchday Programme!

In our main feature, Halle Houssein reflects on her first three months at West Ham United. The Hammers fan had a whirlwind start to her time at the club, scoring on her debut against Chelsea in the Continental Tyres League Cup.

She reveals all about her time in east London so far and her hopes for the future.

Also included in this Matchday Programme is all the latest news from around the club, including reaction from Sunday's win against Ipswich Town, and an in-depth look at Sunday's opposition, Brighton & Hove Albion

Featuring the pre-match thoughts of captain Gilly Flaherty, manager Olli Harder, plus all the news from the Club, this issue of the West Ham United Women's Matchday Programme is not to be missed!

You can pick up your copy at the Chigwell Construction Stadium ahead of the match with Brighton for just £2, or order as many as you like through our programme provider, Ignition Sports Media, here!

West Ham United Women take on Brighton & Hove Albion at the Chigwell Construction Stadium on Sunday 27 March 2022, with the match scheduled to kick-off at 3pm.

Tickets are available to purchase online until 9am on Sunday morning and will then be available from the ticket office at the ground from 1pm.

If you can’t make it to the match, then you can watch live on the FA Player. 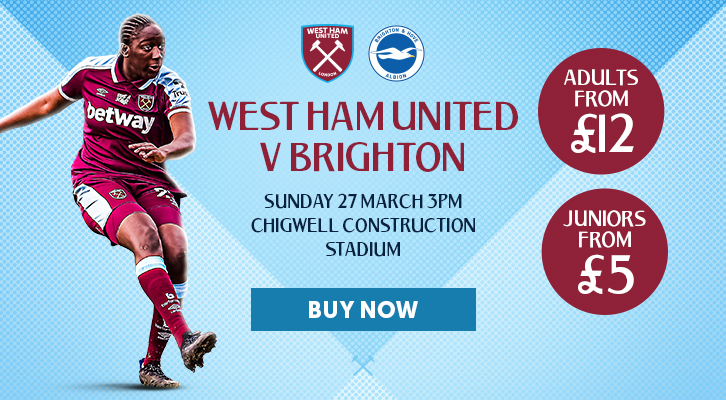