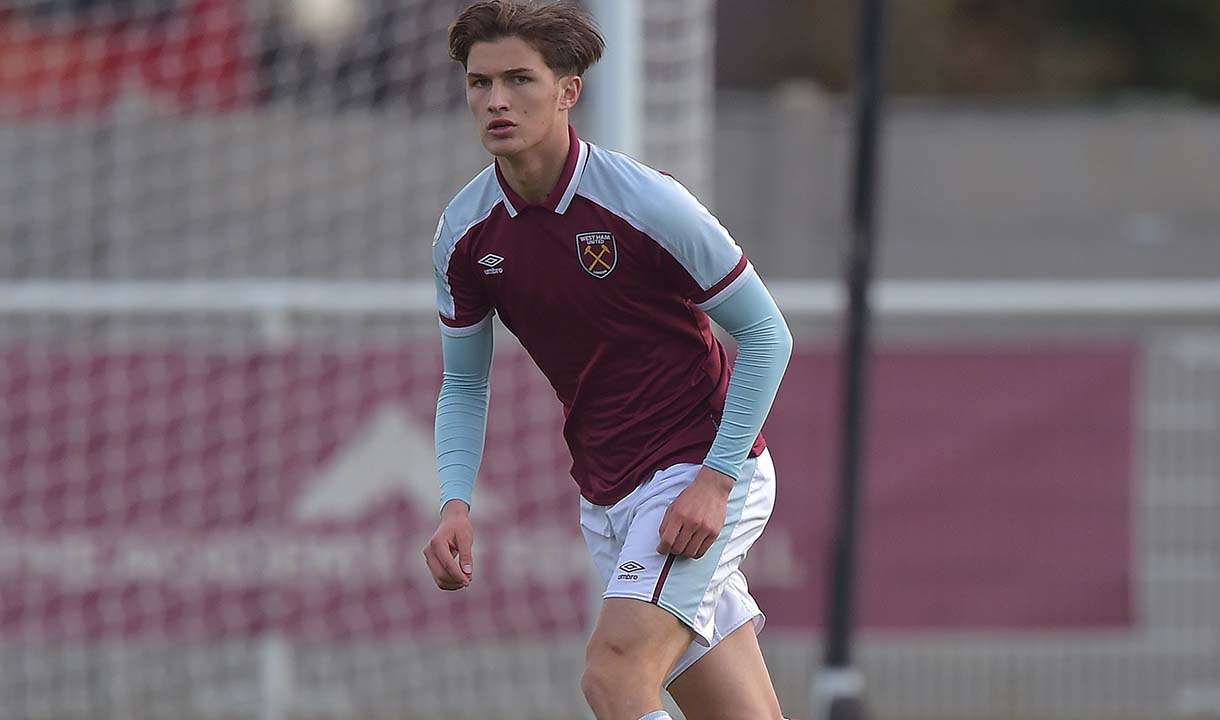 Freddie Potts: It felt really good to be back out there

There were mixed feelings for Freddie Potts in Sunday’s Premier League 2 defeat at the hands of Manchester City.

The versatile midfielder came off the bench to feature in the closing 15 minutes of West Ham United U23’s 2-0 loss at the hands of City at the Academy Stadium, marking his return to action after a number of weeks out with injury.

Potts had become a consistent figure in the U23s line-up towards the end of 2021 but a set-back kept the 18-year-old out of action so far in 2022, with Potts making his return this past weekend.

While delighted to be back playing after his injury, Potts and his teammates were beaten by City, who opened the gap at the top of Premier League 2 Division 1 between themselves and the Hammers to seven points.

The last six weeks have been pretty tough for me, to be honest, but I’m feeling good again.

“It was really good to be back out there,” Potts told whufc.com. “It’s one where I’ve been out for a little while now. Coming on for the last 15 minutes, and the way in which I came on, I just wanted to get a few touches of the ball and get used to be backing on the pitch.

“I feel good, I feel fit and I feel strong. The last six weeks have been pretty tough for me, to be honest, but I’m feeling good again. I’m getting better every day and it’s about just getting minutes on the pitch and hopefully I’ll be back to my best soon.”

Sunday’s defeat to City was not without talking points as the Hammers went behind after six minutes to a penalty, scored by James McAtee, while Jamal Baptiste was sent off for two yellow card offences on 34 minutes.

Potts believes both the decision to award the penalty, after Aji Alese’s tackle, and the dismissal were harsh on West Ham.

“We started really well in the first half. I thought we were on top. Coming to Manchester City, where they like to control things, that was a big thing. I think we coped with them well up until the red card, which changed the game.

“When you’re playing games against teams like Manchester City at the top of the table, they know how to control games, and that’s what has happened after we’ve lost Jamal.

“From where we were sat and what we saw, both decisions looked harsh. I think for the penalty, it looked like Aji got the ball. And then for Jamal to be sent off in the manner he was, with a second yellow, it looked like a good tackle.

“But this is football, and these things happen.”

Despite not winning the game, lead coach Mark Robson took a lot of pride in his team’s performance against the reigning Premier League 2 champions, something Potts echoed.
The midfielder says the U23s can now only focus on winning each of their remaining games in the quest to win the Premier League 2 title.

“There were a lot of positives to take for us,” he added. “I feel like, before their second goal went in, we were staying in the game and doing okay. We always show resilience in our team and this game was just about us trying our best.

“We’re going to get back on the training pitches and we’re going to focus on winning. City are seven points ahead of us now, but our objectives haven’t changed. We still want to win the league.

“We’ve got seven games left and we’re going to take each game as it comes. Each of them is now a must-win. We need three points from all of them. So, in training, we’re going to kick on and go again.”