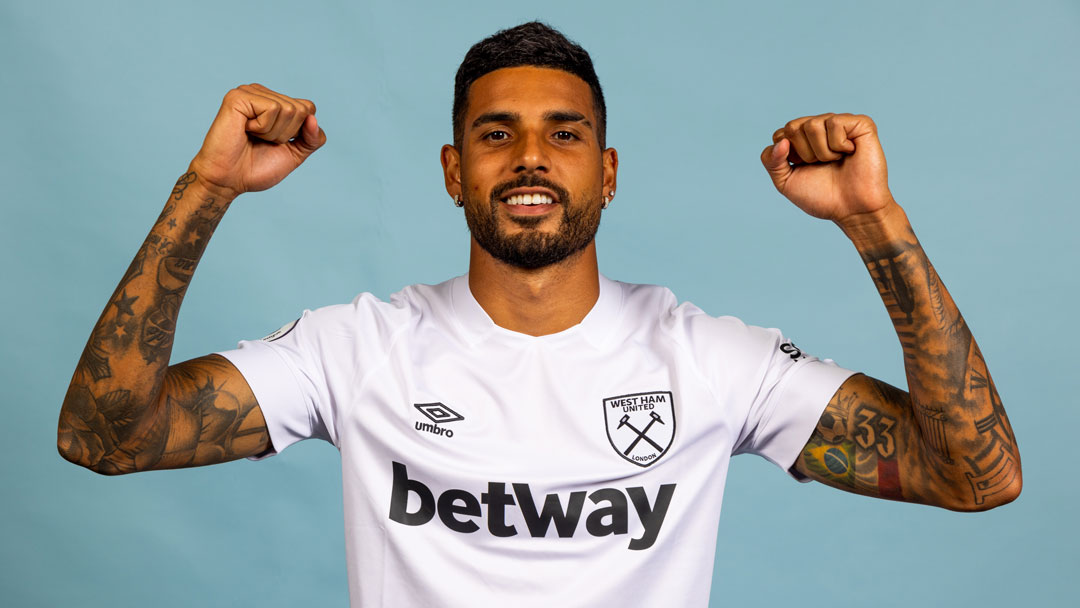 FPL: West Ham vs Everton and the battle of the £4.0m defenders

FPL managers rarely get points for just a £4.0m investment, although both West Ham United and Everton have such a defender in their ranks.

Emerson Palmieri could prove to be a bargain defender from the Hammers, while Nathan Patterson seems to have been given the nod to start at right-back at Goodison Park this season.

Remember it is a long season ahead and – after the postponement of the Gameweek 7 fixtures and some Gameweek 8 matches - to make your transfers ahead of an earlier Gameweek deadline of Friday 16 September at 6.30 pm.

On whufc.com and in each issue of the Official Programme this season, we will analyse players’ performances – and give out tips to help you thrive in FPL!

This week, it is the battle of the £4m defenders.

What could Emerson Palmieri bring to your FPL team?

As it stands, Emerson’s ownership sits at 1.8%, with over 90,000 managers choosing to add the Italy full-back to their team ahead of West Ham United’s trip to Goodison Park.

And rightly too. Emerson has looked like a sure option at full-back since his debut in Claret & Blue at Villa Park, showcasing the ability to attack as part of a back-four or back-five.

Born in Brazil, Emerson made the move from West to East London to join the Hammers this summer after spending last season on loan at Lyon. He played against David Moyes’ men whilst in last season’s Europa League quarter-finals, and has won the UEFA Champions League, UEFA Europa League, and UEFA European Championship – he started the Euros final against England at Wembley in 2021. The experience and quality are clearly both there.

Against FCSB, on Matchday One of the UEFA Europa Conference League, Emerson struck his first Hammers goal. Neat interplay with Maxwel Cornet down the left had earlier created chances for Gianluca Scamacca, before Emerson took matters into his own hands and found the net in the second half. After FCSB substitute Ovidiu Popescu struggled to clear the ball, Emerson pounced and thrashed the ball into the net from close range. A proper strikers finish from the full-back.

He also featured as part of the a back-five against Silkeborg on Thursday.

FPL fans will be hoping the 28-year-old can bring that sort of strike to the Premier League over the next few weeks. Clean sheet bonuses could also be a potential source of points, with West Ham’s next four league games ranked at just 2 by the FPL Fixture Difficulty Rating.

Priced at the same value as Emerson at the start of the season, Everton’s Nathan Patterson seems to have been given the starting position at right-back under Frank Lampard.

His performances have caught the eye of FPL managers too, as Patterson has risen in stock to £4.1m ahead of Gameweek 8. A subtle increase yes, but one that shows the player is in the thoughts of many FPL bosses.

His ownership currently sits at 7.2% and he has picked up 14 points so far this season – six of which came in his best week haul in Gameweek 6 against Liverpool.

Having joined the Toffees from Rangers last January, Patterson has played 90 minutes in every one of Everton’s league fixtures in 2022/23.