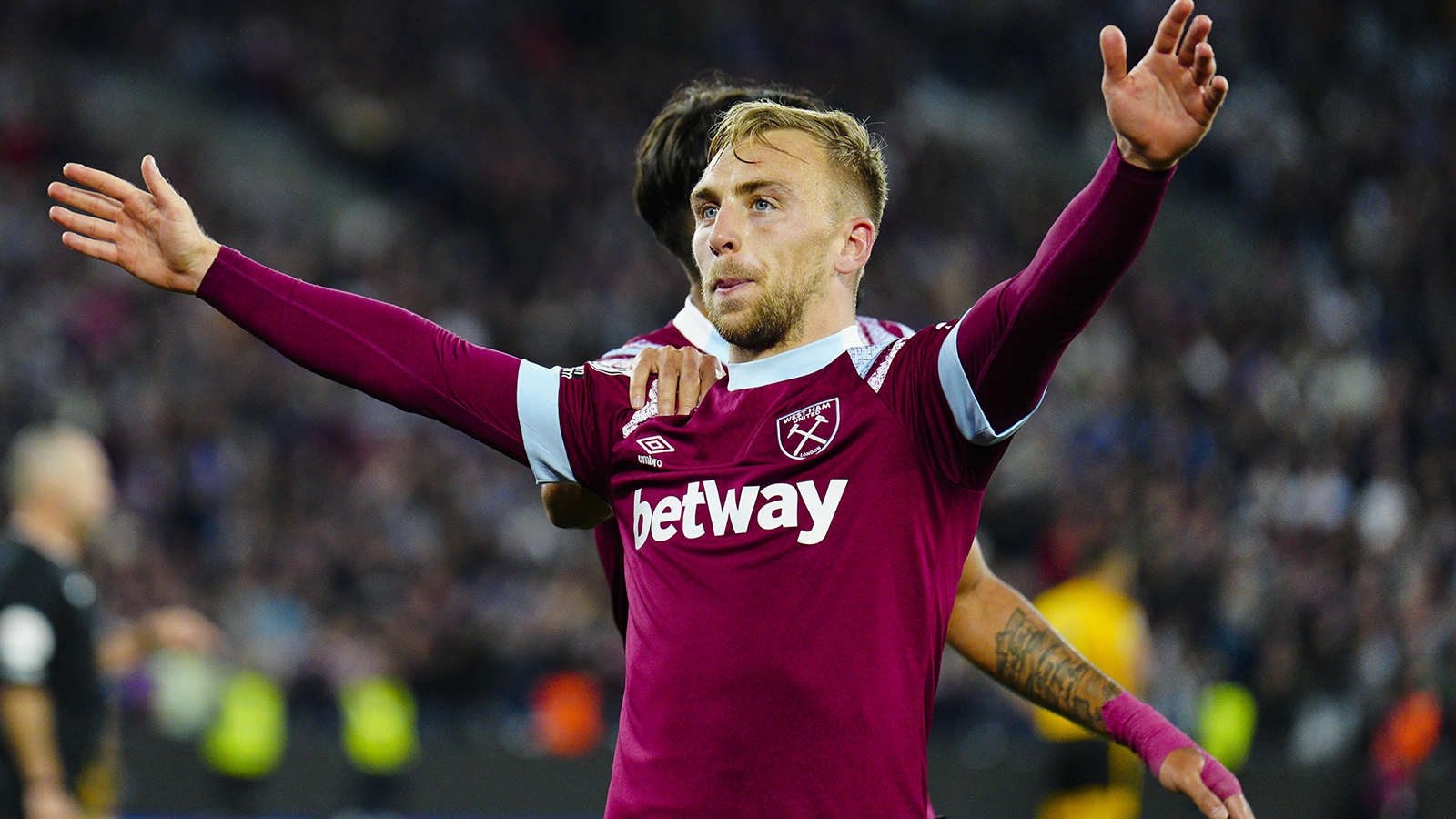 FPL: Can Bowen build from his best Gameweek return of the season?

After his performance against Wolverhampton Wanderers, you have had your polite warning that it is time to get Jarrod Bowen in your Fantasy Premier League (FPL) line-up ahead of West Ham United's match with Fulham at London Stadium on Sunday!

Remember you have two Wildcards - a chip that allows unlimited free transfers in a single Gameweek – with the first available to activate until Saturday 12 November.

And it looks to be the perfect time to make the move to sign a Hammer or two, with three of the Hammers’ next five fixtures rated as two (low) on the FPL Difficulty Ranking.

In each issue of the Official Programme and on whufc.com, we will analyse players' performances and provide tips on how to succeed in FPL!

This week, we take a closer look at our top FPL points scorer from last season, and that is England forward Bowen.

What can Jarrod Bowen bring to my FPL team?

The Hammers forward netted his first goal of the Premier League season against Wolves last time out, marking a welcome win with an impressive individual performance.

Having scored in home ties against Viborg FF and FCSB this season, the England forward made no mistake when a Thilo Kehrer shot spun into his path. Bowen controlled the ball expertly and an instinctive finish followed too – the ball whipped back past a well-beaten José Sá for the Hammers second goal of the evening.

A nuisance throughout, Bowen also picked up points for his assist in the first half. A driving run created the chance, which Scamacca finished then clinically from the edge of the area.

Bowen efforts, combined with three bonus points, saw the Hammers No20 pick up his best Gameweek total of the season of 14 points.

But there is plenty more to come for the West Ham No20, that is for sure. Bowen charged past the 200 FPL points mark for the first time in his career, as he registered 12 goals and 17 assists last season.

As the Hammers finished seventh, a best-ever FPL campaign of 206 points - and a price rise of £2.0m – was the reward for the managers that backed the third highest scoring midfielder in FPL 2021/22.

A 65-point increase from his previous season last year saw Bowen become a regular feature in many FPL teams, especially as his classification as a Midfielder means he can score regularly at both ends of the pitch.

Importantly, he has been one of the Hammers’ penalty takers this season. In West Ham’s 3-1 UEFA Europa Conference League Group B win over FCSB at London Stadium in September, Bowen stepped up and smashed his spot-kick into the roof of the net. Penalties are therefore another way he could amass FPL points quickly.

Bowen grabbed his first Premier League goal of the season last time out – and now is the time to grab him for your FPL team before he nets more in the next few Gameweeks!

Opposition One to Watch: Aleksandar Mitrović

The form of Aleksandar Mitrović has been difficult for FPL bosses to ignore this campaign.

Priced at £6.9m, up from £6.5m at the start of the season, the Serbia international striker has been the differential so far this season, such has been his red hot form on Fulham’s return to the top-flight.

Thanks to a brace against Liverpool in Gameweek One, a haul of 13 points set the tone for Mitrović’s quick start. Goals in Gameweeks Three, Four, Five and Six furthered the FPL returns from the Fulham No9, who is the sixth-highest scoring Forward in the game behind Erling Haaland, Harry Kane, Ivan Toney, Gabriel Jesus and Roberto Firmino with 41 points.

Mitrović was forced off with an injury in Fulham’s home defeat by Newcastle United at Craven Cottage last weekend and his status for this game remains in doubt at time of writing.

Suffice to say, should the 28-year-old feature, West Ham’s defenders will need to be at their best to stop him.

Congratulations to Erik André Haaland (seriously!), whose team Lads on toure collected 163 points to win the September Manager of the Month award.