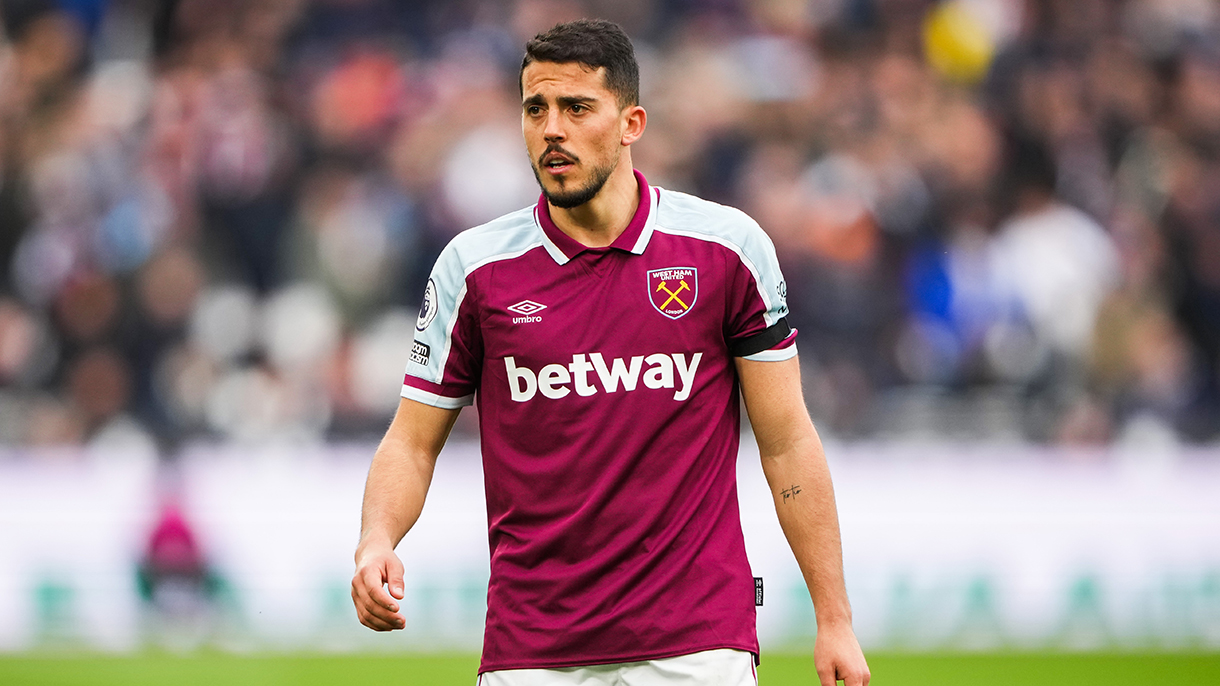 Fornals: I am proud to be part of this moment

Pablo Fornals has reiterated his belief that this West Ham United squad is determined to write their own history, following Sunday’s 2-1 win over Everton.

Like the supporters he so proudly represents, Fornals has witnessed a real transformation in the Irons’ fortunes since making the move to east London in the summer of 2019.

The 26-year-old was not only a part of the group who battled to secure Premier League safety under David Moyes in 2019/20, but also a key cog in the manager’s European-qualifying – and Club record-setting – unit last term.

Now, as 2021/22 approaches its climax with the Hammers still in contention for further continental football via their league position – as well as in a first major European quarter-final since 1981, against French opponents Olympique Lyonnais – Fornals is just enjoying the moment.

The Spaniard smiled: “As you can imagine, it is very exciting for the players and staff, but also the people who support West Ham.

“It has been massive. We are going to try and go as far as we can in all competitions because I think every one of us deserves it.

It has been massive. We are going to try and go as far as we can in all competitions because I think every one of us deserves it
Pablo Fornals

The Spaniard was typically all-action in his work on Sunday, pairing two shots and one key pass – that which set Michail Antonio away prior to Jarrod Bowen’s eventual match-winner, with his usual non-stop running and relentless work-rate.

All that helped the Irons secure an important 2-1 win over the Toffees upon their return from the international break, with Fornals saying how their now natural understanding of one another’s games played a key role in the eventual winning goal.

“It is always hard and difficult [to come back from a break in games],” Fornals explained. “We are a top team, so we have a lot of players playing with their national teams, so it's always hard.

“We always have this desire to run. We have improved a lot with the ball this season, but we still know how to run and be effective.

“Mich knows that if I am ready, without looking up, I am going to put the ball long for him. He knows that, and I know what he is going to do.”

Fornals was also delighted to see Bowen back on the pitch after a four-game absence with injury, hailing the No20’s influence.

That it coincided with the return of Ryan Fredericks to the starting XI and Vladimír Coufal to a matchday squad – the Czech right-back was among the substitutes on Sunday following hernia surgery – was all the more pleasing for Fornals.

He noted: “It is massive for us [Bowen being back], not just for what he brings to the team, but also because he is encouraging everyone else to fight for a spot.

“That is very good for all of us, because it is not going to be easy to get into the team. It is better for us.

“It is very good [to have players back] because we were playing the last two weeks before the international break with one, or maybe one-and-a-half, players for each spot. That was a bit hard.

“Now, we have Ryan, Vlad and Bowen all back. The other teams now know we have even more players in the team, so it is going to be a good point.

“I think ever since we started the season, everyone could see how together we are, and how important each one in the group is.

“It doesn't matter how much you are playing; you have a chance to help the team, and that is the main thing.”