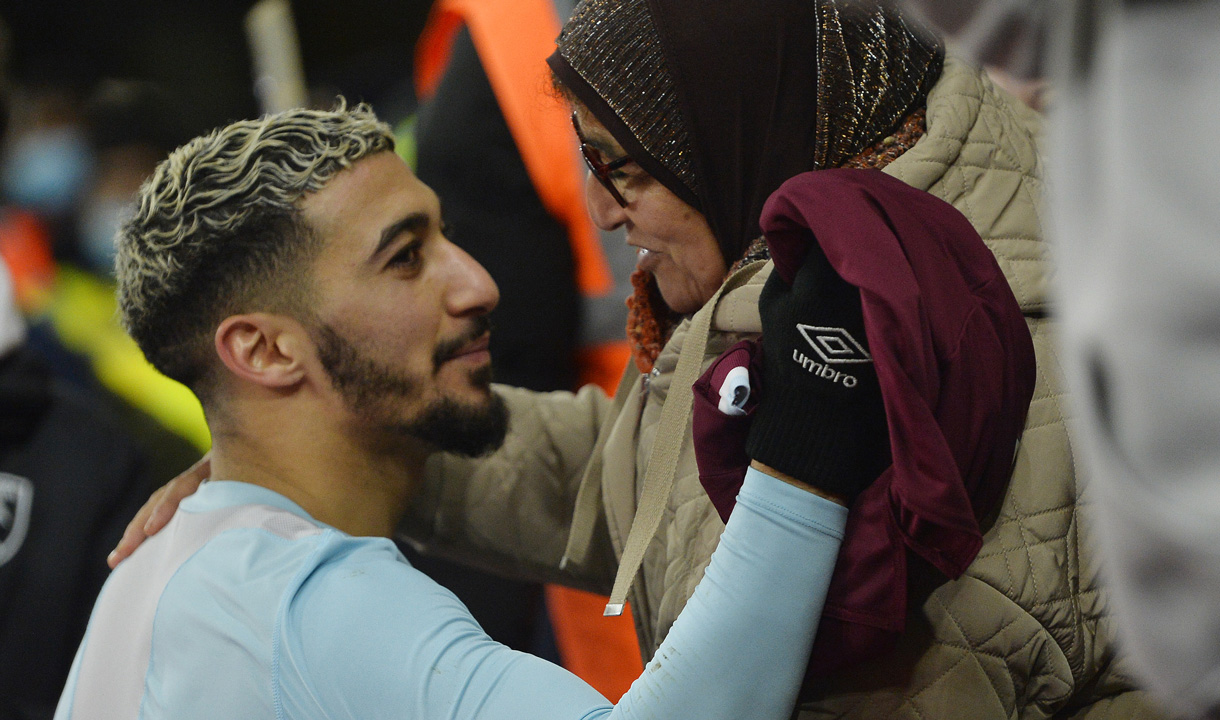 West Ham United’s 4-1 Premier League victory at Watford was not just the perfect way for the Hammers to end 2021, but the climax of a record-breaking year for the Club.

The Irons collected more points (73), recorded more victories (22) and scored more goals (73) in the Premier League than in any previous calendar year.

Only four clubs won more games and scored more points and only three scored more goals than West Ham did in 2021, illustrating the improvements made in manager David Moyes’ second year in charge since returning to east London on 29 December 2019.

By contrast, in the 12 months prior to Moyes’ return, the Hammers won just 12 Premier League matches, collected just 44 points and scored just 46 goals.

When you factor in the UEFA Europa League and two domestic cup competitions, West Ham have played 53 times in 2021, winning 29, drawing nine and losing just 15, scored 91 goals and conceded only 57 for a +34 goal difference.

Over 14 years since scoring his first Premier League penalty to secure West Ham United a victory at Birmingham City, Mark Noble was on the spot again at Watford.

The 34-year-old’s successful spot-kick was his 28th in the Premier League, taking him ahead of former Manchester City forward Sergio Agüero and into third on his own on the all-time list, trailing only Steven Gerrard (29) and Noble’s fellow Academy of Football graduate Frank Lampard (32).

The captain’s goal also took him onto 47 Premier League strikes, level with Paolo Di Canio in second on the Club’s all-time list.
With just half a season of his Claret and Blue career remaining, the sight of Noble scoring and celebrating a goal for his boyhood team at Vicarage Road was one to enjoy and savour.

It may have been the fourth goal in a 4-1 win and scored deep in added-time, but don’t try to tell Nikola Vlašić his late strike was not important.

The Croatian has waited patiently for opportunities to show his talent since his deadline day switch from CSKA Moscow, where he excelled for four seasons and won the Russian Premier League Footballer of the Year award in 2020.

Vlašić worked hard in training every day, impressing his teammates with his positive attitude, and his reward arrived at Vicarage Road, when he converted Jarrod Bowen’s cut-back before being engulfed by those same teammates as he celebrated with the Claret and Blue Army.

Speaking to West Ham TV after the final whistle, Niksi, as he is known by his friends and family, admitted scoring his first goal ‘relieved the pressure’ he had been feeling and he now hopes to kick on by scoring and assisting goals for the Irons on a regular basis.

Few players in the country are playing as well as Jarrod Bowen.

It was the latest in a series of virtuoso performances from Bowen, who turned 25 in the week before Christmas and is now up to eight assists and five goals for West Ham this season, leading to ever-louder calls for him to be included in Gareth Southgate’s England squad. It could have been six goals, too, had referee Darren England not ruled out his second half strike for a foul by Souček following a VAR review.

And the way he is playing, you sense there are plenty more goals and assists to come from our outstanding No20.

5. Saïd Benrahma and his Mum

After scoring for West Ham United for the second Premier League match in succession and helping his side to a valuable 4-1 win at Waford, Saïd Benrahma made his way towards the Claret and Blue Army.

The travelling fans sang the Algerian's name loudly as he approached and the No22 responded by applauding his admirers, before peeling off his shirt and handing it to one particularly happy, smiling fan in the front row - his mother!

Just as he did after the 3-2 home win over Liverpool in November, a smiling Benrahma celebrated victory by embracing his smiling Mum warmly and handing her his match shirt.

It was a beautiful end to a beautiful day and a beautiful year for Saïd Benrahma, his beloved mother and for everyone associated with West Ham United.