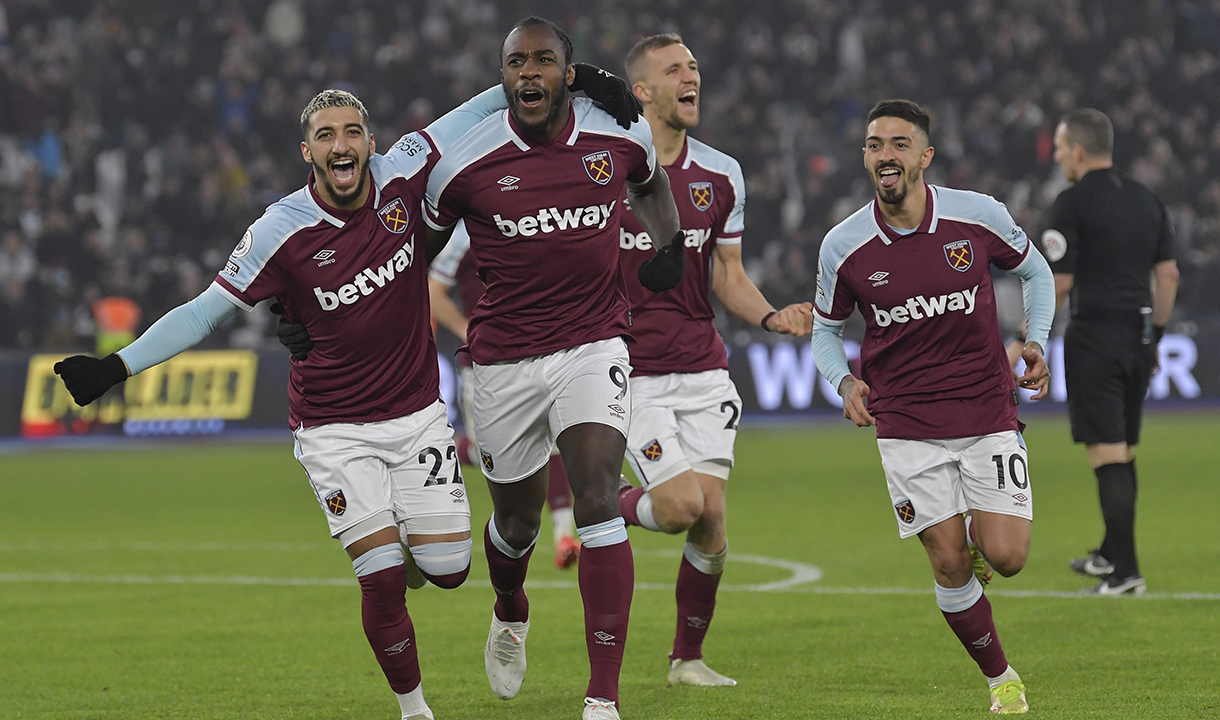 As the festive fixture break sees the vast majority of Premier League clubs without a match this weekend, the chance arises for Fantasy Premier League managers far and wide to take a step back, have a breather…

… and make the changes which could define the second halves of their seasons!

West Ham United-supporting FPL managers have enjoyed plenty to cheer over the first 24 Gameweeks of their campaign, with numerous Hammers hitting personal heights in the popular points-scoring online game – but whose numbers are really shining?

Let’s take a look at some of the Hammers’ FPL headlines at the halfway mark!

The No20, valued in-game at a bargain £6.9m, not only tops the leaderboard for players in Claret and Blue with 124 points, but is also the fourth-highest ranked player in the whole league.

Bowen’s numbers in the Premier League have been highly impressive, with six goals and 12 assists – as well as an excellent ten bonus points – setting the No20 aside.

He was also the first Hammer this season to beat out every other player in a match round; indeed, his haul of 21 points in Gameweek 21 (against Crystal Palace and Norwich City) is the joint-second highest in FPL this season, after Mason Mount racked up 24 points in Gameweek Nine for Chelsea.

With goal contributions in five of his last six matches, Bowen’s ownership percentage has surged from just beneath two per cent of managers to a resounding 28.8 per cent of players, recognising the No20’s superlative performances in Claret and Blue of late.

Keep it up, Jarrod!

The Hammers’ most widely-selected player in-game, however, is Michail Antonio (£7.9m) – the top-performing Forward in the league.

The No9 has accumulated a century of points in the 23 Gameweeks thus far, and has been selected by a huge 42.3 per cent of FPL managers across the globe.

This figure makes Antonio the third-most popular player in the league and the No9 has repaid that faith handsomely, his 100 points seeing him top the leaderboard for Forwards ahead of Watford’s Emmanuel Dennis (93) and Manchester United’s Cristiano Ronaldo (86).

Antonio’s numbers also lead to him topping the FPL metrics of Influence, Creativity and Threat for Forwards, and after Salah and Alexander-Arnold, he is the third-highest player in the league for ICT Index.

And to cap it all off, with four inclusions, Antonio is the Hammer who has most often been chosen as one the ‘Kings of the Gameweek’ – the top-performing players of each round.

Eight goals, seven assists – and a whole lot more jubilant celebration where that came from!

Irons wear the Kings of the Gameweek crown

Speaking of the Kings of the Gameweek, West Ham have seen 13 different players – on 20 distinct occasions – finish in the top-performing Premier League players of the match round.

Only three other Premier League sides can surpass that for quantity of selections so far: Manchester City (29), Liverpool (24) and Tottenham Hotspur (22).

Antonio has been included most often (with four selections), followed by Bowen (on three), Łukasz Fabiański and Saïd Benrahma (both two).

Whilst Bowen’s numbers have seen him dominate in most FPL statistics, goalkeeper Fabiański’s FPL form has somewhat flown under the radar.

The experienced shot-stopper is valued at just £5.0m in the game mode and, having picked up 79 points so far this season, is therefore West Ham’s second-highest – and the fifth-highest ‘keeper – in terms of points to value ratio.

What’s more, through cumulative individual actions within games, Fabianski has scored the Hammers’ second-highest Bonus Points System (BPS) total this season, racking up a score of 390 in this aspect – behind only…

It will come as little surprise to the Claret and Blue Army that the player who seems to be everywhere in every game is their highest-scoring in terms of BPS totals.

On 65 points at this stage, the ubiquitous Declan Rice is well on course to smash his own personal best FPL total (105 in 2019/20), but FPL points alone do not account for all that he contributes.

The England international’s BPS score of 394 – accumulated through actions such as successful tackles, dribbles, recoveries, key passes and pass completion rates – is not only the Hammers’ highest, but the fourth-highest for midfielders in the league.

Aaron Cresswell back in business

Undoubtedly the Hammers’ top FPL performer last season, Cresswell has come back with a bang in recent weeks, picking up a clean sheet against Norwich City and an assist against Leeds United in January.

The No3 accrued a highly-impressive 153 points last term thanks to eleven assists and, while injury may have prevented him from making an equivalent impact over this winter, Cresswell’s quality is likely to lead to something of an FPL points-scoring resurgence - so watch closely!

We have a winner!

And January’s winner, having picked up 240 points over three Gameweeks, is… Ahmed Kadhem and Future FC! Congratulations, Ahmed – we’ll be in touch!

Remember, too, that there will be an overall end-of-season prize winner as well!

If you’d like to throw your hat into the ring, all you’ll need is our league code (nlz9u2), or you just need to click this link here.

The highs and lows

FPL management can be a roller-coaster.

At the pinnacle of the supporters' league at this juncture is Imer Niker, who has a whopping 1,563 points! It's a tense race at the top...

Nothing more need be said.