And so here it is – it all comes down to this!

After 37 fiercely competitive weeks of Fantasy Premier League, we’re down to our final Gameweek, with West Ham United travelling to Brighton & Hove Albion hoping to secure UEFA Europa League football with a win at the Amex Stadium – as well as pick you up some FPL points in the process!

The Irons’ match is one of ten which all kick off simultaneously at 4pm BST on Sunday afternoon – meaning that this season’s final FPL transfer deadline is 2.30pm BST beforehand!

Without further ado, here’s how to score those all-important final points this week…

The No20’s numbers have spoken for themselves in the Premier League this season, as Jarrod Bowen’s (£6.9m) brace in the 2-2 draw with Manchester City last weekend saw the forward become the first Hammer to score 12 Premier League goals in a season since Marlon Harewood in 2005/06.

Bowen’s electrifying performance – and subsequent 14 points (two goals and all three bonus points included) was once again one of the best-scoring for a Midfielder in FPL, leading to the forward being included in the ‘Kings of the Gameweek’ – highest-scoring team for the round – for a Club-high sixth time this season.

With 12 goals and 17 assists, the winger continues to lead the way as West Ham United’s highest-ever scoring individual in a single FPL season – with 204 points in total and counting – and has now recorded nine double-digit hauls, pushing him fourth in terms of top-scoring Premier League players.

What’s more, away from home this season, Bowen’s total of eleven assists is at least four more than any other player in FPL – so Brighton & Hove Albion, beware.

Make sure you’ve cashed your chips!

If you’ve not yet used your Triple Captain or your Bench Boost (which adds in points accumulated by your four substitutes)… well, if not now, when?!

After all, you never know how one or two additional points here and there could affect your overall ranking come Sunday evening! 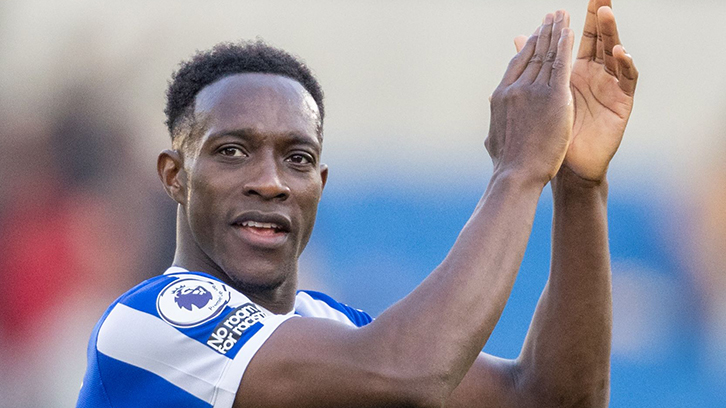 While many players are performing well for Brighton, who have won four of their last seven Premier League games – including against the likes of Arsenal and Manchester United – the Seagulls’ man in form is former England forward Danny Welbeck (£5.9m), who has picked up two goals, three assists and 30 points in his last four matches.

The Brighton striker’s totals of 18 shots, 15 shots in the box, seven big chances and nine shots on target are all team-leading totals in that run, and he scored against the Hammers in the corresponding fixture – a 1-1 draw at Amex Stadium – last season.

Elsewhere, however, it is Midfielder Leandro Trossard (£5.9m) who has excelled during Brighton’s recent strong run, with the Belgian having been involved in seven goals (four goals, three assists) in his team’s last seven matches, including a 17-point haul against Man United last time out at the Amex.

Indeed, no other Premier League player represents better Value for Form – in other words, average points accumulated over the last 30 days, divided by a player’s cost – than Trossard, who remains selected by a meagre 2.7 per cent of FPL managers despite this.

And with just this final Gameweek remaining ahead of the Overall prize, here's how the top of the leaderboard is looking...

Best of luck, everybody!