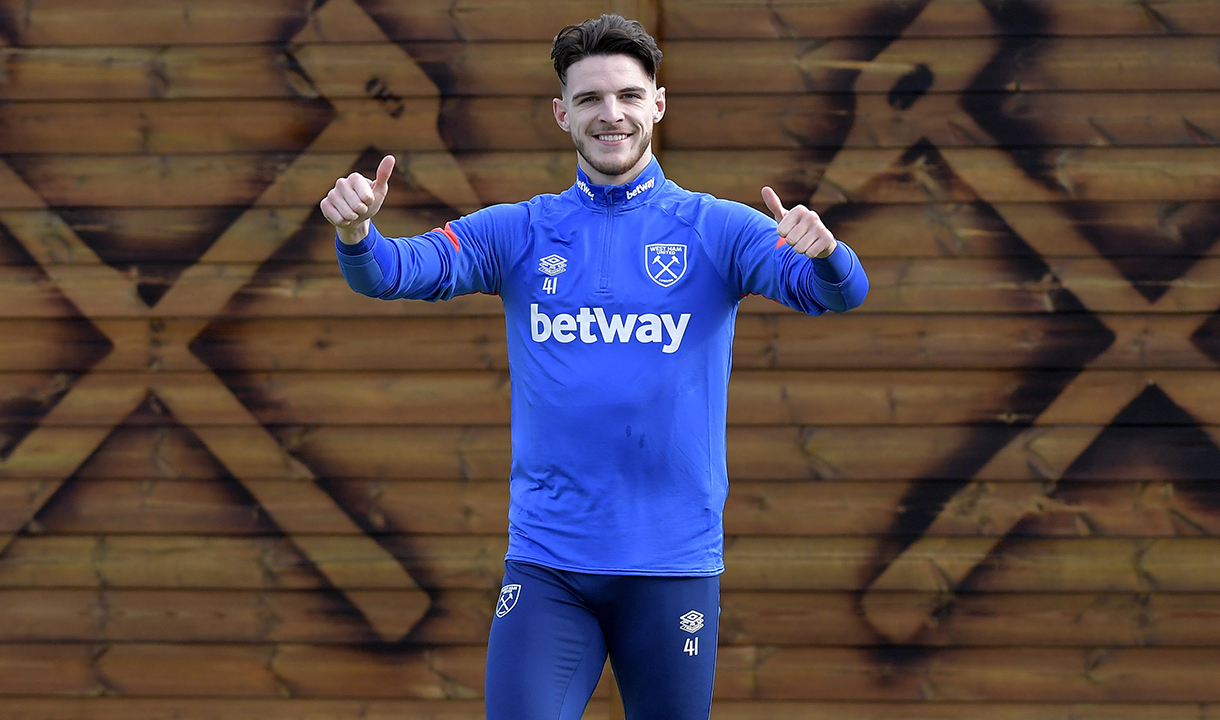 West Ham United’s return to Premier League action on Tuesday will light up many an eye from a Fantasy Premier League perspective, with numerous Hammers having enjoyed particularly strong seasons thus far.

It will come as little surprise to the Claret and Blue Army that the player who seems to be everywhere, in every game, is also their highest-scoring in terms of the Bonus Points System (BPS).

On 65 points at this stage, the ubiquitous Declan Rice is well on course to better his own personal best FPL points total (105 in 2019/20), but that alone does not account for all that he contributes.

The England international’s BPS score of 394 – accumulated through actions such as successful tackles, dribbles, recoveries, key passes and pass completion rates – is not only the Hammers’ highest, but the fourth-highest for midfielders in the league.

The No20, valued in-game at a bargain £6.9m, not only tops the West Ham rankings for with 124 points, but is also the fourth-highest ranked player in the whole league.

Bowen’s FPL numbers have been highly impressive, with six goals and 12 assists – as well as an excellent ten bonus points – setting the No20 aside.

He was the first Hammer this season to beat out every other player in a match round; his haul of 21 points in Gameweek 21 (against Crystal Palace and Norwich City) is the joint-second highest in FPL this season, after Chelsea’s Mason Mount hit 24 in Gameweek Nine.

Bowen has also created the most big chances of any midfielder in the last four games (with three), manufacturing a hat-trick of assists when the Irons last met Watford in December.

A trio of Hammers' home form certainly stands out when you consider that Watford are visiting London Stadium on Tuesday night.

Left-back Aaron Cresswell (£5.3m) has recorded 25 points in his last four appearances in east London, combining two assists with two clean sheets and five bonus points, and his set-piece deliveries could cause problems against a side with a poor defensive record in that respect.

It is a trend replicated by midfielder Bowen, who has some three goals and 23 points in his last two home matches.

But it is the home form of Pablo Fornals (£6.0m, and selected by just 1.5 per cent of players) which is most intriguing: four of the Spaniard’s five goals this season, and two of his three assists, have come at London Stadium.

Indeed, in matches played at home, Fornals’ 20 key passes and six big chances created were both team-leading totals for the Hammers, and his 17 shots and 11 shots in the box each placed among their top four players.

The Hornets’ Fantasy Premier League fortunes have all been about one man this season: Emmanuel Dennis.

The Nigerian missed the Hornets’ trip to Burnley through suspension, but scored against the Irons in December, and currently tops the Value leaderboard for Forwards, picking up the second-highest total (93, behind Michail Antonio’s 100) for just £6.2m. He is also joint-top of the Forwards leaderboard for points-per-match, recording 4.9 alongside Jamie Vardy.

It’s unsurprising, therefore, that Dennis has been selected by 40.2% of managers in the game, many of whom have benefitted from his eight goals and six assists so far this season.

Nevertheless, fellow Forward Joshua King (£5.9m) has also performed well and, with five goals, four assists and 64 points by contrast, has surpassed Dennis in other aspects: his 39 shots, 13 big chances and 23 key passes are all Watford’s highest totals this season.

If you’d like to throw your hat into the ring for February, all you’ll need is our league code (nlz9u2), or you just need to click this link here.