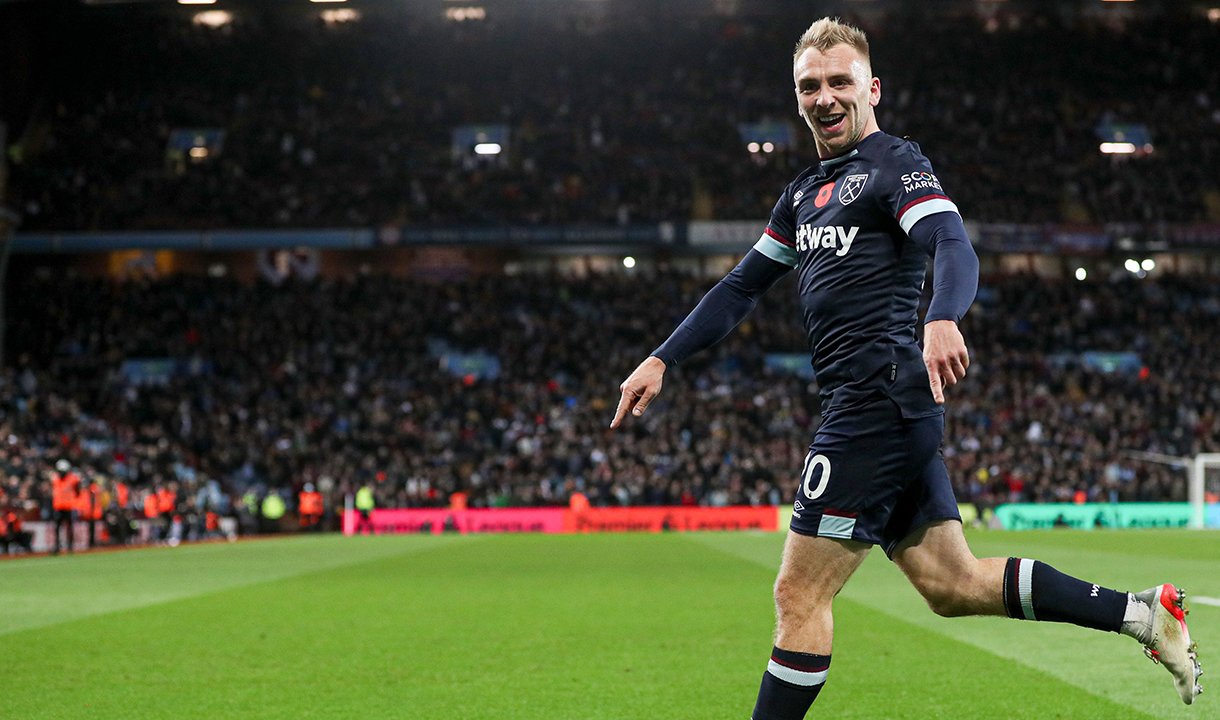 Along with the Bubbles and form of West Ham United, time this season has appeared to fly – and we’re nearing the third-of-the-way mark in this season’s Premier League!

Fantasy Premier League managers planning a second-half surge up the table, therefore, would do well to get their planning in order before a hectic run of games for every top-flight side, in which there will be ten Gameweeks in just 40 days, kicks in.

With that in mind, here are the latest FPL headlines involving West Ham, ahead of their trip to Wolverhampton Wanderers on Saturday…

One goal and one assist – or possibly two goals, depending on who you ask – against Liverpool in a 3-2 victory prior to the international break saw Pablo Fornals become the latest Hammer to feature in FPL’s ‘Kings of the Gameweek’.

Despite his appeals to the contrary, the Spaniard was credited with a goal and an assist for his efforts on Sunday afternoon, collecting two further bonus points to take his tally up to 12 for the week.

The Spain playmaker became the seventh Hammer to make the Kings of the Gameweek this season, after Michail Antonio, Said Benrahma, Declan Rice, Angelo Ogbonna, Aaron Cresswell and Jarrod Bowen all scored higher than their top-flight peers earlier this year.

Indeed, only more Chelsea players have been featured in the ‘Kings of the Gameweek’ (eleven) than West Ham’s seven – a figured in which the Hammers tie in second place with Liverpool and Manchester City.

Despite Fornals' heroics, it is Jarrod Bowen who ranks highest in the FPL form books, collecting 7.7 points per match in all the games that West Ham have played in the last 30 days.

That figure makes him the ninth most in-form player in the Premier League, according to FPL statistics – yet he remained owned by just 2.4 per cent of players at a relatively available £6.3m.

Bowen has now produced at least one goal contribution in six of his last seven top-flight appearances, accruing some 46 points in that time, and only Liverpool’s Mohamed Salah (£13.0m) can boast a higher expected goal involvement (xGI) total, or more shots from a midfielder inside the box (23 to Bowen’s 18), in that time.

The No20 is also ranked as the Premier League player with the third-highest ‘Threat’ statistical rating – defined as ‘the players who are most likely to score goals’ – and fourth-highest ICT (Influence, Creativity and Threat) Rating, which take into account a variety of factors.

If you’re looking for ‘differentials’ to get one over on your rival FPL managers, Bowen’s industry, invention and end product could be your best route forwards.

While Michail Antonio has understandably not maintained the output of his first few incredible Gameweeks, when he picked up 40 points in just three games, the Hammers’ No9 remains one of the top scorers in the game.

The numbers behind Antonio – who netted a spectacular goal on international duty for Jamaica – suggest the striker remains an all-round threat more than capable of racking up points aplenty for your FPL team.

While the No9 scored just one goal in his last five Gameweeks, he did enjoy ten shots in the box and create a further ten chances – statistics in which he ranks in the top three forwards in FPL from Gameweek Seven onwards.

And while the Irons will come up against Manchester City and Chelsea in the next four Gameweeks over a packed December programme, according to FPL’s Fixture Difficulty Ratings (FDR) system, seven of their nine matches from Gameweek 16 onwards – following the home game against the Blues on 4 December – score just two out of five.

Indeed, at the time of writing, some 143,241 managers have reintroduced him to their team for Gameweek 12 – the fifth-most of any player.

Expect goals, points – only five players in the Premier League have more than Antonio’s 61 so far this season – and an exciting array of goal celebrations in the weeks to come.

While consistency has proven the main challenge affecting Wolverhampton Wanderers’ Premier League placing this term, there are signs that Bruno Lage’s team are beginning to pick up the results – and thus FPL points – their performances have warranted so far.

Five wins from their last eight top-flight games have seen their defensive unit in particular thrive, goalkeeper Jose Sa second in Wolves’ points-scoring tree with 40 thus far. The Portuguese has made at least three saves in five of their last six games.

The returning Raul Jimenez, who has two goals and three assists so far this season, has collected the most points of any Wolves player, but it is the exciting emergence of his strike partner Hee-Chan Hwang – a late loan signing from RB Leipzig – which has caught the eye of FPL managers, making him their most widely-selected player at 12.8 per cent.

Much like their form so far this season, there is huge potential in this Wolves squad, who appear to be gaining momentum as the season goes on.

You’ve two Gameweeks left in which to claim November’s prize… a first-team shirt – either home, away or third – signed by a player of your choice!

If you’d like to throw your hat into the ring for November, all you’ll need is our league code: nlz9u2 - or you just need to click this link here.