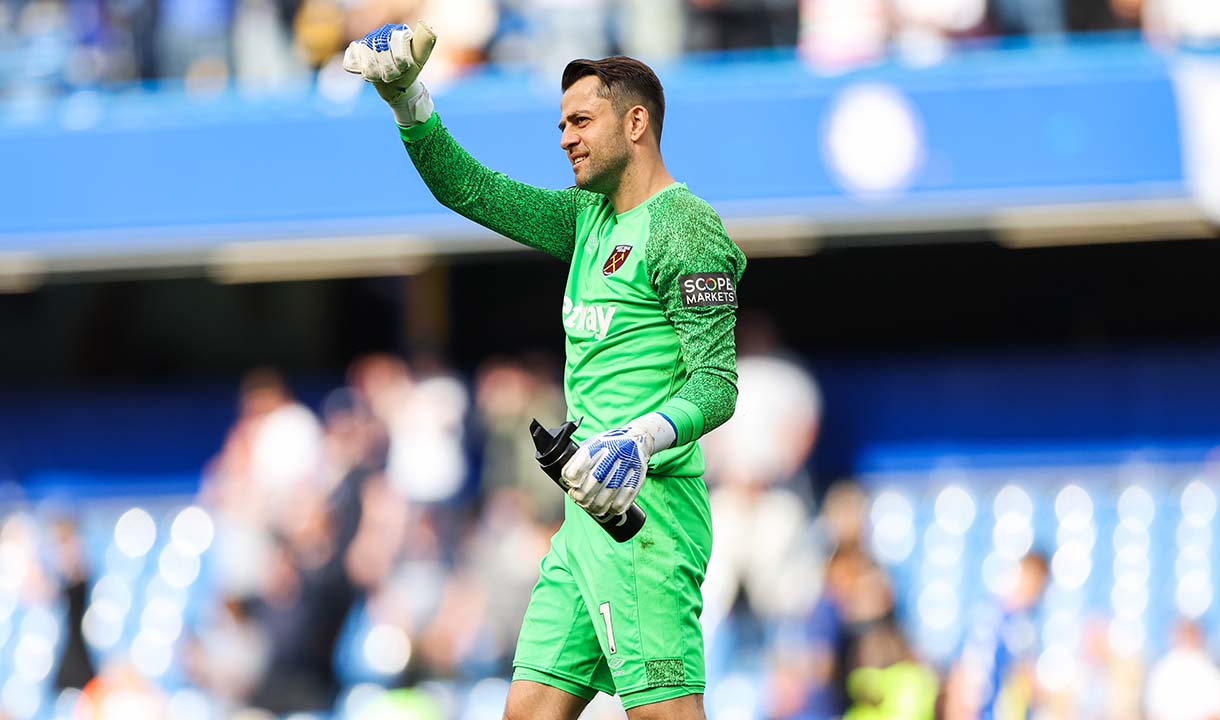 Fabiański: It was a really tight game

West Ham United’s 1-0 defeat at the hands of Chelsea was a game that hinged on tight margins, according to Łukasz Fabiański.

A much-changed Hammers side put in an industrious showing at Stamford Bridge and looked set to claim a deserved share of the spoils against the Blues on Sunday afternoon, even after losing Craig Dawson to a red card.

However, Christian Pulisic’s first-time finish, after a cross deflected into his path, ensured the three points remained in west London and the Irons’ hard work went unrewarded.

“I thought we started well against a really strong team,” Fabiański reflected. “Losing in the way we did was unpleasant, but it happened and we have to deal with that and look forward.

Everything happened in the last ten minutes or so. We went a man down but we managed to not concede from the penalty, and you hope you’re going to be rewarded for that.
Łukasz Fabiański

“We were hoping, obviously, that we could hold on for the draw but then everything happened in the last ten minutes or so. We went a man down but we managed to not concede from the penalty, and you hope you’re going to be rewarded for that.

“But in the end, Chelsea managed to create another really good chance and managed to score. It was really tight.”

Goalkeeper Fabiański was called upon to save Jorginho’s penalty-kick late in the game, which was awarded after Dawson was ruled to have fouled Romelu Lukaku, but the shot-stopper knew Chelsea’s quality meant the home side may create another opportunity.

The 37-year-old admitted losing Dawson to the sending off was a huge loss for the Hammers but was proud of how the team managed with a new look to their back line.

He continued: “In my head, even though I saved the penalty, you still know the situation. There are still five or six minutes to play and we had ten men out there against opponents as good as Chelsea. It was always going to be hard, and there might be another chance for them, which there was. We just wanted to stay focused until the end but they got the goal.

“Losing Craig is a massive blow because, looking at our situation, he was our only out-and-out centre-back that we had. To lose him is a bit of a blow but we also showed we could manage it, in terms of the way we played. It’s a difficult moment for us but I’m sure we’ll come out okay.”

Manager David Moyes made six changes to the starting XI for Sunday’s fixture and Fabiański believes the players who came in deserve a lot of credit for how they performed against the Blues, who sit third in the Premier League table.

“I think it says a lot about our unity,” he added. “Everyone understands our position at the moment and the situation with the Europa League, and the manager tries to balance things in a way where he gives an opportunity to play that some may not have expected to get in a game like that.

“I think the boys deserved to be given that opportunity and they played very well. For most of the game, I thought we were a very tough opponent for Chelsea. It’s big credit to them.”