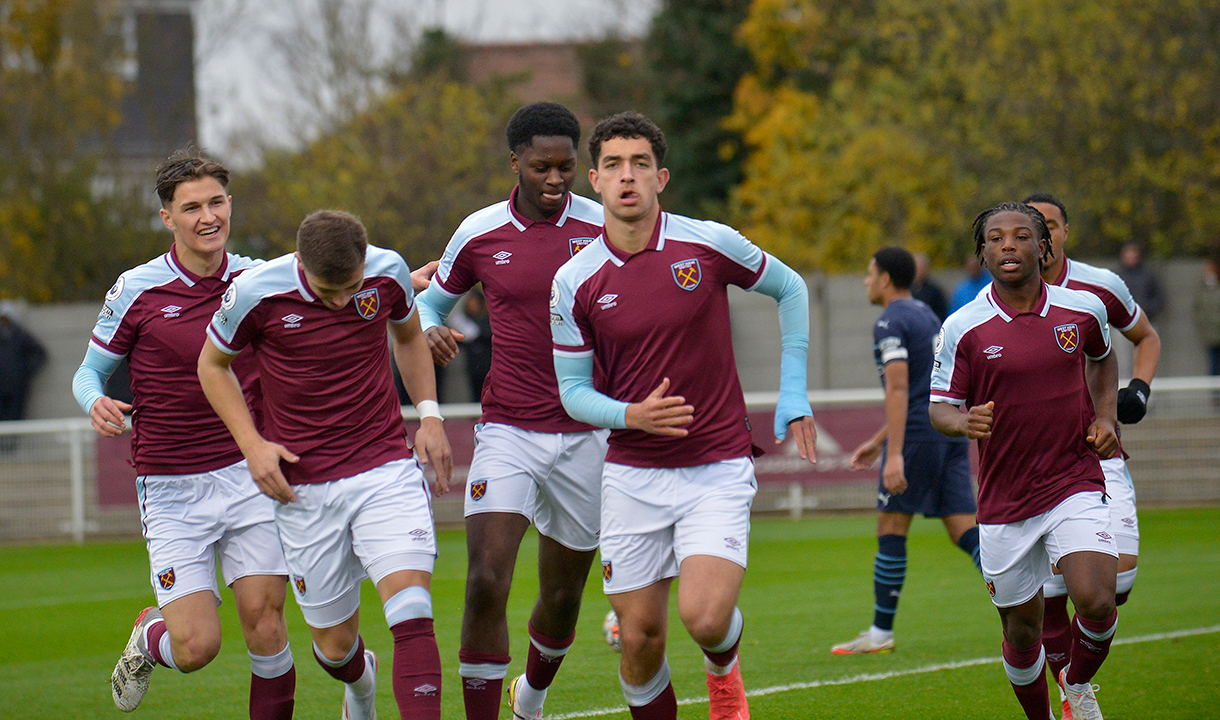 Don't miss our U23s' return to Premier League 2 action in our Live Stream!

West Ham United U23s are back in Premier League 2 action on Monday evening, kicking off the second half of their so-far impressive 2021/22 campaign with a home fixture against Leeds United U23s.

Little over 27 hours after the two teams’ respective senior sides went toe-to-toe in the FA Cup third round, the two development squads will battle it out behind-closed-doors in the league in east London.

And whilst the game will be played behind closed doors at Rush Green Stadium, you, the Claret and Blue Army, can still show West Ham your support by watching it LIVE on the West Ham YouTube channel and whufc.com, with co-commentary from Zavon Hines!

Now, with 12 fixtures remaining – the majority of them away from home for lead coach Mark Robson’s young charges – the young Hammers will be keen to make the most of their remaining five home league games, starting with the visit of the Yorkshire side.

The festive break in fixtures arrived at something of a season high for many of Robson’s side, with seven of the development squad involved – to varying degrees – in the UEFA Europa League fixture against Dinamo Zagreb at London Stadium last month.

Recapturing such momentum will be the focus of Monday’s game, so your support will be well-appreciated by West Ham's future stars at the Academy of Football.

You can also follow updates through our live blog on whufc.com from 6.30pm and Twitter updates, and there will be post-match reaction and highlights pieces available over Monday evening and Tuesday morning.

Please note that Monday's match will be played behind closed doors, with only key personnel and a small number of invited guests present.