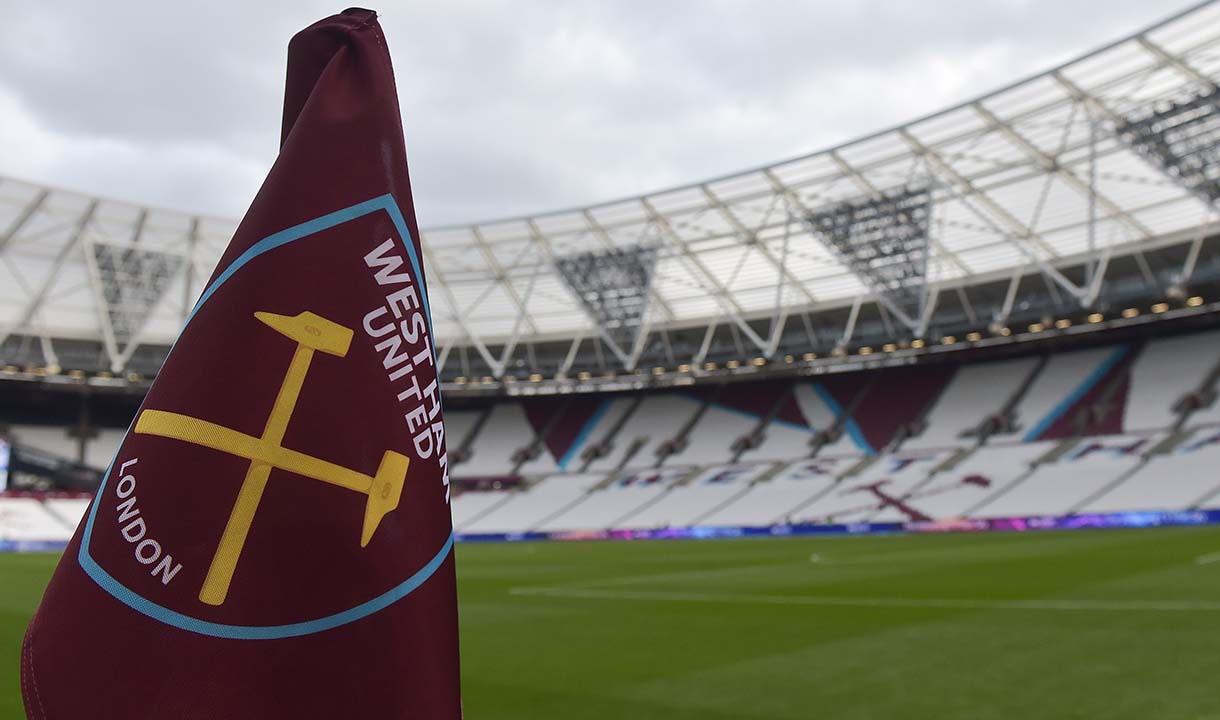 Donations made to animal welfare charities

West Ham United is pleased to confirm that financial donations have been made to a number of animal welfare charities following the Club fine handed to Kurt Zouma.

A total of nine organisations, supporting the care and wellbeing of animals both in the United Kingdom and internationally, have been identified to receive significant payments which will go towards supporting the fantastic work they do.

Our team at the West Ham United Foundation, which covers an enormous spectrum of community programmes and charitable causes, conducted a detailed and thorough process to identify the charities who would substantially benefit from a financial contribution.

This included a number of deserving cases in the Club’s east London and Essex heartland, with members of our Independent Supporters’ Committee using their network of supporters and fan groups to put forward suggestions in our local community.

Donations have also been made to charities whose work has an international reach, including organisations who have been able to support the shelter, rescue and welfare of animals in Ukraine during the current crisis –providing support to animal shelters operating in the country and working with people who have evacuated with their animals because of the war.

West Ham United would like to thank everyone who contacted the Club to propose animal welfare charities and good causes, along with our supporters who have been involved in the process of identifying those who have received financial support, ensuring that a huge positive has come from something negative.

The charities receiving donations are as follows:

Cats Protection, formerly the Cats Protection League, is a UK charity dedicated to rescuing and rehoming stray, unwanted or homeless cats and educating people about cats and cat welfare.

The Charity helps an estimated 200,000 cats and kittens a year through their national network which includes around 200 volunteer-run branches and 30 centres.

Their work doesn’t stop there, however: they also provide an array of cat care information via their publications, help and advice section and National Information Line; promote the benefits of neutering to prevent unwanted litters from being born and becoming the abandoned cats of tomorrow and seek to educate people of all ages about cats and their care.

For more information about the charity visit their website: www.cats.org.uk

The Celia Hammond Animal Trust (CHAT) has been providing low cost neutering and veterinary treatment services in two clinics in South and East London since 1995. They neuter approximately 20 cats every day in each clinic in an attempt to reduce the appalling number of strays on the streets in the capital.

CHAT’s comprehensive veterinary services, including orthopaedics, provide a lifeline for those who are not on the right benefit or in the right postcode to qualify for help from the major animal charities and yet cannot afford private veterinary fees. CHAT operates a rescue service for sick and injured animals in emergency situations through calls from the public, local authorities, social services and the police. They also run a rehabilitation and rehoming service for the animals they have rescued and currently have over 600 cats in their care across their three centres looking for homes. Their centres are based in Canning Town, Lewisham and Hastings.

Hopefield Animal Sanctuary is based in Brentwood and provides urgent care and a forever home for over 500 abused, neglected, and mistreated animals.

Set on 53 acres of beautiful Essex countryside, we are here for all animals in need of permanent care and attention – whether that’s because of sickness, mistreatment, or abuse. Their animals often have nowhere else to go, but with them they enjoy a safe and loving forever home, where they get to live out the rest of their days free from harm and suffering.

Just like their name, their fields give hope, and a lifetime of freedom to roam and live happily, just like every animal deserves. Many of the animals at the sanctuary are elderly or suffer from health issues and dietary requirements – their team work tirelessly to ensure they receive the treatment they need.

They’re one of the only rescues in their region that can assist with exotic animals, and they have an incredibly varied list of over 100 species of animals in their care – from horses, pigs, goats, sheep, and rabbits to more exotic animals like tanuki, raccoons, reindeer, marmosets, and parrots.

The National Animal Welfare Trust (NAWT) is a rescue and rehoming charity working towards a future where every pet thrives in a loving home.

The Trust’s five rehoming centres offer a safe haven to homeless and abandoned animals until they find their forever home. A dedicated team of staff and volunteers commit each day to ensuring every animal in need receives expert care and attention. Enrichment and behaviour support is provided to every animal to make their time in NAWT centres as pleasurable as possible whilst preparing them for life in a new home. Every animal is also provided with veterinary treatment during their stay to ensure that they have the best possible chance of a new start.

This year, the NAWT is looking to develop a range of educational and practical support services to help pet owners in its communities, in times of need, and to prevent animals having to leave their loving homes.

For more information about the National Animal Welfare Trust visit their website: www.nawt.org.uk

People's Dispensary for Sick Animals (PDSA) provides a vital service for pets across the UK whose owners struggle to afford treatment costs for their sick and injured pets. No pet owner should be faced with losing a beloved pet because they can no longer afford to pay for treatment. For many vulnerable pets, PDSA is there to help when there is nowhere else for their owners to turn.

PDSA receives no government funding and is supported by the generosity of the pet-loving public who donate to make sure they can be there for a pet when they need them most. For many sick and injured pets, whose owners are struggling financially, PDSA is their only emergency service.

For more information about the People's Dispensary for Sick Animals visit their website: www.pdsa.org.uk

Pussycat Lodge Trust (PCLT) was established over 20 years ago and has been a focal point for a group of hard working and dedicated volunteers who rescue and care for cats in the Dagenham, Redbridge and Havering and Brentwood areas in Essex. Several purpose built pens cater for the many needy cats and kittens passing through their doors. Outside they have a specially built feral house for the semi-wild cats who can't quite face going indoors.

It costs over £2,000 a month to keep Pussycat Lodge running. Now, more than ever in light of the current worldwide pandemic, they rely on donations and money raised from their fundraising events. They simply couldn't survive without the generosity of those who donate to them.

For more information about the Pussycat Lodge Trust visit their website: www.pussycatlodge.co.uk

Humane Society International/UK is part of one of the largest global animal protection organisations, working around the world to confront cruelty and celebrate animals. Their campaigns include ending the dog and cat meat trade, stopping animals suffering on farms, fighting the global trade in fur, protecting wildlife, and advancing animal-free testing and research.

HSI/UK is a powerful force against animal cruelty, exploitation and neglect. To create a better future for all animals they investigate and expose cruelty, advocate for humane policies and laws, and promote respect and compassion.

Every year, around the world Humane Society International provides direct care to thousands of animals living on the streets, caught in disasters, or victims of abuse such as dog fighting. Their record of effectiveness has led to life-changing victories for animals, alleviating the suffering of countless animals across the world.

HSI/UK relies on the generosity of our supporters to carry out our work. Donations help them to change and save the lives of animals in desperate need of help.

IFAW is a global animal welfare and conservation charity helping animals and people thrive together. IFAW works on land and across oceans in more than 40 countries around the world. They rescue, rehabilitate and release animals, and restore and protect their natural habitats. They partner with local communities, governments, non-governmental organisations and businesses to achieve their aims.

In collaboration, they pioneer new and innovative ways to help all species flourish. IFAW’s work spans the breadth of issues for animals from landscape conservation to animal rescue, including wildlife crime, marine conservation, rescue and rehabilitation and disasters. IFAW is currently working on the Ukraine crisis helping people and their animals where they are providing support to animal shelters operating in Ukraine and working with people who have evacuated with their animals because of the war in their country.

Sometimes, the path we walk can change in a blink of an eye…

Such an event occurred for David Matthews, in 2013, while driving back to base in Iraq after a 12 hour shift. One dog lying in the road, fatally injured. Despite many requests to help, no one cared and this helplessness sparked a flame to ignite a torch carried in the dog’s memory and with it the War Paws was born.

War Paws want to help make a real change in war affected countries and areas of civil unrest where not only the people suffer the long term effects of conflict. They feel that the only way to make the difference that is needed is not to just try and remove the animals from war zones and areas of civil conflict, but instead, they aim to provide education for the local populations, provide information and encouragement on better animal welfare and animal husbandry and to promote happy and healthy ownership of animals.

To date they have helped animals in Iraq, Syria, Jordan, Turkey, Macedonia and Romania, Afghanistan, DRC and Ukraine. War Paws work without borders, they do not believe that any animal should be turned away because of where it was born.

They cannot do this alone.

For more information about War Paws visit their website: www.warpaws.org