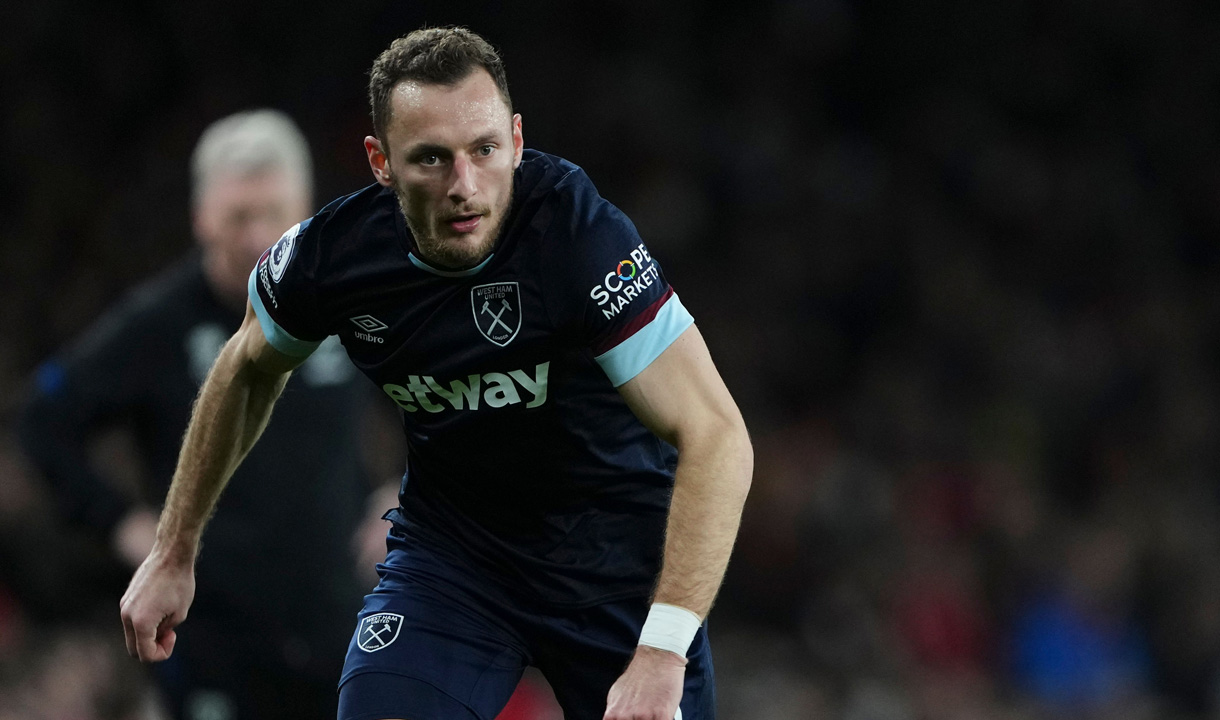 The Czech Republic international was sent-off for two bookable offences in the 2-0 Premier League defeat at Arsenal on Wednesday 15 December.

Coufal was initially set to miss Saturday's Premier League fixture at home to Norwich City on Saturday 18 December, but the game was called-off after the Premier League granted a request from Norwich to postpone the fixture due to the Canaries having an insufficient number of players available to fulfil their match due to COVID-19, injuries and other illnesses.

The No5 will therefore miss Wednesday's trip to Tottenham Hotspur Stadium.

The postponement of the Norwich fixture means that, in the Premier League, players will receive a one-match suspension for the accumulation of five yellow cards up to and including the away fixture at Watford on Tuesday 28 December.

Declan Rice (four), Michail Antonio and Pablo Fornals (both three) are the three West Ham players who could reach the five caution threshold.

Meanwhile, Mark Noble is one caution away from a one-match suspension in the EFL Cup, having been booked in the 1-0 third-round win at Manchester United in September.