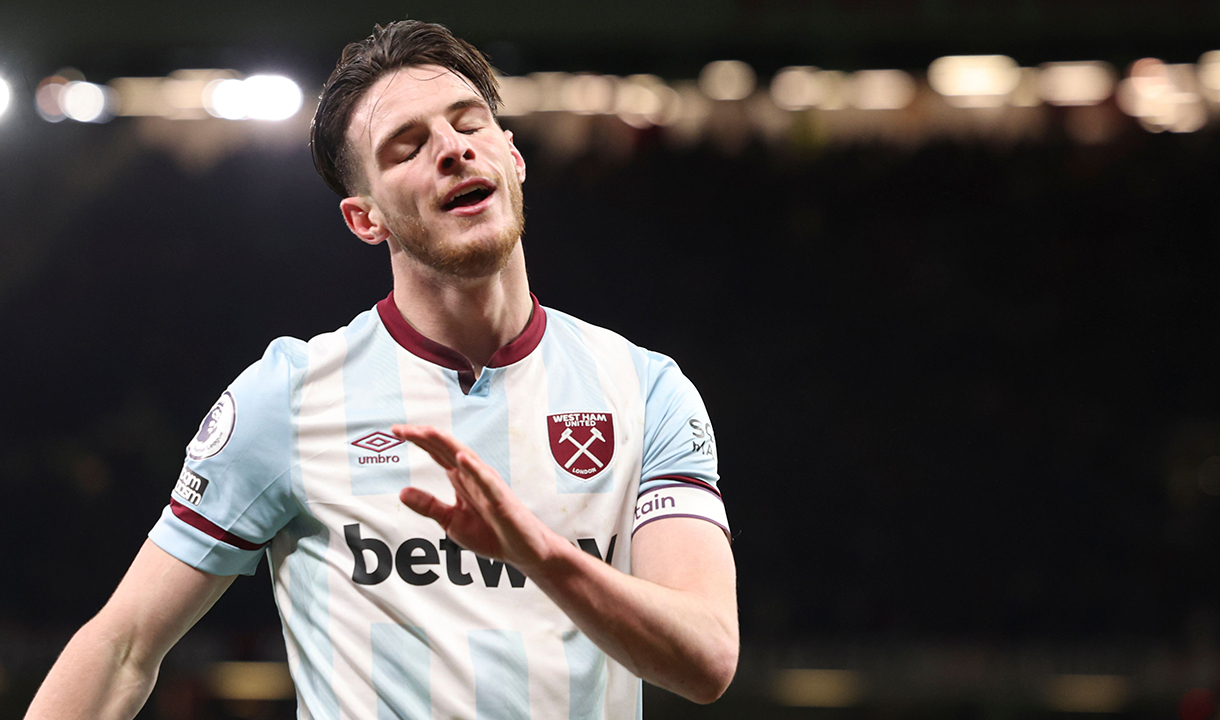 Declan Rice: We're gutted as we fought so well

West Ham United midfielder Declan Rice was frustrated to see his side’s hard work over 90 minutes slip away in the final seconds of Saturday’s 1-0 defeat to Manchester United.

A match which ebbed and flowed in terms of both intensity and chances might have swung either way, but always seemed destined to be determined by fine margins eas the Hammers defended diligently and looked to counter-attack whenever possible.

Yet sadly, the Premier League encounter ended in defeat for Rice and the Irons, as Marcus Rashford scored with almost the very last kick of the game at Old Trafford.

“We’re gutted,” Rice admitted. “It was a real kick in the teeth.

“We fought so well. There was very little in the game, so I think a draw would have probably been a fair result.

“We’re such a good counter-attacking side, and even when it was going to the latter stages of the game, we still had the energy to get forward.

“To end like that and get counter-attacked on in the last 30 seconds, and to concede a goal, was a real kick in the teeth.

“In the game against Leeds last week, we were too open, not how we usually are. We’re a compact side and we don’t usually let many teams in.

“You could see that today. Manchester United didn’t really create that many clear-cut chances. We knew we had to be compact and hard to beat, and until the last ten seconds, we really were.”

Defeat at Old Trafford sees the Irons leapfrogged by their hosts in the Premier League table, with Manchester United moving up to fourth – a point and a place ahead of West Ham.

There’s a break now and I think it’ll be good for our lads, who played so many games. We’ll come back and be ready for the next one to push again

Nevertheless, such is the proximity of the teams in and around the European qualification spots, Rice has called on his side to recharge in the upcoming fixture break and aim as highly as possible when games resume in a fortnight’s time.

He noted: “We need to still look at where we are in the table. There’s still a positive light there.

“We’re still up there, competing, but we knew how big today was. The manager knew that, we knew it as players, and you could see we were much more compact than we were against Leeds. We just didn’t have that cutting edge.

“There’s a break now and I think it’ll be good for our lads, who played so many games. We’ll come back and be ready for the next one to push again.

“We always give the big teams a game, whether that’s Chelsea, Liverpool, Manchester City or United. Obviously, we’ve beaten Chelsea and Liverpool this year ,and it was close away at City, so we’re always going to compete with them.