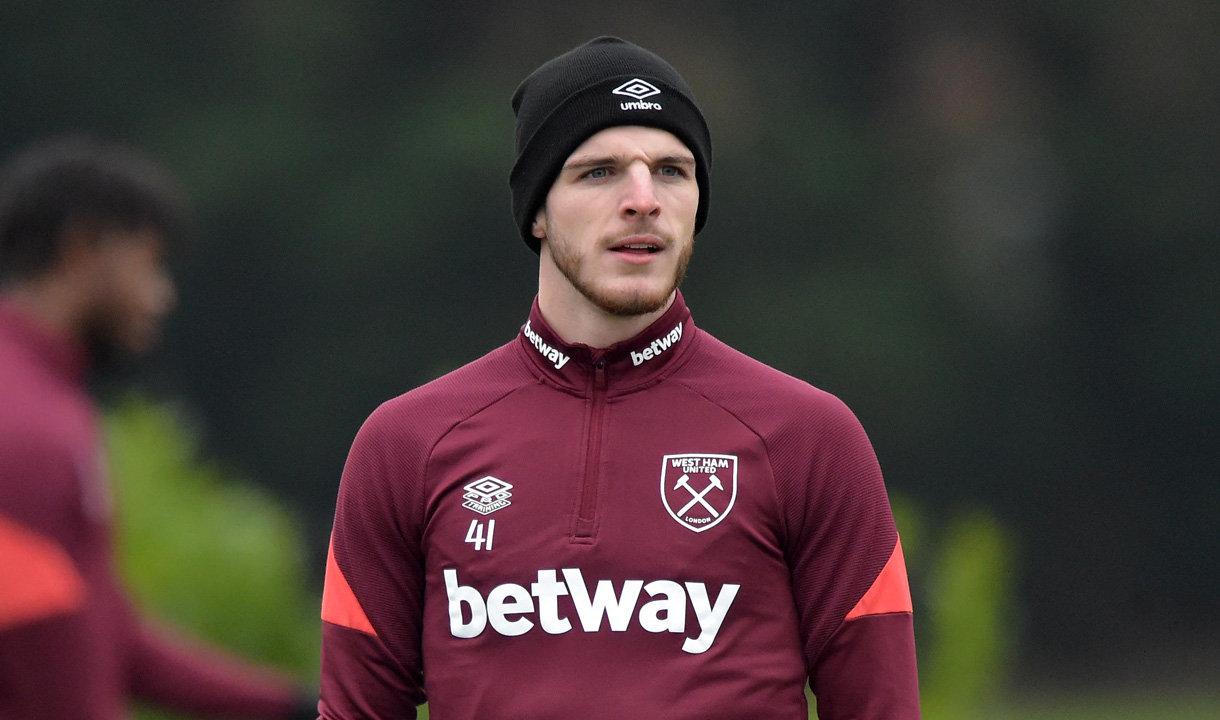 Declan Rice: Wednesday is a massive chance for us

The Hammers make the short trip to north London to face rivals Spurs, with a place in the semi-finals the prize for the winners, and Rice is relishing the opportunity to eliminate Tottenham from the tournament for the second time in his relatively short career.

Rice was just 18 and making the fifth start of his Claret and Blue career when West Ham came from two goals down to beat Tottenham 3-2 at Wembley in the Carabao Cup fourth round in October 2017.

Now 22 and a full England international, the midfielder has since started memorable Premier League victories over Spurs at both London Stadium and Tottenham Hotspur Stadium, where he was also part of the team which came from three goals down to draw in dramatic style in October last year.

It’s obviously a big game for everyone, it’s Spurs away, it’s a chance to get into a semi-final, so it’s massive for us and something we’ve been trying to build towards

“It’s obviously a big game for everyone, it’s Spurs away, it’s a chance to get into a semi-final, so it’s massive for us and something we’ve been trying to build towards and get to for the last couple of years, but we haven’t quite done it,” the No41 told whufc.com.

“Wednesday is a massive chance for us to do it and if I get the chance to play, I’ll be ready and buzzing to be involved.

“We don’t want to concede early like we did then (in October 2020, when West Ham went three goals down inside 16 minutes before mounting an historic late comeback capped by Manuel Lanzini’s added-time equaliser), as then it’s a lot harder to come back. That was a freak game, so hopefully this time we can get in front and maintain our lead.”

Rice knows Tottenham’s players as well as anyone, having played alongside Harry Kane, Dele Alli, Harry Winks and Eric Dier for England and against Spurs on ten occasions over the past four-and-a-half years.

He is also aware that the north Londoners’ form has improved since the appointment of Antonio Conte as head coach at the start of November.

“I feel like every time a new manager comes in, players up their levels again,” he observed. “I watched their game on Sunday against Liverpool and they looked good, but we caused them problems at home [in the Premier League and that’s what we’ll look to do again.

“I always like playing at Spurs’s stadium, so hopefully we can get another good result there.”

While Wednesday’s tie and a chance to reach a first EFL Cup semi-final since 2013/14 is Rice’s number one focus, he also knows West Ham have a run of winnable Premier League games coming up over the New Year period.

Southampton and Leeds United visit London Stadium either side of trips to Watford and Crystal Palace and the 2019/20 Hammer of the Year is targeting maximum points as the Hammers seek to build on a promising opening half of the season.

“Anything can happen in the game of football, in the 90 minutes, but we’ve looked at the fixtures and we’ve come out of a hard group of fixtures and the next ones we need to be targeting maximum points,” he said.

“I heard the Gaffer say the other day that this is the first time we’ll be spending Christmas in the top five in a few years (since 2014/15), so there is a lot of positivity, but we need to keep pushing and picking up the points wherever we can.”