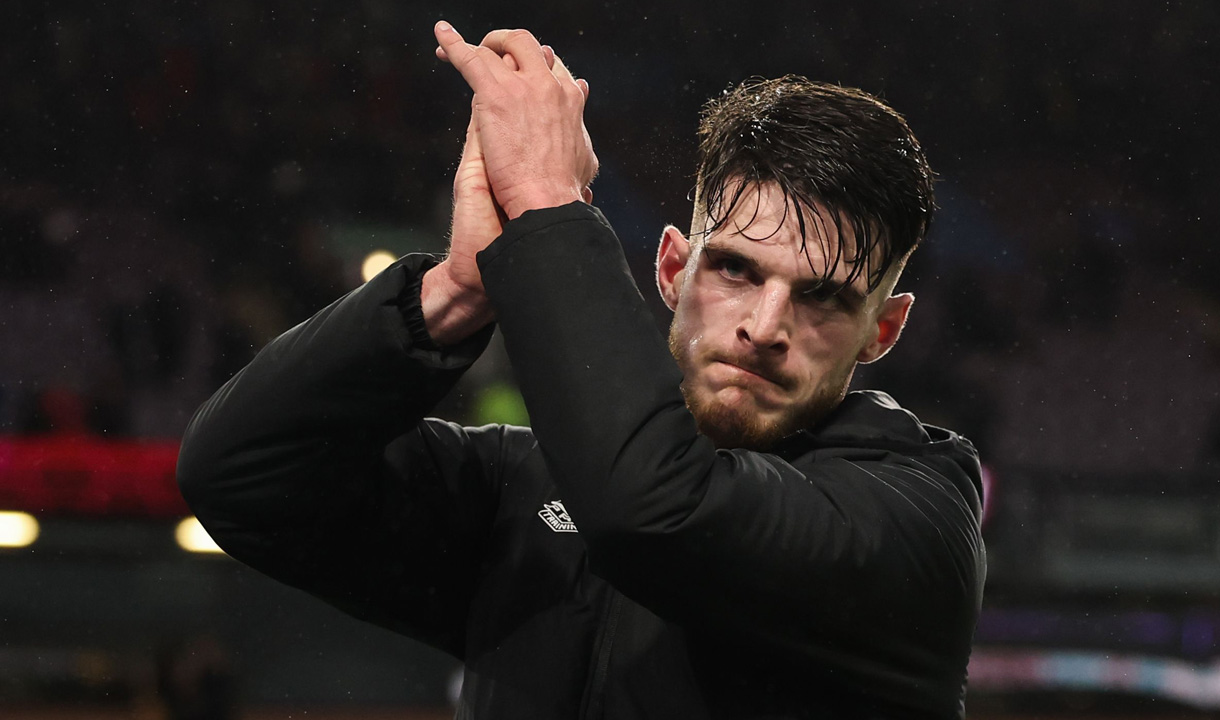 Declan Rice: We probably should have come away with three points

Declan Rice felt West Ham United’s second-half performance at Turf Moor warranted a Premier League victory over Burnley, rather than a goalless draw with the Clarets, on Sunday afternoon.

The Hammers controlled the game for long periods in Lancashire, particularly after half-time, when they created nine goal attempts and forced home goalkeeper Nick Pope into acrobatic saves to deny Said Benrahma and Jarrod Bowen.

Rice himself drove West Ham forward repeatedly as the game wore on, too, creating space for his teammates, but the Irons were unable to take advantage of the opportunities created, most notably when the captain’s final foray ended in Tomas Soucek shooting over the crossbar.

We probably should have come away with three points, definitely

“It was a frustrating afternoon,” the skipper admitted. “When I think about the chances we had there in the second half, getting into the clean-cut positions we got into to score a goal, but we didn’t quite get on the end of it or make the right decision, we probably should have come away with three points, definitely.

“When you come to places like Burnley, you always need to be secure out of possession. I just felt like I needed to up the levels myself. I knew I could go a gear higher and when I started to have the space and drive past like I know I can do, it started to make things happen.

“We became more creative, but I’m disappointed we couldn’t get that goal.”

The main reason West Ham drew a blank for just the third time in 16 Premier League matches was the performance of Rice’s England squad-mate Pope, who put on a flawless performance in front of watching Three Lions manager Gareth Southgate, who was in the stands at Turf Moor.

“I think Popey is a top goalkeeper, as I know from when I train against him with England,” Rice confirmed. “I should probably have told the lads before the game to go hard and low because up top he’s probably one of the best in the world at saving them. He’s a top goalkeeper and a great lad as well.”

Sunday’s stalemate also means Michail Antonio has now not scored in any of his last seven Premier League matches, having netted six times in his opening eight top-flight appearances this season, but Rice was quick to dismiss any criticism of his No9, instead insisting that goalscoring is a team responsibility rather that of just one player.

“I don’t think we can just rely on Mick to score our goals,” he continued. “He scored so many at the start of the season. It’s dried up a bit now, but I think every striker goes through that patch and he’s still a massive key for us and the way we play.

“It’s up to other players to score goals, including myself.”

West Ham return to action at Arsenal on Wednesday evening, with the 8pm kick-off being broadcast live in the UK by BT Sport 1 and BT Sport Ultimate.