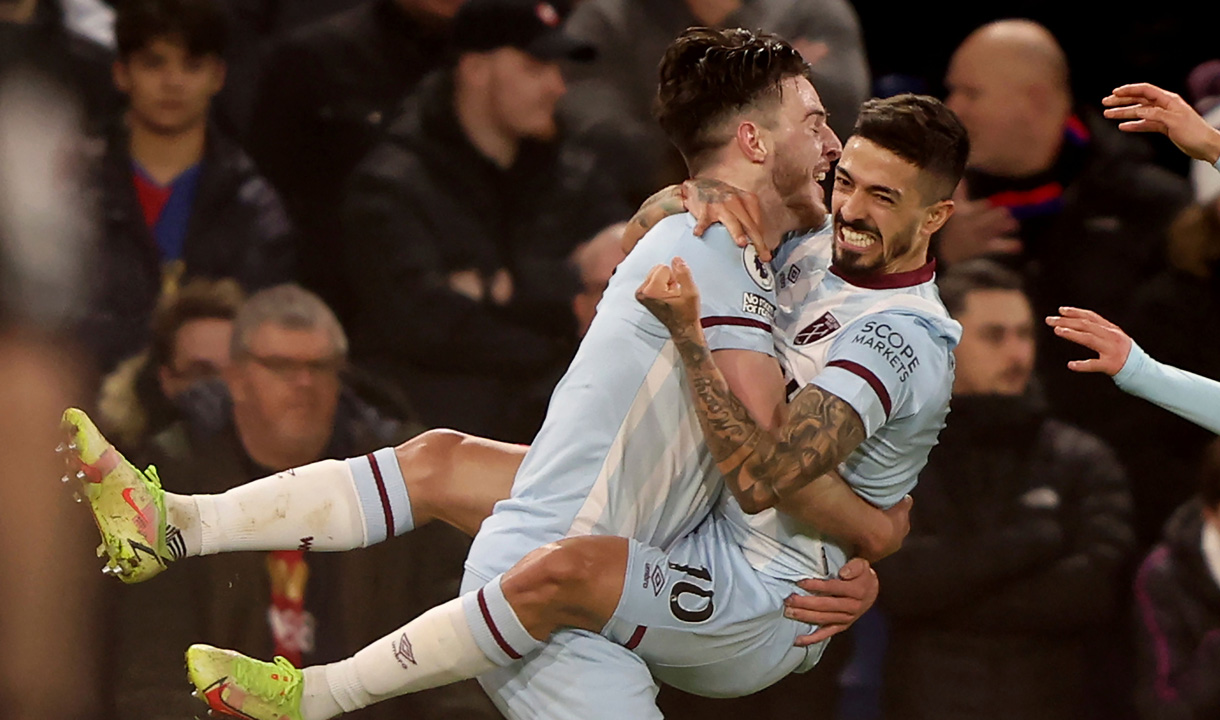 Benrahma provided a perfect cross for Michail Antonio to put the Irons in front, before Lanzini lit up Selhurst Park again with a sensational left-foot strike and a well-taken penalty to send West Ham in three goals to the good at half-time.

However, Palace had missed opportunities of their own in the opening 45 minutes and finally found their shooting boots in the last ten minutes, pulling two goals back through Odsonne Édouard and Michael Olise.

But the Hammers held on to win a sixth Premier League away game and third London derby of the season to close within a point of fourth-place Arsenal.

Speaking afterwards, captain Rice was pleased with the win, but felt David Moyes’ team could and should have managed the game better in the second half.

Declan, a win, but it was a hard-fought one?

“It was very tough. If you look at the game, in the first half we were probably luck to be in at 3-0 because of the chances they had, and then second half, we always talk about it as a team, that we need to be more confident, step up and put a bit more pressure onto them, but we sat back and gave away two sloppy goals.

“But, in the end, it’s three points, we’ve started the New Year well and we need to continue to build and be better.”

“It’s an amazing ball. He does that all the time in training and it’s just about getting that consistency. When he comes in off the right, whipping them balls in for the striker, he’s always a threat, and I’m buzzing for him to get the assist.

“I think he’s a player who needs confidence to perform. He’s one you need to put your arm around and make him feel like he’s the best player. In training he’s always on fire and in games you always see glimpses of magic from him.

“He probably didn’t have the ball as much as he’d have wanted tonight, but when he did he made it count and played some pivotal passes, which was massive for us.”

And what about Manuel Lanzini’s first!?

“It was a great goal. He touched it on his right and brought it back on his left and it was a great finish. Manu is a special, special player and probably nobody else in the team would have been able to manoeuvre the ball that quick. For him to get another two goals, I’m delighted for him.”

To recover from a run of one win in seven by scoring seven goals in two victories away from home is some going at the end of a busy period of nine games in a month?

“If you look at the schedule we’ve had, it’s been crazy, and we’ve done great to come out on top of it.

“They went up top with two strikers and with the atmosphere they have here at Selhurst Park, they can almost suck a goal in with the crowd.

“They were a handful, but we stood up to it. Obviously we didn’t want to concede the two goals, but in the end we stood strong and got the three points we wanted.”

You have become the youngest West Ham player ever to reach 150 Premier League appearances, so how does that sound?

“It’s nice to hear! I want to keep building and keep pushing and end the season with as many as possible and see what happens, keep going and keep racking up the appearances.”