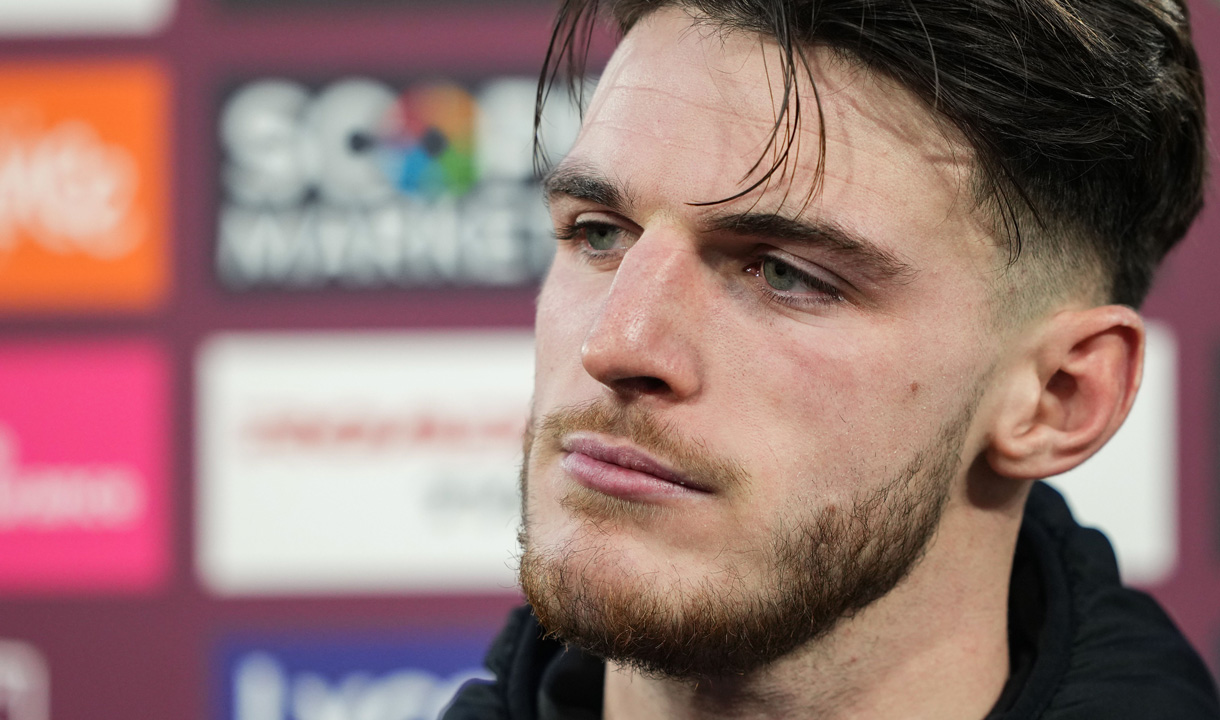 Declan Rice was philosophical in his assessment of West Ham United’s 3-2 home Premier League defeat by Leeds United on Sunday.

The Hammers lost for the first time in five matches in all competitions, with Jack Harrison’s hat-trick securing an unlikely victory for the Whites at London Stadium.

West Ham were uncharacteristically sloppy at the back as Leeds’ all-action, high-pressing style caused problems for David Moyes’ side, but Rice felt the Irons could still have got at least a draw from a game in which they equalised twice and were denied further goals by three fine saves from goalkeeper Illan Meslier.

What did you make of that today, Dec?

“It’s very frustrating. It was an opportunity to really push up in the table and get three points off Chelsea in second, so it’s an opportunity missed today, and a big one as well. Obviously we played Leeds last week and did really well and today we seemed to struggle, but that happens in football.”

The biggest frustration was presumably that we got level twice, then fell behind again soon afterwards?

“The same thing happened in the Southampton game as well – we get back in the game and then are pushing for it and they end up scoring another goal. Silly mistakes just cost us and that’s unlike us as usually we’re compact and we’re solid and we don’t normally concede from corners, but we also had some great chances ourselves to draw the game or get ourselves in front, so it’s a game of mixed emotions, really.”

We had chances, as you said, and kept going, with Jarrod Bowen having a big chance right at the end that hit his chest and bounced over the crossbar?

“Jarrod’s one at the end, I thought he was going to go with his head, but we can’t say anything to Jarrod because he’s been absolutely brilliant for us with the goals his putting in and his assists. It’s one of those ones where maybe he saw it late. We were in it right until the end and that’s what we’re going to keep doing every game.”

We’ve had three games in eight days, so would you say that had any bearing things?

“You could see we were running all game and we were matching them. The way they play is man-for-man and I don’t think anyone really understands, until you’re on the pitch, what that’s like to play against. They’re the toughest team to play in the Premier League, regardless of the position they’re in, the way they play is really tough to play against. They did well, but we also had massive chances, so that’s why it’s frustrating.”

We are still fourth in the Premier League table, though, so should we be remaining upbeat, despite this result?

“We need to be positive. There is nothing to be down about. We’re still fourth and I think our fans would much rather be fourth than down the bottom of the table looking up, so we need to keep pushing and see how far we can go. We’ve got a big game next week at Old Trafford, so we’ll see how we go up there.”