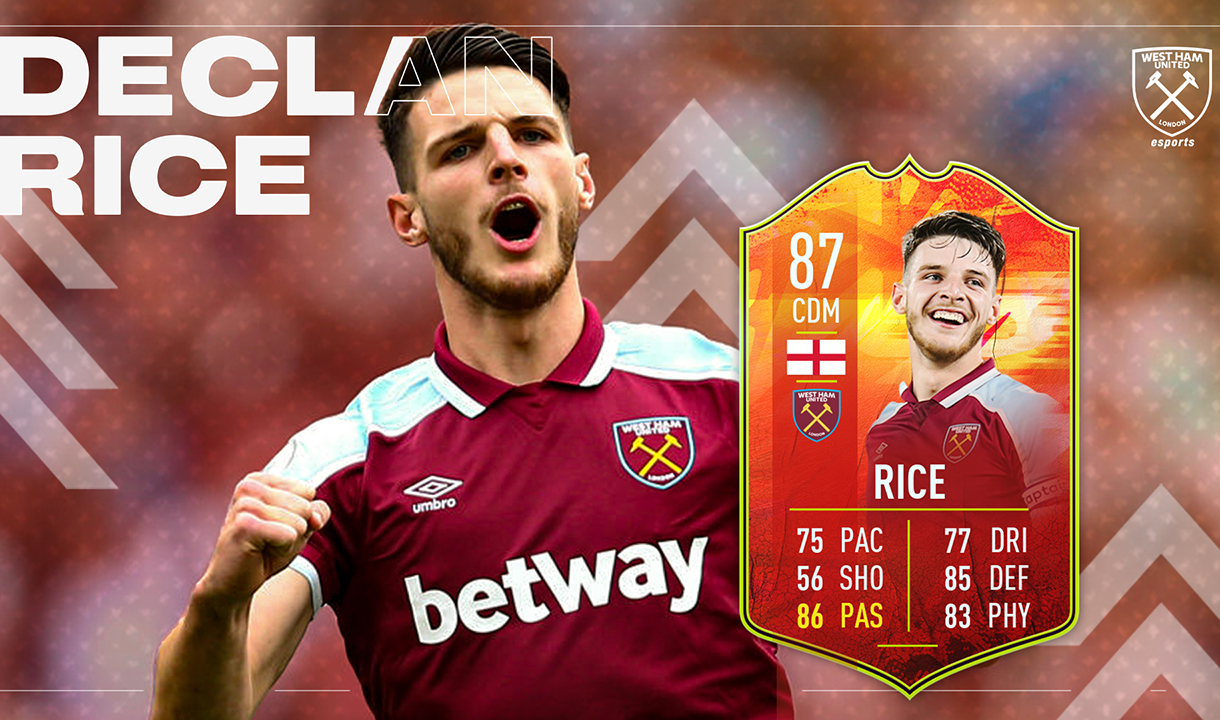 Declan Rice gets his numbers up in FIFA 22

West Ham United supporters who are also football gamers have enjoyed another boon to their week with the news that Declan Rice has been awarded a Special ‘Numbers Up’ card.

The Hammers have now enjoyed a remarkable six Special items in FIFA Ultimate Team inside the last month, with Angelo Ogbonna, Rice and Kurt Zouma all included in the FIFA Team of the Week at different stages.

Issa Diop has received a UEFA Europa League ‘Road to the Knockout Stages’ item, and Michail Antonio was reconfigured in the game in a Halloween-themed ‘Rulebreaker’ card.

Rice’s ‘Numbers Up’ card will see its in-game capabilities increase with stat boosts both at the end of December and in April 2022, at which point he will reach 99 in the Passing stat.

Initially, however, Rice sees his overall rating increased within FIFA Ultimate Team from the start-of-the-season 82 and a Team of the Week rating of 84 up to an awesome 87.

West Ham United gamers can collect Rice’s ‘Numbers Up’ card in FIFA 22 Ultimate Team packs as of 6pm on Friday 12 November. There is no confirmed deadline for collecting the card, but the promotion is likely to last a fortnight.