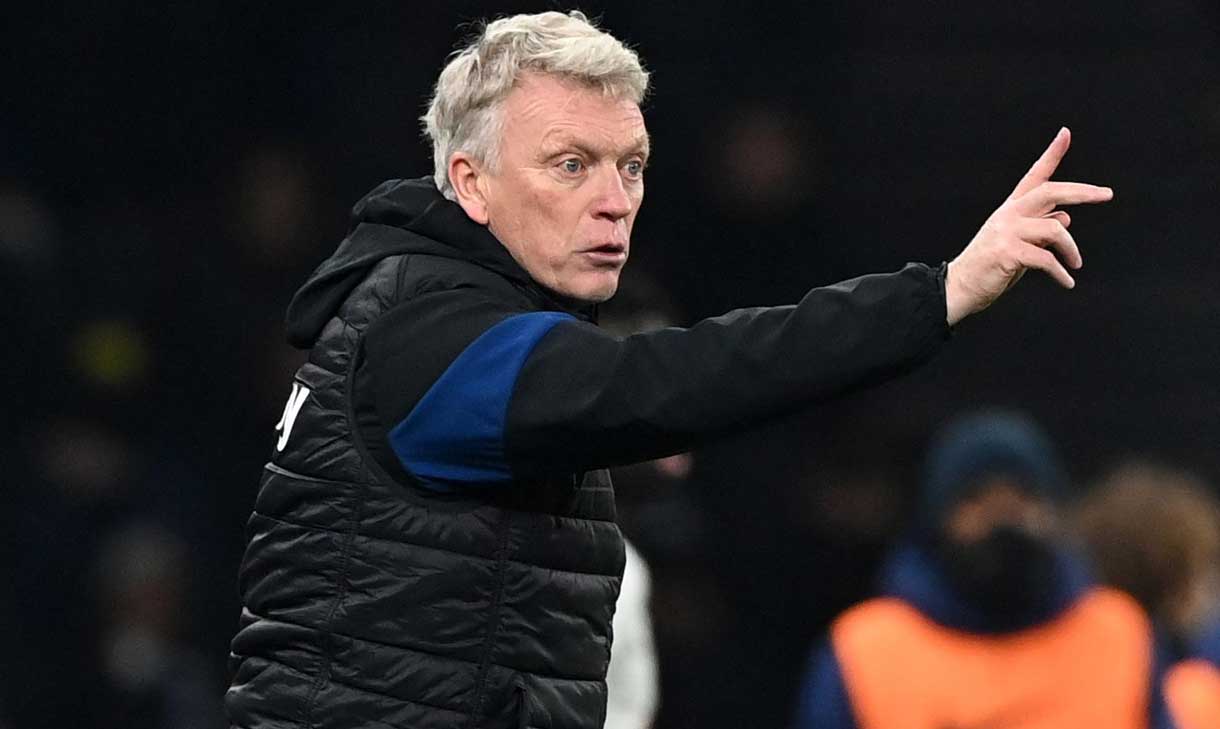 David Moyes: We want to finish the year strongly

As West Ham United prepare for their final home game of 2021, manager David Moyes is determined to ensure his team finish the year on a high.

The Hammers welcome Southampton to east London for a Boxing Day clash with Moyes’ men looking to build on the momentum a positive performance at Tottenham would have given them in midweek.

Although the Hammers came up short by the scoreline in their Carabao Cup clash, Moyes saw plenty to be enthused by and he wants to give the Claret & Blue Army a Christmas present against the Saints.

We’ve had an excellent 2021 and we want to end it in the right way.

We know we have to win the games. We’re not going to finish high up if we don’t win the games. We’ve got ourselves into a really strong position – probably a stronger position than we were at this time last season – so from that point of view we see it as a positive.

Yes, we’d like to be challenging the team in third, to try and get that position, but at the moment we’re trying to get back up to fourth.

We’ll use every opportunity to do so, but as you well know the season chops and changes as you go along. We’ve had a really good year and we want to finish it strongly to go into next year knowing we’ve got a team here who can compete, challenge and be as successful as we possibly can.

We drew at Southampton earlier in the season and we know they will make things difficult for us.

Southampton have been an interesting side this season. At times they have been capable of competing with the best teams and they’ve got a lot of good things there.

I think Ralph [Hasenhüttl’s] style is something he’s implemented really well and Southampton, wherever they go, give teams difficult games.

The volume of games at this time of year is a challenge of course.

We’d hope to give the players a bit of time and then get them focused back on their football, but when you’re churning out games all the time it makes it harder.

The challenges are to try and make sure the players recover quickly and trying to decide the best way you can play people. What you don’t want is to pick up serious injuries and lose them for four or six weeks because they’ve been over played.

I look back and we’ve had this schedule here in the UK for as long as I can remember. I used to go and watch games on Boxing Day and on New Year’s Day when I was a young boy, so all these things were part of football.

I’ve got to say the amount of games we’re asking the players to play, no free weeks for them, very little time off. I do believe something probably needs to change but that’s for the experts to decide and not me.

We’ve had a little dip recently but we’re working to get back to our high standards.

We had a fantastic start to the season which got us into fourth and now fifth. We have been so good that it would be difficult to absolutely maintain that all the way. Some teams started the season poorly and have picked up a bit now, while others really started well and maybe are having a little bit of a wobble, but playing this amount of games and asking the players to keep the levels up in every game can be difficult.

We’re a team growing and trying to build – we’ve probably had 18 months where we’ve been building upwards and it wouldn’t be unusual to have a little up-and-down period.

Players throughout the season will have periods when they’re on top form and full of confidence, and there will be periods when maybe they’re not quite as good as that. You have to try and manage them and help them through it.

We’re no different from anyone else, but for us to keep consistent is really important. We need to hang in as long as we can – it’s great that I’m not talking about staying out of the bottom three, because that was the talk at West Ham for a long time, but we’ve changed it really quickly and we’re enjoying the thought of being up around the top clubs.