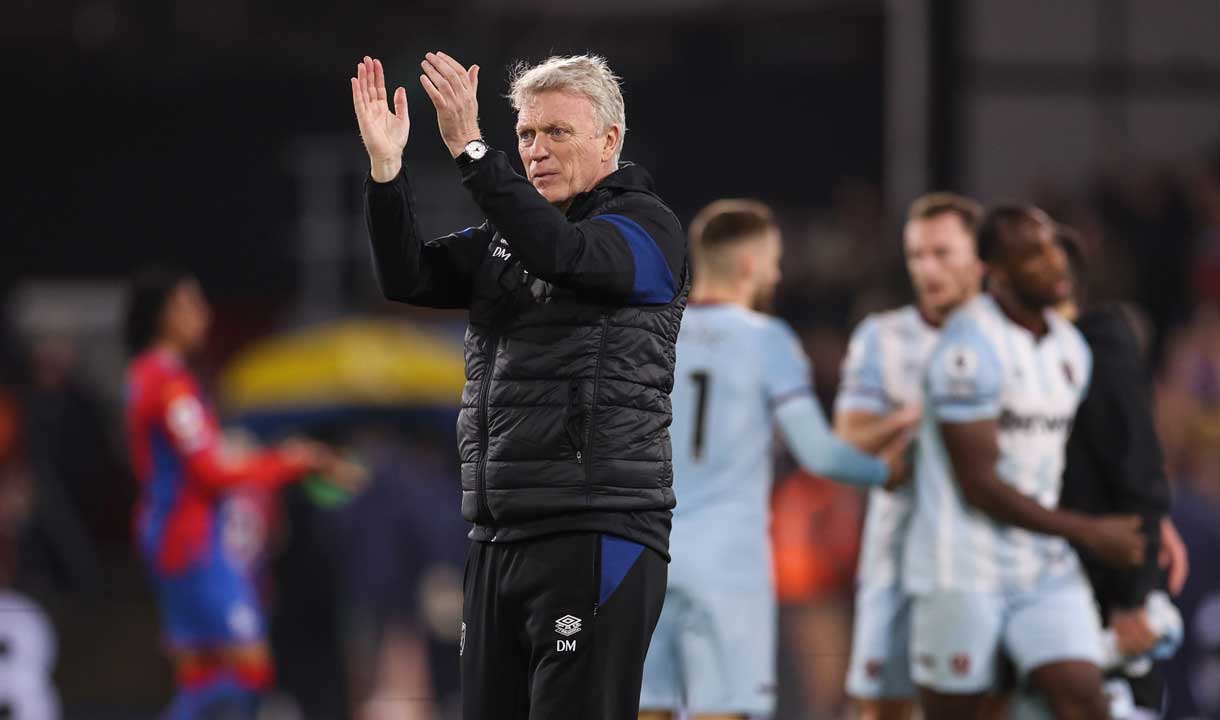 West Ham United boss David Moyes was delighted to start the New Year with three points at Crystal Palace, even if he had to endure a nervy finish to the game at Selhurst Park.

His Hammers side led 3-0 at the break thanks to a Manuel Lanzini double and Michail Antonio’s opener, and the scoreline remained that healthy going into the contest’s final seven minutes.

In truth, though, the Eagles had created a number of openings throughout, and their enterprise was eventually rewarded with two goals as the game reached its conclusion.

Thankfully for the visitors, there would not be a third as the Hammers made sure they would kick-off 2022 with the victory they craved.

It’s an important three points for us.

It’s a good start to 2022. I’m pleased to get the three points. It’s been a really tough schedule for us – the good thing is that the games have been relatively close to London from that point of view – but with the Carabao Cup game before Christmas too, it’s been tough.

We got 3-0 up in the first half, and we needed that advantage.

We probably scored against the run of play. They started the game much better and had some opportunities but, look, at this time of year you’re never sure how the game’s going to turn out. You never know who’s going to be fit, who could have COVID, we're all fatigued and just about at the end of a busy Christmas period.

We got three goals up, maybe we were a bit fortunate with the third. We got a VAR decision which as we all know hasn’t happened very often for us recently, but we went 3-0 up and we needed it in the end.

Manuel Lanzini has played an important role for us recently.

We’ve needed him. He’s helped us in a time when we’ve been a bit sticky with our form and haven’t had quite the same rhythm as in the first ten or twelve games.

At the moment we’re finding a way of trying to get results.

It was nice for a VAR call to go our way today.

I was sitting in the dugout and I thought the referee was quite close, so if it was going to be handball I thought he’d have given it.

It was good because we needed the third goal.

We’re back to scoring goals, but we need to be better at the other end too.

I want to build a team who scores goals, I really do. I want to attack, but what I don’t want is what happened in the second half when we conceded two goals.

We could have conceded more goals in the first half too, so that’s the bit I have to sort out.

We had a period coming out of the last international break where we struggled a bit up front, and we went a couple of away games without scoring, so it’s been good to score three and four in the last two games.

Overall we need to make sure we defend better too.