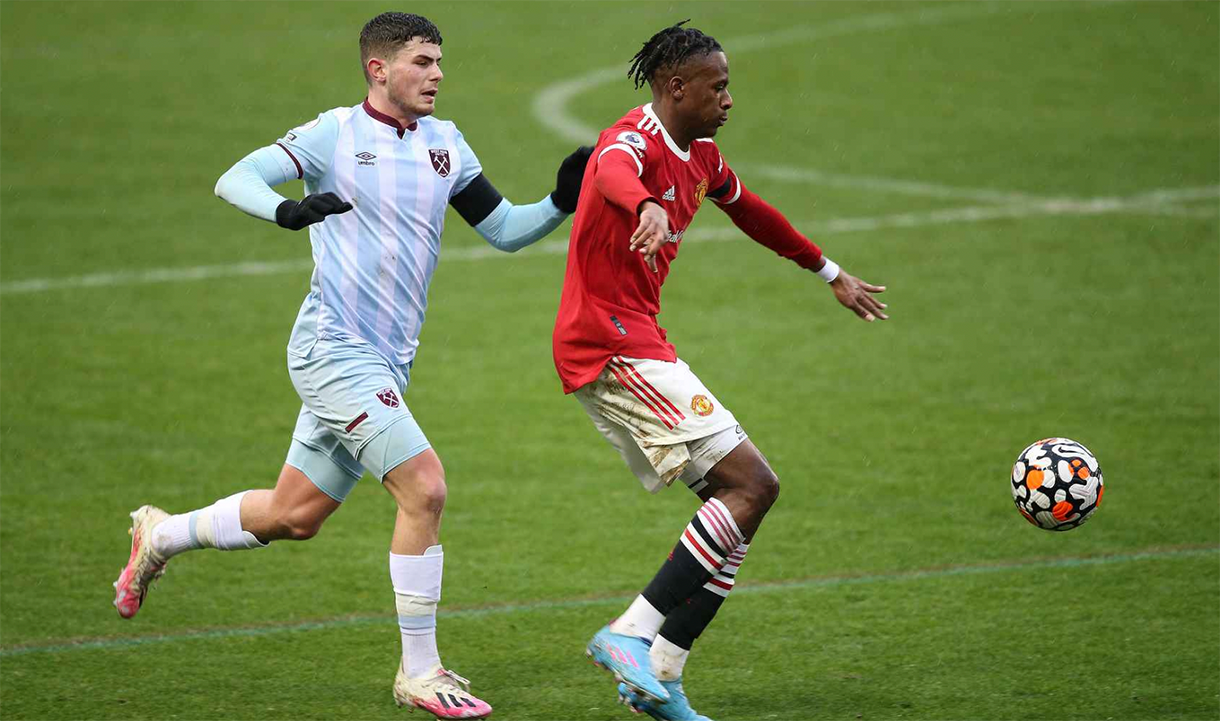 Dan Chesters: We couldn’t put away our chances

The midfielder had drawn the Irons level at Leigh Sports Village after D’Mani Mellor had given the Red Devils the advantage in this weekend’s Premier League 2 match, and it appeared the Hammers were on their way to victory.

However, despite chances galore, West Ham were unable to net another. Mellor would, however, while a late Connor Stanley finish secured the three points for Manchester United.

I felt like we had all the momentum, but we just couldn’t finish the chances we were creating

Reflecting on the match, Chesters told whufc.com: “I think we played okay but we couldn’t take our chances, particularly in the first half. We couldn’t kill them off and get more finishes, which let them back in in the second period.

“Then they scored a second and added a third late on. That said, we let them back in, so we let them win the game really.

“I felt like we had all the momentum, but we just couldn’t finish the chances we were creating. We had three or four good chances before half-time to finish the game off. We came out looking to win in the second half but a couple of individual mistakes cost us.”

Chesters’ fine strike from outside the area was only his second in Premier League 2 this campaign and the No10 was delighted to add to his own personal tally, and is hoping to become even more clinical for the side.

“I’m really happy with my finish. I think I took it well, but I also think I should have scored one or two more.

“Robbo has said to me that it’s important to add more goals to my game and become my clinical. As a team, we can’t keep dropping points when we’re trying to compete at the top of the league, so hopefully more goals can help with that.”

The 19-year-old’s strike comes just days after his contract extension with West Ham United was confirmed.

Chesters is hoping to build on his momentum to keep performing well and helping the U23s to win more matches.

Chesters added: “I was happy to sign the deal, and now I need to keep pushing on and keeping playing.

“We’ve got another big game coming up against Swansea City next week in the Premier League Cup and we’re also looking ahead to Manchester City in the league as well. They’re both big games for us.”