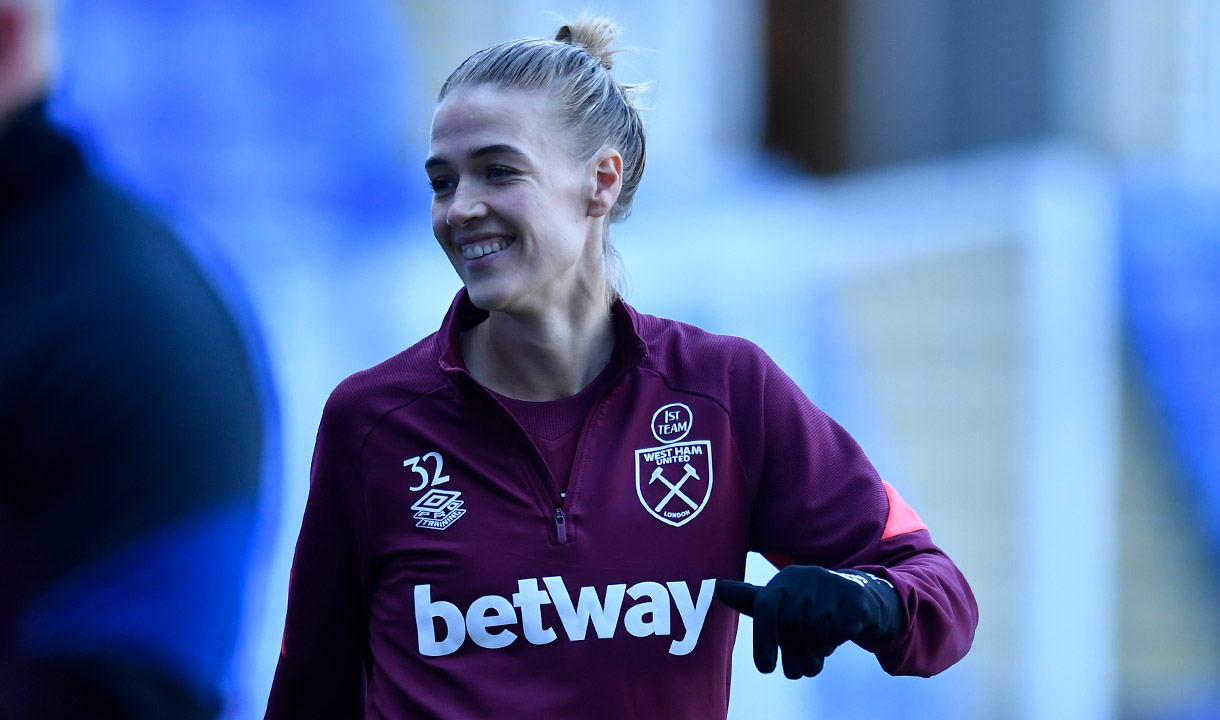 Dagný Brynjarsdóttir: Everyone played their part in FA Cup win over Reading

Dagný Brynjarsdóttir was delighted that she was able to fire West Ham United Women into the quarter-finals of the Vitality Women’s FA Cup on Sunday afternoon.

The 30-year-old midfielder came off the bench to score what would be the eventual winner in the first half of extra-time.

And after a battling performance, the midfielder was pleased that her and her team-mates were able to do enough to book their place in the draw for the quarter-finals.

“It was a really intense game and it could have gone either way to be honest. I’m just pleased that we were the ones to get through to the next round.

“It was a real team performance, everyone did well and the players that came on did well to keep the tempo and the pressure up.

“All the way back to Mackenzie Arnold, who made some good saves at 0-0 to keep us in the game – everyone played their part today.”

The Hammers had to fight for the win in chilly conditions at the Select Car Leasing Stadium, and could have easily been a goal down at half-time. Gemma Evans and Deanne Rose missed guilt edge chances for the hosts, but the away side responded and had chances of their own through Claudia Walker and Yui Hasegawa

And Brynjarsdóttir enjoyed the to-and-fro nature of the game, with her team coming out victorious in the end.

"With cup games, you always know that everyone is going to leave every last bit of energy out on the pitch, and I think that's exactly what you saw today.

"Reading really fought for everything and made it difficult for us, so I'm just really pleased that we're in the quarter-finals now, and hopefully we can keep moving forward in the cup."

The Icelandic midfielder notched her fifth goal of the campaign, and her second in successive FA Cup matches.

It’s been quite an interesting 48 hours for Brynjarsdottir, who only landed back at Heathrow on Friday afternoon, returning from the USA after featuring for her country in the SheBelieves Cup.

“I arrived back in the country on Friday, trained yesterday and then I’m playing this afternoon.

“It was 7am US time when we kicked off today and I’m still feeling a little bit jetlagged, but it was good to be back out there with the girls.

And now the West Ham fan is looking forward to the upcoming draw, which is being broadcast on ‘Morning Live’ on BBC One from 9:15am on Tuesday 1 March.

“It’s going to be exciting to see who we’re drawn against, but it doesn’t really matter who it is.

“We’re going to give it everything whoever we face because we really want to make sure we keep progressing as far as we can in this tournament to have a chance of clinching silverware,” she said.