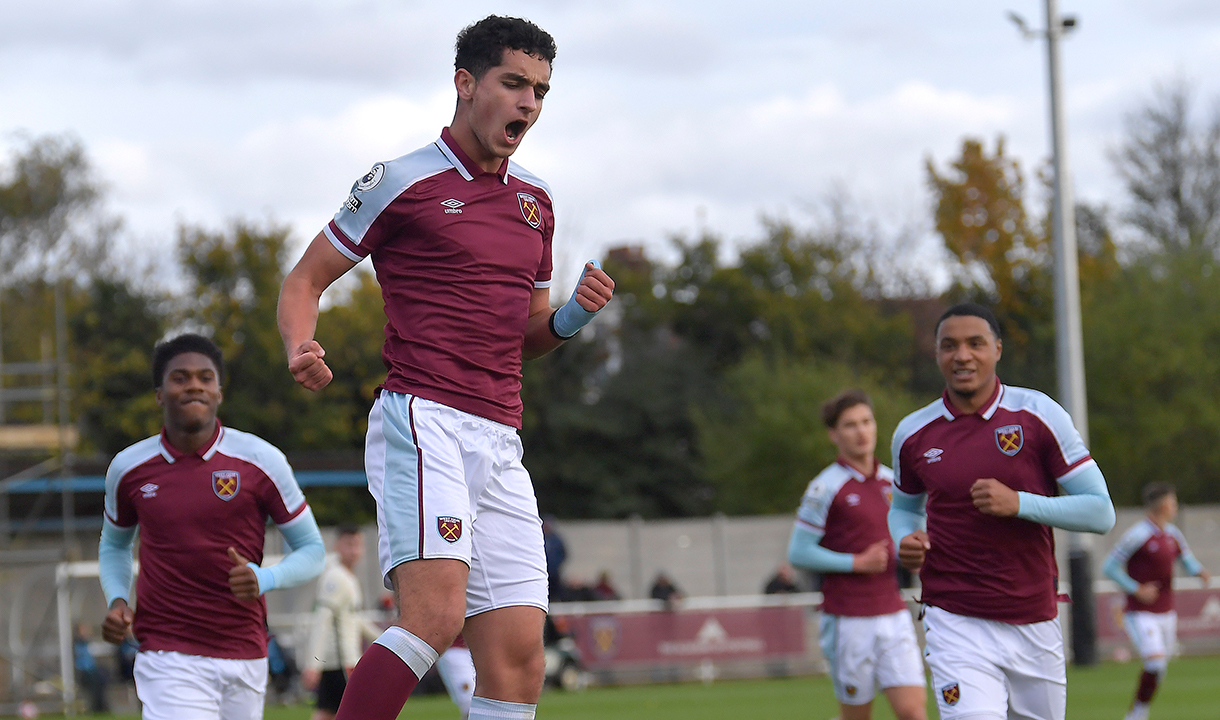 A performance of greater control will be the target for West Ham United U23s lead coach Mark Robson on Monday afternoon – although Crystal Palace U23s are likely to provide stiff opposition to that aim.

Little over 72 hours after the junior Hammers saw off Swansea City U23s 4-2 in South Wales in the Premier League Cup, attentions swiftly turn to Premier League 2 Division 1, in which they kickstart the second half of their season in South London.

Here’s all you need to know about the fixture, which kicks off at 1pm on Monday 6 December at Crystal Palace’s training ground…

The feelgood factor surrounding West Ham United at present does not solely pertain to its first-team – Robson’s U23s are flying.

Top of the Premier League 2 table at the exact halfway mark of the campaign, and – as of Friday – in a strong position to qualify from their Premier League Cup group, ten wins from their last 12 games in all competitions points to a team in sensational form.

Friday’s game saw a number of players on the fringes of the West Ham U23s team come into the side and impress, with four different goalscorers: Aji Alese netted a solo wondergoal, Jayden Fevrier scored his first goal since his return from long-term injury, and Armstrong Okoflex and Mesaque Dju both netted in the second half to put the game to bed.

That strength in depth will serve the Hammers well as they return to Premier League 2 Division 1 action on Monday, although lead coach Robson highlighted after both the recent wins over Swansea and Blackburn that, having controlled the first half and gone into winning positions, greater care in possession would have made the results easier to see out.

As West Ham U23s officially begin the second half of their season on Monday – their 27th of  29 games, including pre-season, before Christmas – the challenge, having gone top, is now to stay there, particularly with Tottenham Hotspur, Arsenal and Manchester City in close pursuit.

Crystal Palace U23s have adapted to life in the top division of Premier League 2 seamlessly.

Having secured Category One academy status in the summer of 2020, Monday’s hosts subsequently secured promotion from Division 2 at the first time of asking via the Play-Offs, in the same campaign as their U18s missed out on the league title on goal difference.

Back in the top tier, the young Eagles currently sit sixth in the table but, interestingly, do so having not drawn a single game so far, seven wins and six defeats comprising their points total.

Managed by former centre-back Paddy McCarthy - who made 151 senior appearances over seven seasons with the Eagles - Palace U23s boast a hugely talented crop of youngsters, including gliding 19-year-old winger Jesuran Rak-Sakyi, who scored a hat-trick against the Hammers at youth team level last season and made his first-team debut on the opening day of the Premier League campaign.

Rak-Sakyi has gone on to score an impressive nine goals in 12 appearances for the U23s, and has consistently featured for the U23s along with former Hammer, left-back Reece Hannam, and free-scoring 20-year-old forwards Rob Street (six goals in eleven games) and Scott Banks (five goals in nine games, including three in his last three).

The Hammers recorded a first clean sheet of the season the last time these two sides met back in September, as a solitary first-half strike from captain Alese proved the difference between the two sides, despite the Hammers dominating possession throughout.

West Ham United U23s lead coach Mark Robson: “It’ll be another tough game. Crystal Palace are a good side, a very organised side, so it’s going to be a tough challenge for us. At the moment, we go into the game full of confidence.

“The lads, at the moment, are always looking forward to the next game, so I’m sure that will continue and if we can keep getting performances like ours in the first half against Swansea, that will only bode well for us for the rest of the season.”

You can still follow proceedings, however, with our live blog on whufc.com from 12.30pm and Twitter updates, and there will be post-match reaction and highlights pieces available over Monday afternoon and Tuesday morning.